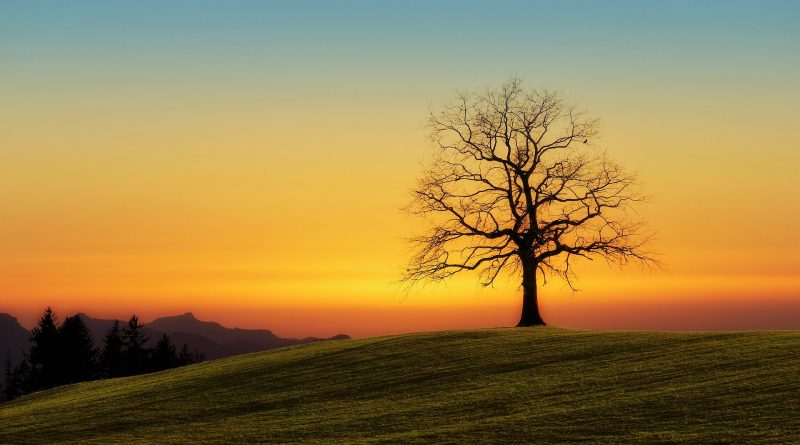 2021 – One third of plants at risk of extinction

For those who have been involved in research and analysis of biodiversity data for years, the scenario that presents itself is certainly not reassuring.
Biodiversity, both globally and locally, represents that matrix that gives solidity to the stability of life on Earth.
Ecosystems with a greater degree of diversity are able to face greater adversities and also acquire a greater capacity to dissipate the captured energy (which is largely solar), also helping to keep our planet “cooler”.
Biodiversity is therefore also the response of ecosystems in order to better transform the energy captured to make it available in different forms and moments for the so-called “ecosystem services”.
The premises made so far serve, in a very concise way, to dispel any doubts on the matter, especially among those who still assert that there is no link between global warming (climate change is a more complex relationship) and loss of biodiversity. Global warming also due to excessively entropic human activities that directly and indirectly affect planetary biodiversity.
To sanction this loss of biodiversity with unequivocal data (if ever it were needed) we thought about a research conducted by the Botanic Gardens Conservation International, lasting 5 years, which has mapped almost 60,000 plant species around the world.
From this research, reported in the State of World’s Trees report, an alarming picture emerges on biodiversity.
The study, carried out in the open field, accurately surveyed 58,497 plant species.
According to the State of World’s Trees, curated by Botanic Gardens Conservation International, there is a picture with the contours of a global emergency that requires immediate action. Almost a third of existing tree species are threatened with extinction. In all, there are 17,510, practically double the number of endangered species, mammals, birds, reptiles, etc., combined. As someone called it: a caporetto of biodiversity.
What is even more worrying is that the toll could also be heavier. According to the authors of the report, an additional 7.1% of plants could be at risk, while in one case out of 5 the data collected is not sufficient to decide the conservation status. Again according to the report, only 41.5% (less than half) of the plant species surveyed are safe (for the moment).
The research carried out by the authors then delved into not only the numerical data but also addressed the causes.
The greatest interference of the loss of biodiversity heritage comes from agriculture which, with its model, applied especially after the 1950s, continually subtracts land to often plant monocultures. The second factor in order of importance is deforestation, followed by livestock. Of all the causes, climate change is only ninth on the list but, as mentioned, this is more effect than cause.

The data from this massive study also tells us that biodiversity loss is spread across all continents.
However, the alarm comes from the consideration that some of the most important biodiversity reservoirs are in the most worrying conditions of degradation. Above all, Brazil: of the 8,847 plant species surveyed, 1,788 are those at risk: 20%. Worse, in proportion, are only Indonesia and Malaysia (where, however, the species present are almost half of those of the Latin American country), with respectively 23 and 24% of the species threatened. Tropical islands also pay a disproportionately high price.
The study then concludes its analyzes with merit assessments by stating that there is a well-founded fear that the extinction of some key species could trigger a chain process capable of collapsing entire ecosystems.
Among other things, it is not always easy to identify what consequences derive from the loss of a species. Indeed, predictions in such complex and non-linear systems is almost impossible.
Finally, the Botanic Gardens Conservation International identifies possible solutions.
These range from the need to expand protected areas in order to safeguard as many species as possible, to keeping the most endangered species in botanical gardens or seed banks, and securing more funds for global conservation activities.
But the central focus of the issue is that we must suddenly change (there is no more time for ifs and buts) the agri-food model.
The expansion of the intensive agricultural model is the main driver of deforestation and the consequent loss of agricultural and forest biodiversity. Furthermore, the agricultural specialization system produces highly concentrated commercial systems in large structures.
For this the greatest transformative change is needed in the way we produce and consume food. We must move away from the current situation where the demand for food is linked to inadequate agricultural practices leading to large-scale conversion of forests and loss of biodiversity.
It is necessary that all countries (without exception) suddenly adopt:
– a conversion towards the adoption of agroforestry and agroecological production practices;
– the restoration of the productivity of degraded agricultural land;
– the adoption of healthier diets and the reduction of food losses and waste;
– a model of short-range commercial connection between those who produce and those who consume.
Furthermore, farms should honor their commitments to deforestation-free product chains, and farms that have not made zero deforestation commitments should. Commodity investors should adopt business models that are environmentally and socially responsible. These actions will, in many cases, require a review of current policies and financial incentives.
Ultimately, the entire world agricultural policy must be rewritten and, therefore, also European.
Sicily has moved in this direction (and could become an international example) with the L.R. 21 of 29 July 2021 (Provisions on agroecology, protection of biodiversity and Sicilian agricultural products and technological innovation in agriculture …) but it is only the first stone of a very complex building; the bulk of the work we still have to build.