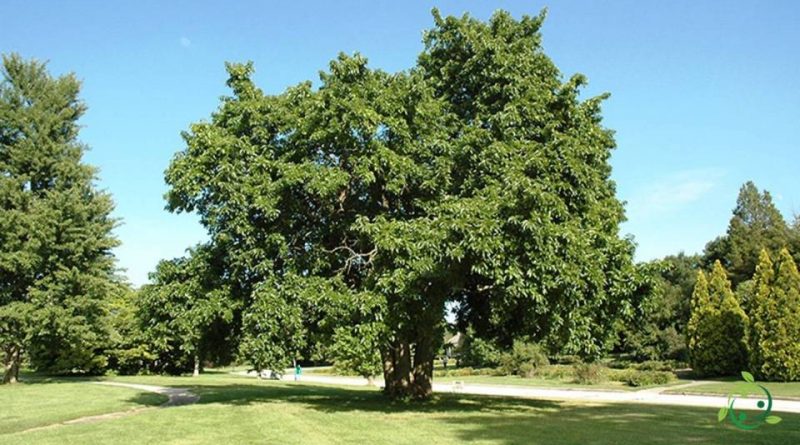 How the Osage orange is grown

The Osage orange (Maclura pomifera (Raf.) CK Schneid.) Is an arboreal plant of the Moraceae family, native to North America and introduced in Europe in 1818 and in Italy in 1827. The name is linked to the knowledge of this plant by the American Indians, in particular, it seems, the Osage tribe, who used its flexible and elastic wood for the construction of bows (and, for this reason, in Lazio it is also called “arch wood “).
The Osage orange is a dioecious plant (therefore with male specimens separated from the female ones) with spherical inflorescences, both male and female, with a diameter of 2-3 centimeters. The fruit has a spherical shape with a diameter ranging from 8 to 15 centimeters, green and wrinkled. It has a woody consistency, with a greenish and wrinkled surface, and with milky juice. It is a multiple fruit (in particular of a sorosio), that is, derived from the transformation of an entire inflorescence. It is not edible.

Cultivation –
Maclura pomifera, in order to be grown at its best, needs full sun for many hours a day but can also grow in partially shaded areas. Withstands winds, even very strong or brackish in coastal areas. The plant resists the cold well and also survives the harsh winter temperatures below 15 -18 ° C.
It should also be remembered that, due to the very extensive type of root system, this plant should only be grown in the open ground and in areas with a lot of space around it.
From a pedological point of view, it is a plant that, while adapting to any type of soil, even if it prefers loose, deep and well-drained soils that allow it to properly develop the root system.
The moro degli Osagi should be planted in spring or autumn even on landslide soils; moreover, being a plant resistant to pollution, it is suitable, as well as in the open countryside, to be grown in urban areas where it helps purify the air. Thornless varieties and male plants that do not produce fruit are generally grown.
The fertilization of Maclura pomifera must be carried out in pre-planting, placing organic fertilizer in the hole that will host the plant and subsequently every year, at the end of winter, at the base of the collar and subsequently mixing the fertilizer with the soil.
As far as irrigation is concerned, it should be remembered that only young plants, especially as soon as they are planted, need irrigation supplies. Adult plants find the necessary water on their own, through the extensive root system.
In any case, in the early stages after planting, at each irrigation, avoid water stagnation.
It should be remembered that Maclura pomifera reproduces by seed and is propagated vegetatively also by cuttings and that pruning is carried out at the end of winter by cutting the dry branches and shortening those that are too long and disordered by about 1/3. Even the innermost ones must be reduced to favor ventilation and greater insolation of the entire foliage.

Uses –
The Osage orange, in the areas of origin, had long been known to the natives and used in the construction of arches, dyeing of fabrics, as well as as a remedy against conjunctivitis and inflammation of the eyes. The dye obtained from the bark and roots was used to dye the face with a lemon yellow color in Osage rituals.
This plant has a very hard and elastic wood and a pleasant ocher color, with beautiful darker veins; it can be used for fine artisan creations or for making durable tools, in addition to the aforementioned bows. In fact, the name given to the plant by the first French colonists was “bodarc”, or the contraction of “bois d’arc”.
The fruit is appreciated by squirrels, while in humans, although not poisonous, it causes vomiting and is not edible.
The plant has had a certain diffusion in the United States since the early nineteenth century, both because if pruned and kept at shrub level thanks to the characteristic thorniness it forms excellent hedges, capable of keeping livestock at bay and acting as a windbreak, and because it is ornamental, both because its wood, with its great ability to not rot even in water-saturated environments, was favored for the construction of wharfs, railway bridges and other durable artifacts that had to resist water. It was also used for small boats, especially in Texas in the mid-nineteenth century.
Moreover, during the crisis of ’29, which in the western states coincided with a process of erosion and desertification, it was chosen by Roosevelt as the main plant to build large hedges and windbreak thickets.
It should also be noted that in Italy, starting from the mid-nineteenth century, following the appearance of a serious form of infection that affected the roots of the white mulberries used in sericulture, an attempt was made to use the leaves in the feeding of the silkworm, but with little success, given the lack of nutrients compared to the mulberry leaf.
Today it is used as an ornamental plant and to create impassable hedges. Reaching considerable size as an isolated specimen, the adult tree largely loses its thorniness.