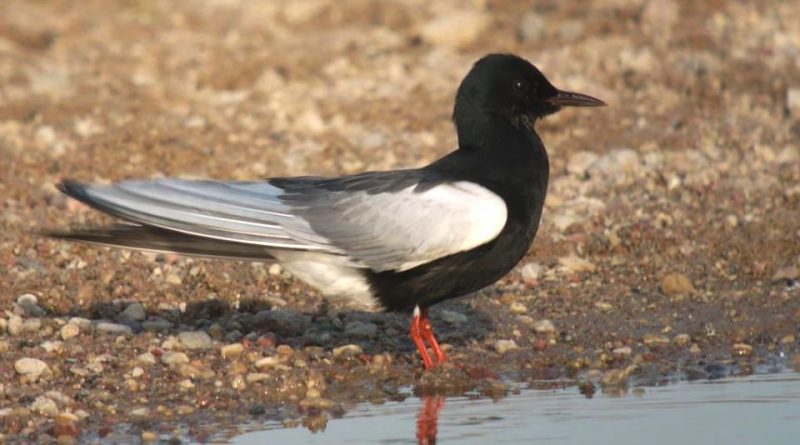 The white-winged tern or white-winged black tern (Chlidonias leucopterus, Temminck 1815), is a bird belonging to the Laridae family.

Geographic Distribution and Habitat –
The white-winged tern is a monotypic species present in all continents even if with different distribution.
In Italy there are rare nesting sites in the Po Valley (rice fields in the Vercelli area) in environments with the presence of water.
Its breeding habitat is freshwater swamps from southeastern Europe to Central Asia and the Russian Far East.
In winter it migrates to Africa, South Asia and Australia. It is rare in North America, mainly on the Atlantic coast and with few sightings on the Pacific coast and inland in the Great Lakes area. 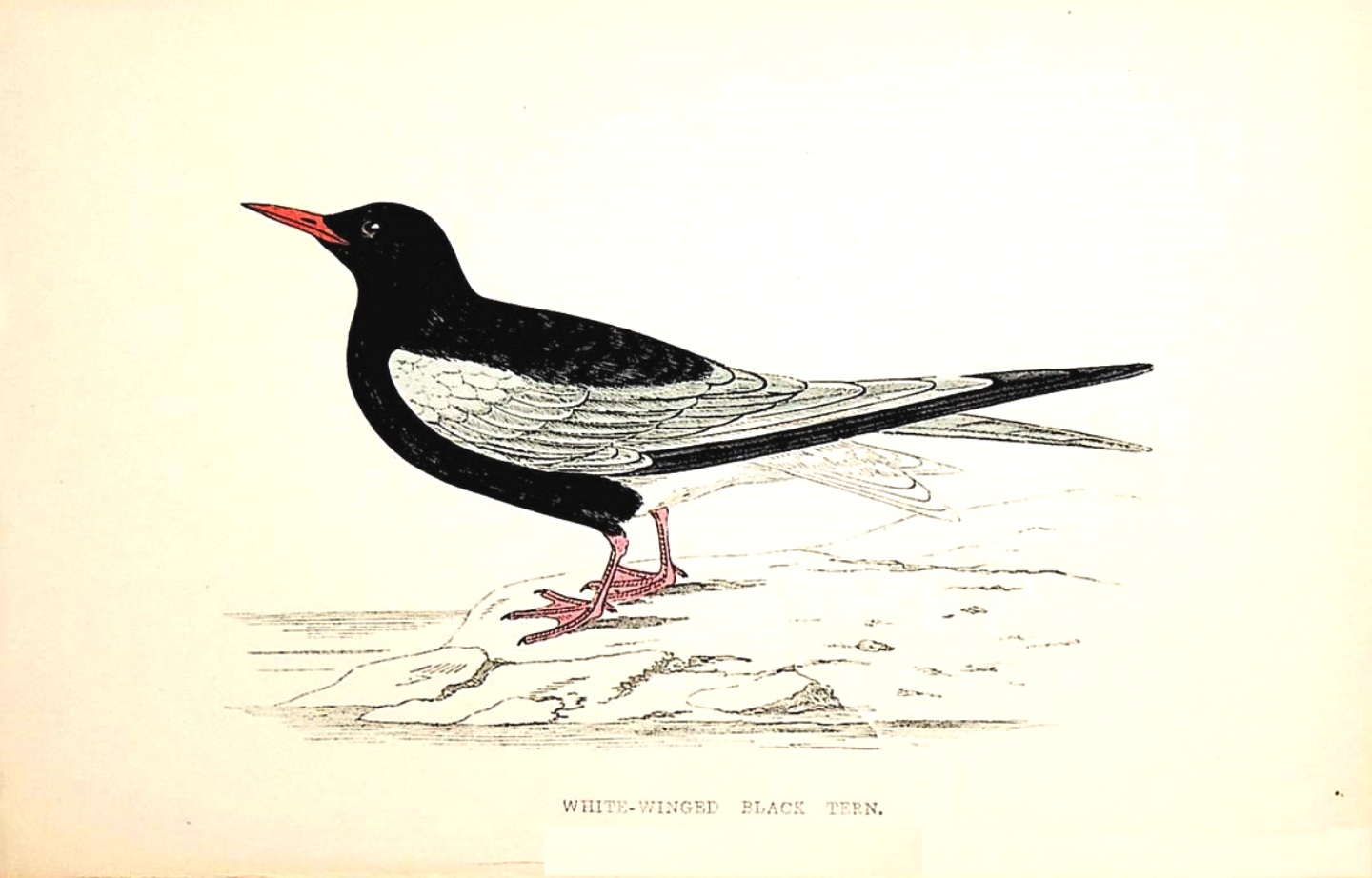 Description –
The white-winged tern is a bird with a length of 23-26 cm and a wingspan of 50-63 cm that does not have sexual dimorphism.
These birds, in wedding dress, have a dark gray back, while the wings have a light gray color and almost white on the inside front and dark gray at the ends. The undersides of the wings are gray with a large black area running from the chest to the wrist in the front.
The head, the chest and a good part of the abdomen are black, while the undertail, the upper tail and the back of the abdomen are white. The beak is black and the legs are red.
In winter, the parts of the body of this species become all white except for some gray areas of the head and a black speck behind the eye. All parts of the upper wing are light gray with some darker areas, such as the extremity, inner and rear of the inner wing. The legs turn dark red and the beak remains black.
The juveniles resemble the adults in winter dress except for the part of the back which has a dark gray color with brown streaks and the head with fairly extensive blackish areas.
In flight, the flapping of the wings is superficial and pleasant.

Biology –
The Chlidonias leucopterus nests in humid environments and in the rice fields together often with the Common Tern. Like the latter, it builds a floating nest in very shallow water.
It lays 2-4 cream-colored eggs in a nest built with small reed stems and other vegetation.
The nesting period usually takes place between April and June and both parents provide for incubation for just over 20 days. After the same number of days, the chicks are usually able to leave the nest, fly and feed independently.

Ecological Role –
Chlidonias leucopterus can hybridize with the black tern (Chlidonias niger, Linnaeus, 1758), a hybridization that has been recorded in Sweden and the Netherlands.
The favorite food of Chlidonias leucopterus are aquatic invertebrates; furthermore, these birds do not dive to fish, but slowly fly over the water to collect objects on the surface and catch flying insects.
They eat mainly insects and small fish.
The Black Tern is one of the species covered by the Agreement on the Conservation of Afro-Eurasian Migratory Waterfowl (AEWA).
The main threats for this species are represented by the decrease in nesting habitats, the diminished source of food and agricultural mechanization.