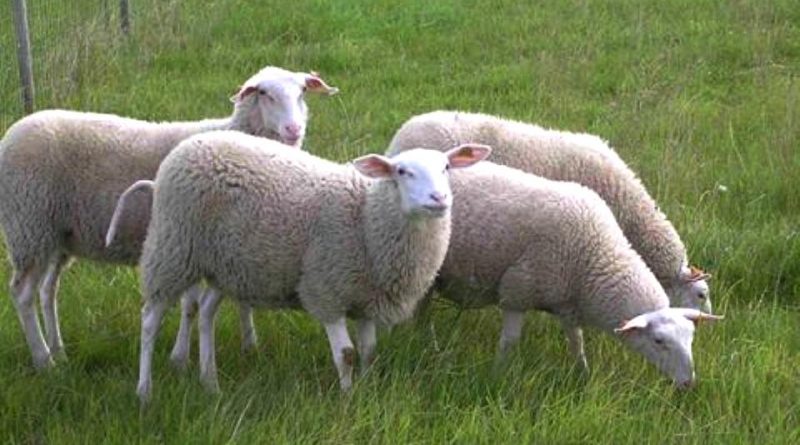 The Belgian Dairy Sheep is a Belgian sheep breed (Ovis aries Linnaeus, 1758) native to Flemish, with a main aptitude for milk production.

Geographic and Area Distribution –
The Belgian dairy sheep is an indigenous breed that is among the four main ones of this country although there are 21 of them.
The Belgian dairy sheep (Mouton laitier belge) probably originates from the Friesian breed and was quite widespread in Belgium in the 1900s, about 180,000 head, now reduced to 1,200 head.
The sheep is also known as Ratstaartschaap, or “rat tailed sheep”.
Today, the Belgian dairy sheep can be reared along the North Sea coast, as well as in the hilly areas of the Ardennes. Thanks to its hardiness and adaptability, and the similar climate that all these regions have, the breed is not closely linked to a specific area of ​​Belgium.

Origins and History –
The Belgian dairy sheep probably descends from the Flemish sheep (the Vlaamse schaap and the mouton Flamand), documented for the first time in the 17th century, and is also related to the Polder sheep (the Polder schaap and the mouton des Polders) of the North Sea coast of which we have news since the Middle Ages. The Flemish Polder sheep has been selected for milk production since the 19th century and after the Second World War all the remaining Flemish dairy sheep were brought together under the Belgian dairy breed.
The standard was set in 1930.
At the beginning of the 2000s, there were only just over a thousand Belgian dairy sheep left, reared by 40-50 producers, who sold the milk, cheese and meat of this breed in a few specialized shops. However, the exact number of breeders who, as a hobby, breed this breed for personal use is not known. One of the reasons for its numerical decline lies in the fact that the agricultural policies of the European Union after the Second World War, introducing subsidies for the breeding of cows, caused the abandonment of that of sheep by many producers, preferring the most intensive cattle breeding, often with hybrid and commercial breeds. The numbers speak for themselves: 100 years ago, there were still 200,000 Belgian dairy sheep, in 2011 there were only 1200 left. This breed is clearly in danger of extinction, given the low number of specimens and the reduced geographical distribution.

Morphology –
The Belgian Dairy Sheep is large in size with a minimum shoulder width of 75 cm for females and 85 cm for males.
The average weight is up to 100 kg for males and up to 75 kg for females.
The coat is of an extended white color; the head devoid of horns, typical long tail, fine and devoid of wool.
It has long thin legs and a cream-colored coat.

Productive attitude –
The Belgian dairy sheep is a sheep with a main aptitude for milk production; lives in flocks and is very fertile.
Although its name only indicates the tendency towards milk production, these sheep are also raised for their excellent wool and, in part, also for their meat. Milk tastes very creamy, and at least one producer is still known to be able to use it to make cheese. Milk is very suitable for cheese production thanks to its high dry matter content. The wool is of very high quality because it does not contain kemp (a rough fiber), and therefore is very soft, perfect for spinning. Meat is also very popular, with a lower amount of intramuscular fat than normal and a higher level of protein.
The tail and chest do not produce wool. The belly, head, tail and the area around the base of the tail, as well as part of the neck, are not very hairy and lacking in wool.