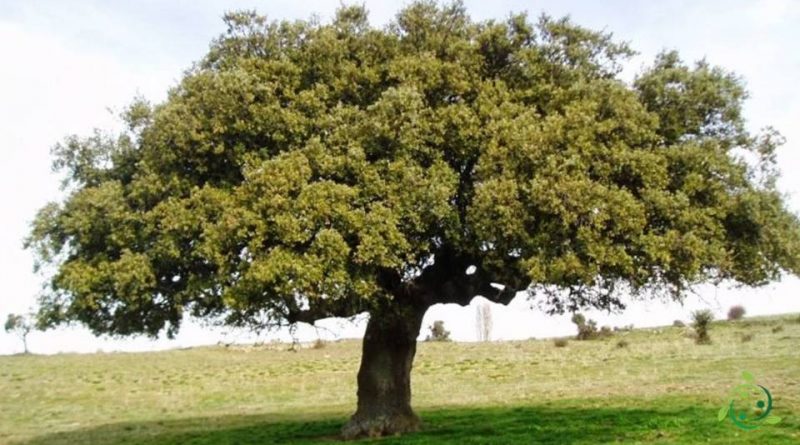 How the holm oak is grown

The holm oak (Quercus ilex L., 1753) is a tree of the Fagaceae family, widespread in the countries of the Mediterranean basin. It is a plant widespread throughout the Mediterranean Basin and in Italy it is spontaneous in areas with a milder climate, where it is also very common in gardens and city avenues.
The holm oak is a thermophilic species characteristic of the Mediterranean scrub, it is found from sea level up to 600 m (even higher in Southern Italy). This evergreen oak is very long-lived and can reach a thousand years.
Its reproductive structures are male flowers that are arranged in glomeruli forming filiform catkins, while the female ones, with a short peduncle, are found on the branches alone or in groups of 2-3. The acorn is up to 3 cm long and has a light gray dome with appressed scales.

Cultivation –
The holm oak, both for its resistance, longevity and durability, is used not only in tree-lined avenues, but also in real windbreak barriers.
However it can also be used as a plant to be planted in a lawn for those who want a strong and spectacular tree in combination with other species from arid climates such as the olive tree or the acacia.
From the pedological point of view, the holm oak tree prefers alkaline soils that are not too clayey and well exposed to the sun, naturally in warm or mild climates as the tree does not like harsh environments: it is advisable not to plant it too close to homes because being an evergreen it does not lose its leaves, which in winter can prevent the passage of sunlight due to their density.
Holm oak propagates via seed, which is found in acorns. These in autumn reach full maturity and can be harvested and sown in pots for no more than two months. The resulting seedlings must then be transplanted into the ground and planted in about three years: to ensure excellent growth it is important to mulch with substances rich in organic material.
Once the plant begins to become an adult it can also be subjected to pruning.
The holm oak tends to form a thick crown which may require pruning.

These interventions can be summarized in:
– containment pruning, or the removal of dry secondary branches for size requirements;
– rejuvenation pruning, which involves the removal of the primary dry branches of the holm oak, which, however, is not “thinned out” because the secondary branches are not touched;
– topping, which is the most used type of pruning for aesthetic reasons as it allows you to give the crown the desired shape.
The holm oak, however, finds an important use in the silvicultural field.
In this case it is mainly cultivated in coppice for the production of firewood; it is important because it allows to obtain productions even from difficult soils. The generation capacity of suckers after one use is very good and greater than that of deciduous oaks. The shift generally ranges from 30 to 45 years, however even extended shifts of 45 to 55 years do not compromise the ability to generate suckers. The production of holm oak coppices is modest, varying from 2 to 5 m³ per hectare of annual increase. The aesthetic function of the tall forests that characterize areas of coastal peninsular Italy is also noteworthy.

Uses –
Holm oak wood is too hard to be easily worked but on the other hand it is excellent for producing firewood and is rich in tannin.
The plant is used especially as a forest plant and to tree roads and parks.