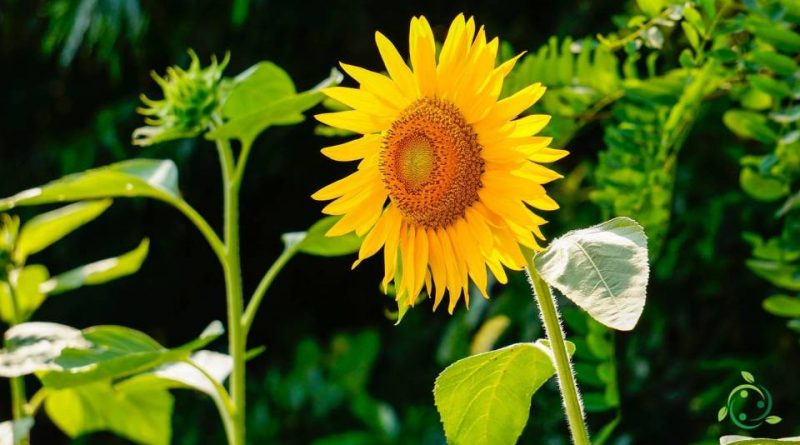 With the term heliotropism (or phototropism), word derived from the Greek ἥλιος “sun” and τρέπω “I turn” we mean, in plant physiology, the property that almost all plants have to orient themselves, in their growth, according to the direction of light .
Specifically, we talk about:
– diaeliotropism, when the leaf blades are oriented perpendicular to the sun’s rays (Helianthus annuus);
– paraeliotropism, the leaf blades are oriented parallel to the sun’s rays (Lactuca serriola).
The heliotropic sensitivity of an organ can vary: thus the flower petioles of Linaria cymbalaria after pollination become heliotropically negative and, curving in the opposite direction to the light, they lead the young fruits to ripen in the cracks of the walls or rocks on which the plant grows.
According to some botanists, heliotropism is explained as a consequence of the action of light on the growth of the two sides of an organ which are affected by different intensity; however, the hypothesis that it, like geotropism, is a phenomenon of excitability, of the same nature as heliotactism, cannot be ruled out. In fact, there are substances which, without affecting the growth, excite the effect of the light stimulus, and there are organs (such as the young cotyledons of germinating grasses) in which the stimulus is perceived only at the apex, while the one that curves is the lower part kept in the dark.
Heliotropism can be positive (movement oriented towards sunlight, for example in the aerial parts) or negative (movement oriented in the opposite direction, for example in the roots).