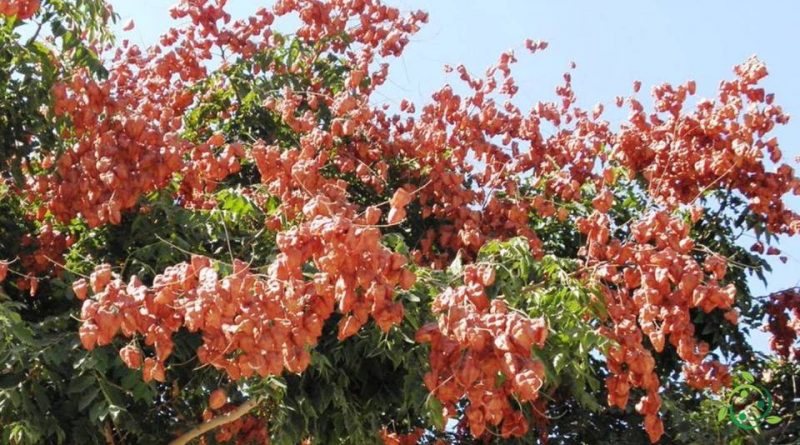 How the goldenrain tree is grown

The goldenrain tree or pride of India, China tree, varnish tree (Koelreuteria paniculata Laxm.) is a plant of the Sapindaceae family, native to China, Korea and Japan that was introduced in Europe for the purpose ornamental after the mid-eighteenth century.
This tree has yellow flowers, which have a somewhat asymmetrical calyx, and a corolla with 4 conniving, elongated, reddened petals at the base. The fruit is a capsule that opens along the dorsal sutures, with three convex edges, containing some black and spherical seeds.

Cultivation –
Let’s now see how the goldenrain tree is cultivated.
Koelreuteria is a plant grown in southern Europe as an ornamental plant.
It is a plant that prefers loose, well-drained, deep and humus-rich soils; even if it adapts to any type of terrain. However it is that the soil allows for proper water drainage.
These are plants that are grown in a very sunny position, while bearing the semi-shady positions well.
As for the top, the adult specimens do not fear the cold, but it is good to plant the very young trees in a place sheltered from the wind. Late frosts, on the other hand, can cause serious problems.
It tolerates hot and sultry summers well, while if these are humid and short, problems can arise and the plant can present the onset of fungal diseases.
They are also plants resistant to air pollution which makes them very suitable for city parks.

Koelreuteria paniculata is a plant that grows with the humidity ensured by the rains but if planted in spring it is advisable to water the newly planted trees sporadically, especially if they are small in size.
Generally it is the younger specimens that need greater quantities of water to develop at their best, always avoiding water stagnation which can be very dangerous for the health of Koelreuteria paniculata and can lead, as mentioned, to the appearance of fungal diseases.
As far as fertilization is concerned, this must be done at the time of planting, placing organic fertilizer in the hole of the young plant, and then in autumn or spring by mixing the soil at the base of the stem with a fully mature organic fertilizer.
Finally, Koelreuteria pani culata propagates by seed, in spring, or by semi-woody or root cutting.

Uses –
It is a tree of ornamental interest, found in parks and gardens in areas with a relatively mild climate. Its interest is given by the beautiful foliage, the yellow flowering and the curious fruits that remain on the plant for a long time.