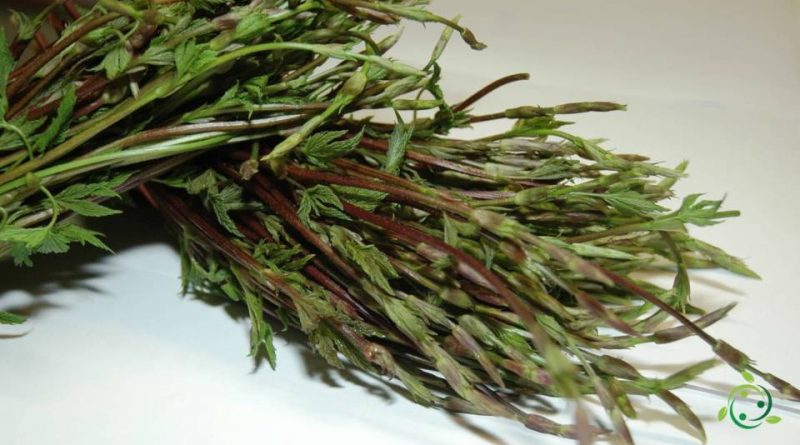 The shoots of wild hops (Humulus lupulus L., 1753) frequently called aspargina, are harvested in spring and are excellent for omelettes and risottos. The apical shoots of wild hops resemble asparagus in appearance and for this reason they are often called “wild asparagus”.
These jets have a slightly bitter taste and unlike most sprouts used for culinary use, the larger they are, the tastier they are. They are a low-calorie food, have invigorating, refreshing, sedative, diuretic and laxative properties, purify the blood and stimulate liver functions.

Characteristics –
Hops, when not used for brewing, is a weed, covered with an irritating down, which tangles and tangles tightly around hedges, bushes. The cultivation of wild hops to obtain the sprouts for food is not commonly practiced.
Hops is a perennial herbaceous plant, deciduous and broad-leaved, with branched rhizome from which slender climbing stems extend which can reach 9-10 m in length, and can live from 10 to 20 years. The leaves are heart-shaped, petiolate, opposite, with 3-5 serrated lobes. The upper part is rough to the touch due to the presence of numerous hairs, the lower part is instead resinous.

Nutritional factsheet –
The nutritional value of this plant is mainly contained in the cones (female flowers) where more than 1,000 chemicals have so far been identified, which can be grouped into essential oil components, bitter acids and prenylated flavonoids. There are also flavonolic glycosides (astragalin, kempferol, quercetin, quercitrin, rutin) and appreciable quantities of tannins (2-4%).

Property –
The active part of the hops, as mentioned, is made up of the female flowers which must be harvested in the period of September when they are not yet completely ripe, or the powder obtained by beating and sieving the cones, called “lupulin”.
In popular tradition, hops are known as a sedative, slightly hypnotic and anaphrodisiac. Furthermore, the content of substances similar to estrogens seems to be responsible for the fattening effect that the popular rumor attributes to beer.
Furthermore, hops contain 8-prenylnaringenin, the most powerful phytoestrogen known, whose concentration in humulus lupulus is so low that it cannot have biological effects that can be investigated with current laboratory techniques. However, this compound is also formed following the in situ and in vitro conversion of isoxantoumulone, of which hops are much richer. The pharmacological effects of such compounds could be of an estrogen-like type.