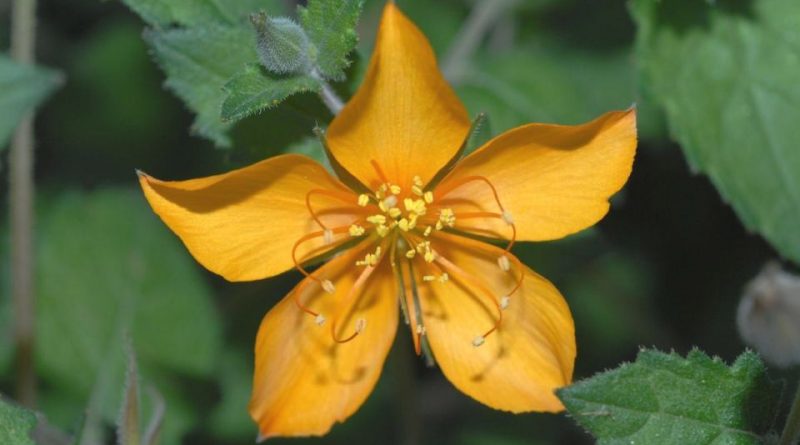 Geographic Distribution and Habitat –
Mentzelia scabra is a plant from the Andes area that grows in South America.
Its natural habitat is that of the slopes and hilly areas of the desert and semi-desert Andes, thickets and dry forests in areas often characterized by xerophytic vegetation, on dunes covered by sparse and stunted savannahs with scattered trees and shrubs. 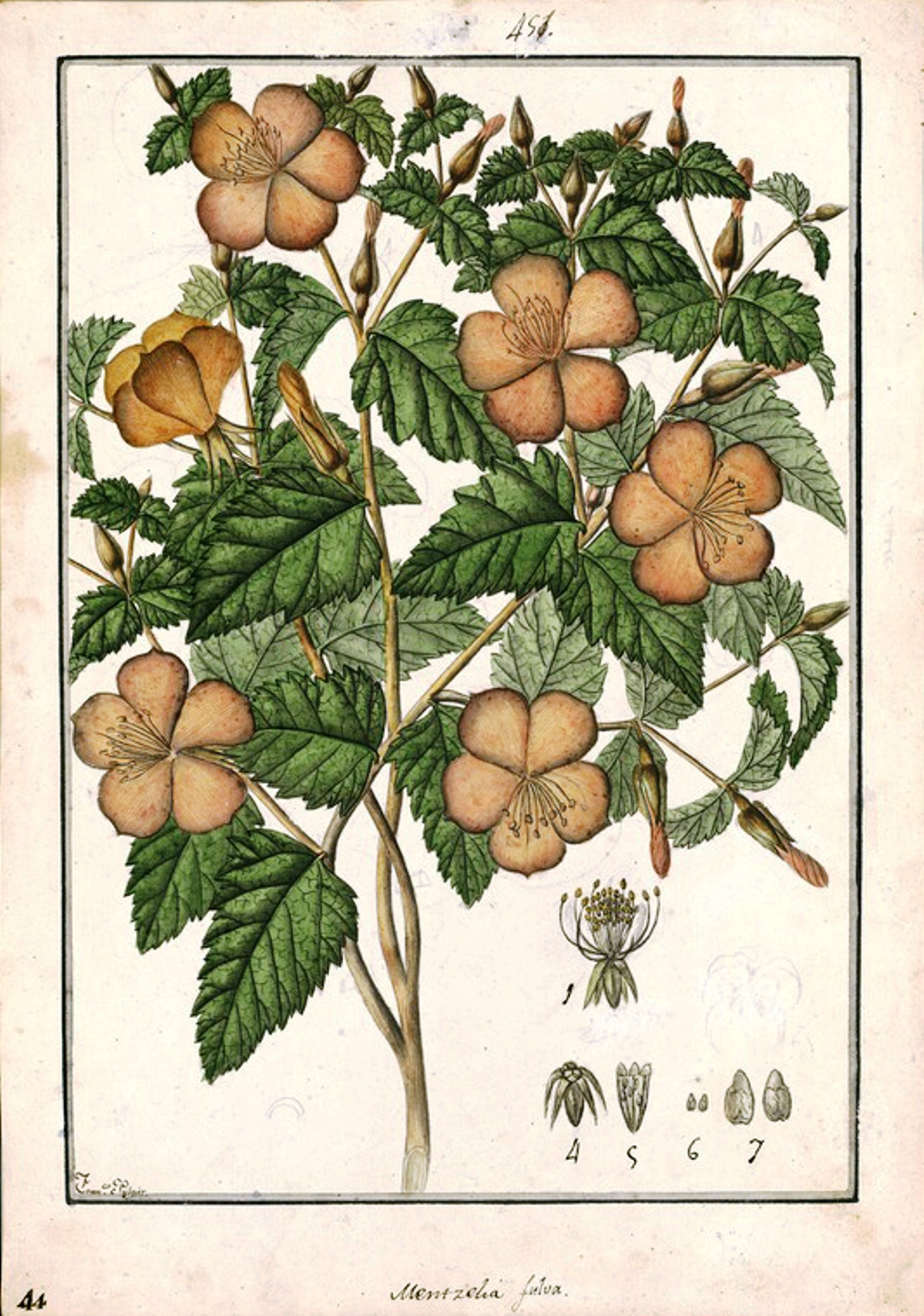 Description –
Mentzelia scabra is a species with bushy habit – perennial shrub, with hairy and branchy stem, 2 m tall, erect, more rarely declined or ascending or climbing; basally 5-20 mm thick stems.
It has alternate, sessile, ovate, toothed or crenellated leaves, densely hairy on both sides, 20-150 by 35-70 mm.
The flowers are sessile, with 5 orange petals and all the same stamens.

Cultivation –
Mentzelia scabra is a plant that, together with its subspecies, grows spontaneously in semi-desert areas or dry woods and forests in areas often characterized by xerophytic vegetation.
The plant has been collected since ancient times by local populations and used in South American folk medicine.

Customs and Traditions –
Mentzelia scabra is a plant used in South American and Peruvian folk medicine in particular.
The decoction of the aerial parts of this plant is used as a healing agent in case of gastric ulcers, as an anthelmintic, choleretic and cholagogue.
The plant contains simple glycosides iridoids, secoiridoids and flavonoids (quercetin and canferol).

Preparation Method –
With Mentzelia scabra a decoction is prepared, obtained with the aerial parts, as a healing agent in case of gastric ulcers, as an anthelmintic, choleretic and cholagogue; it is also used to counteract bloating, stomach acid and promote digestion. However, the roots of this plant are also used.