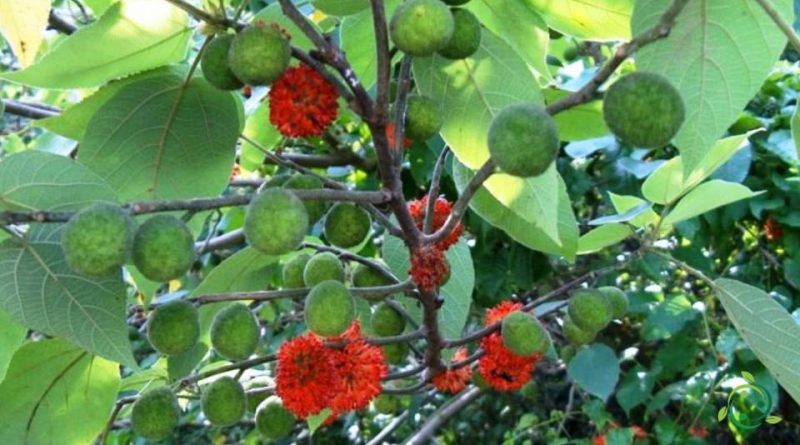 How to grow the paper mulberry

The paper mulberry (Broussonetia papyrifera (L.) Vent.) Is a tree of the Moraceae family native to eastern Asia, from China to Burma.
This plant was introduced in Europe as an ornamental essence around the middle of the 18th century, it soon escaped from gardens and parks thanks to its frugal and pioneering character. It is easily found along the edges of roads and railway tracks and in the uncultivated areas along the beaches.
It is a diocious plant with reproductive structures present in distinct trees: the male trees produce small yellowish flowers grouped in axillary spikes; the female ones form small spherical and compact flower heads of small greenish flowers reduced to just the pistil. The fruit is a soroso (like the mulberry blackberry), spherical, 2 cm in diameter, of a reddish-orange color when ripe.

Cultivation –
The paper mulberry is a plant that prefers sunny or semi-shady positions, but it develops without problems even in the shade.
This plant is resistant to cold and withstands even intense and prolonged frosts. In general, therefore, it is a plant with excellent resistance and rusticity that does not have major problems and grows well almost everywhere.
From the pedological point of view, Broussonetia papyrifera grows without problems in any soil, even heavy or sandy or poor in organic substances. It is a very rustic species with a strong adaptation.
Broussonetia papyrifera multiplies by seed in spring but can also be propagated by semi-woody cutting in summer.
Furthermore, as it produces numerous basal suckers, it is possible to remove them and root them in a container, before planting them the following spring. However, it is an easy plant to grow and for this reason it is very popular and widespread in Europe.
From the point of view of water needs, being a very rustic plant, it easily tolerates drought or prolonged humidity.
Finally, as regards fertilization, it is advisable to apply only organic fertilizer at the time of planting as it is a plant that requires little intake of nutrients during its life. At the limit, organic fertilizers can be added to the foot of the stem, at the beginning of spring in some drier years in the winter period.

Uses –
The paper mulberry is a plant whose rind is used in the Far East which, macerated, provides a paper of good quality.
It was used to create the first type of paper from Cai Lun.
In Japan its fibers are used for the production of Tengujo paper.
In the Pacific islands it is used for the production of tapa, similar to a fabric, used for dresses and panels.
Furthermore, due to the abundance of suckers, the rapid taking root and its rusticity, it is used to stabilize mobile and landslide soils.