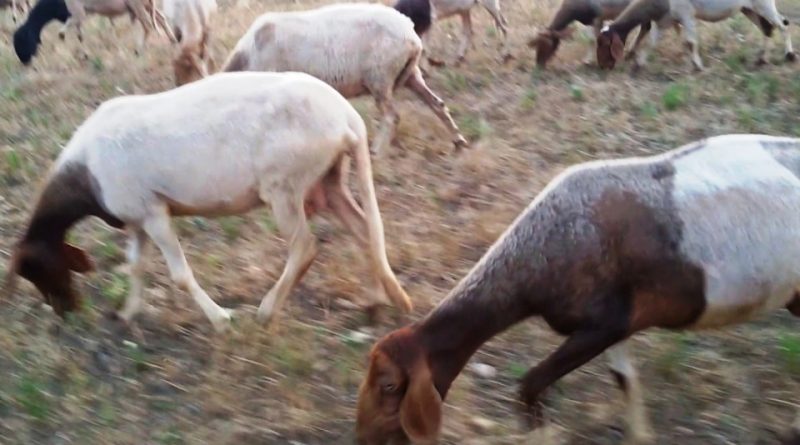 The Noticiana is an Italian sheep breed (Ovis aries Linnaeus, 1758) native to the inland areas of the province of Syracuse, with the main aptitude for milk production.

Origins and History –
The Noticiana is a sheep breed originating from the hinterland of the province of Syracuse, in south-eastern Sicily.
Its name derives from that of the municipality of Noto and has been bred for some time in the province of Syracuse and in the parts adjacent to that of Ragusa.
This breed derived from the Comisana sheep is one of the forty-two local indigenous sheep breeds with limited distribution for which a herd book is kept by the National Association of Pastoralism.
However, the herd book is apparently empty and has not been heard of for many years. Currently the numbers and the state of conservation of the breed are not well known.
Currently, the management guidelines have as their primary objective the enhancement of milk production, mainly destined for dairy processing for the production of typical and traditional cheeses of the farming areas; this primary objective is, however, pursued without neglecting the maintenance of the characteristics of rusticity and prolificacy and the aptitude for the production of meat (lamb).

Morphology –
The Noticiana is a medium-sized sheep with a height of 85 cm at the withers for males and 75 cm for females; the average weight is 85 kg for males and 55 kg for females.
This breed is characterized by having a moderately fine and light, elongated head, of a brick red color (light, often bright), in rare cases with a hint of a washed-out stripe that can affect the forehead-nasal area.
The profile is straight or slightly sheepskin. Generally hornless in both sexes. Lack of wool in both males and females or with a slight tuft in the nape area; the ears have medium-large length with hanging or more rarely semi-hanging posture. The neck is thin, of medium length, well attached, usually scarcely furnished with wool; uniformly pigmented, of the same color as the head, frequently extended up to the jugulo-sternal area. Possible presence of boobies in both sexes.
The trunk is moderately developed with good transversal diameters. Withers poorly developed. Chest and abdomen are moderately broad.
The back-lumbar region has a straight profile. The rump moderately developed both in length and in width. Abdominal, sternal and inner thigh region ordinarily devoid of wool.
The tail is long and generally fine.
In the male, the scrotal bag is lined with fine fluff. The testicles are well developed with a median groove.
Possible presence of nipples.
The limbs are developed, devoid of wool, with more or less extensive pigmentation. Solid, compact, dark brown hoofs.
The mammary system is consistent, with a medium-wide attachment base. Median sulcus not excessively pronounced. The nipples are moderately developed and the possible presence of supernumerary nipples.
The fleece is mainly white, open, with short wool throughout the caudal area.
The skin is soft, fine and supple, pink in color.