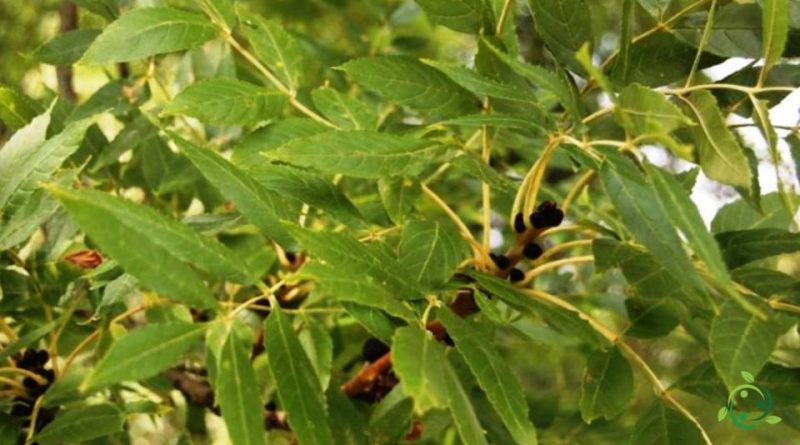 How the Ash is grown

The ash or common ash (Fraxinus excelsior L.) is a tree of the Oleaceae family native to Europe and the Caucasus region and widespread from Asia Minor to Europe.
In Italy it is frequent in the center-north. In the south and on the islands it is replaced by the southern ash.
Its reproductive structures are flowers carried in formid racemic tops that bloom in March April, before the leaves. The fruit is a samara, with an elongated head containing the seed and a narrow lanceolate wing.

Cultivation –
The ash is an interesting species for wood arboriculture. It is a mesophilic and demanding luciferian plant that requires fertile, humus-rich, deep, moist soils.
The ash is governed by high forest with shifts of 70-80 years and rarely by coppice, it multiplies easily with sowing or transplanting 2-4 year old seedlings, a continuous and timely fight against animal and fungal parasites must be foreseen.
It is a fairly shade tolerant plant in its juvenile stage and therefore can easily renew itself in sparse oak woods and beech forest clearings. It also renews itself well in the former abandoned cultivations.
They are also quite resistant and do not fear harsh temperatures, while they do not tolerate too hot and sultry climates. It is not particularly affected even in areas subject to strong winds.
Fraxinus excelsior can be planted even in places with poor drainage and in very humid soils, it can also adapt to more mountainous ones, even if its ideal soil is that of clayey type. It does not tolerate too compact and dry soils.
Young seedlings require a constant supply of water; it is advisable to proceed with regular watering during the first 3/4 years of life to ensure their correct development, while the adult specimens can be satisfied with the rains, since they develop a root system that goes deep and manages to collect the moisture present in the soil.
Even in the presence of high humidity this plant can resist without particular problems.

Uses –
Ash wood is hard, compact, elastic, difficult to deform and easy to work with. It is an important forest essence, also widely used in road trees or as an ornamental plant in large parks and gardens.
This plant has multiple uses.
The dried and crushed leaves and the fruits placed in an infusion of boiling water provide the ash tea.
The leaves fermented with water and sucrose are used to prepare alcoholic beverages.
Manna is used as a sweetener, suitable for children, the elderly and diabetics.
It is used for the extraction of tannins from the bark.
The leaves are used as fodder for livestock, in areas poor in pastures.
For the production of timber; the greater Ash wood is light whitish, with distinct rings and provided with large vessels in the spring area, it is elastic and resistant, the specific weight is 0.96 when fresh; 0.72 from seasoned and 0.66 from dry, easily workable, it is used industrially for the production of plywood, floors, furniture, rudders for pleasure boats, handles for tools and parts of musical instruments. For its elasticity and resistance, skis were once made with its wood. It also has a high calorific value so it is a popular fuel.
Until the seventeenth century it was, together with the dogwood, one of the most used woods in the production of spears, javelins and spades (as well as the chariot wheels, since the Bronze Age, when the war chariot was a military status symbol), so much so that the ash was often linked to pagan divinities of war, fraternity of warriors or societies of a military nature.