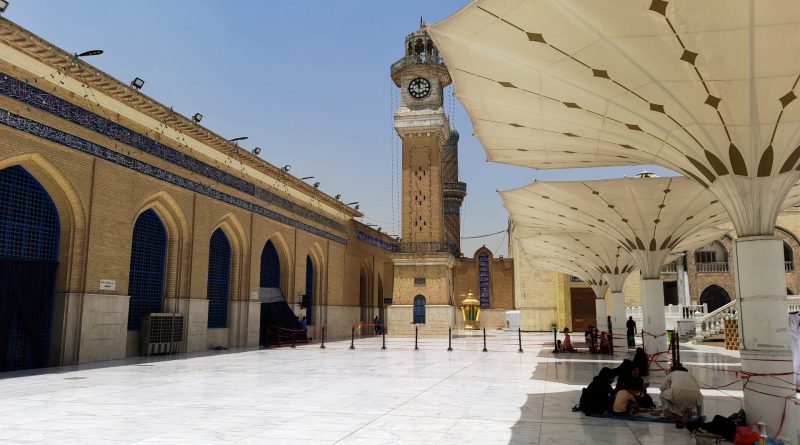 Iraq is a West Asian state with a total population of 37,056,169 (as of 2015).
The capital of Iraq is Baghdad which has 7,665,292 inhabitants.
Iraq borders Turkey to the north, Saudi Arabia and Kuwait to the south, Syria and Jordan to the west and Iran (Kurdistan Region) to the east. To the south-east it is bathed for a short distance by the Persian Gulf. The territory of Iraq roughly corresponds to the territory of ancient Mesopotamia, the “land of rivers” (Bilād al-Rafidayn in Arabic), while the current name comes from the Persian eraq, meaning “low lands” (as opposed to the Iranian plateau ). This country has the third largest oil reserve in the world.

Geography –
The territory of Iraq includes, in addition to Mesopotamia to the west, a vast eastern strip of the Syriac desert, the last plateaus of the Nefūd (Saudi Arabia) and the first reliefs of the Zagros chain, while to the north it includes an extreme section of the same chain that corresponds to southern Kurdistan. However, about 60% of the territory falls within the Mesopotamian plain, a vast eastern depression area (Irāq means low plain) of the Syro-Arabian plateau, filled towards the Persian Gulf by the recent floods of the Tigris and Euphrates: it is therefore an area of ​​passage between Syria (and therefore the Mediterranean world) and the Persian Gulf, a natural corridor to the Indian world. Its geological structure is relatively simple, being essentially constituted by a paleozoic base which, covered by powerful marine sedimentary stratifications, contrasts with the Cenozoic orogenetic movements (to which the vast expansions of effusive rocks present in the North are connected) that formed the arches mountainous areas of the Taurus and Zagros: the large plate, which remained essentially rigid, underwent an inclination towards the S and, starting from the end of the Cenozoic, was covered in the southernmost section by the floods deposited by the Tigris and the Euphrates, according to a process still in progress, as evidenced by the continuous morphological variations and shifts of the coastline. The mountainous rim of Iraq, which in the eastern part exceeds 3500 m in several points (Keli Haji Ibrāhīm, 3600 m), forms a gigantic arc of chains directed first from W to E and then from NW to SE until it almost touches the Persian Gulf. The mountains descend steeply on the lowland or are attenuated there with a series of long and spectacular anticline folds: tectonic fractures have favored the infiltration of basaltic flows and these mountains, mostly formed by limestone rocks, engraved by gorges, are arid and also naked for the diffusion that karst phenomena have there. In the western and southwestern sectors of the country, instead, monotonous platforms extend, slightly inclined towards the Euphrates and prelude to the deserts of Arabia and Syria; the furrows of the widians and the basaltic hills constitute the most marked morphological component.
From the hydrographic point of view, Iraq, since it largely corresponds to ancient Mesopotamia, can be identified with the “land in the middle of rivers”, ie the Euphrates and the Tigris, which flow from north to south, joining before flowing into the Persian Gulf. Along the banks of these rivers there are large swampy areas used in the past to curb the floods generated by the floods of these rivers (for example Lake Milh). Two other rivers of considerable importance are the Great Zāb and the Small Zāb, tributaries of the Tigris.
Numerous dams have been built to cope with the country’s hydrological and energy problems. The most important are:
– Haditha Dam: located on the Euphrates River, with a power of 660 MW;
– Mosul Dam: located on the Tigris River, it is currently the largest in the country. It has a power of 750 MW;
– Bekhme Dam: its construction on the Grande Zāb river is currently suspended. With its 1500 MW of project, if completed it will become the largest in the country. 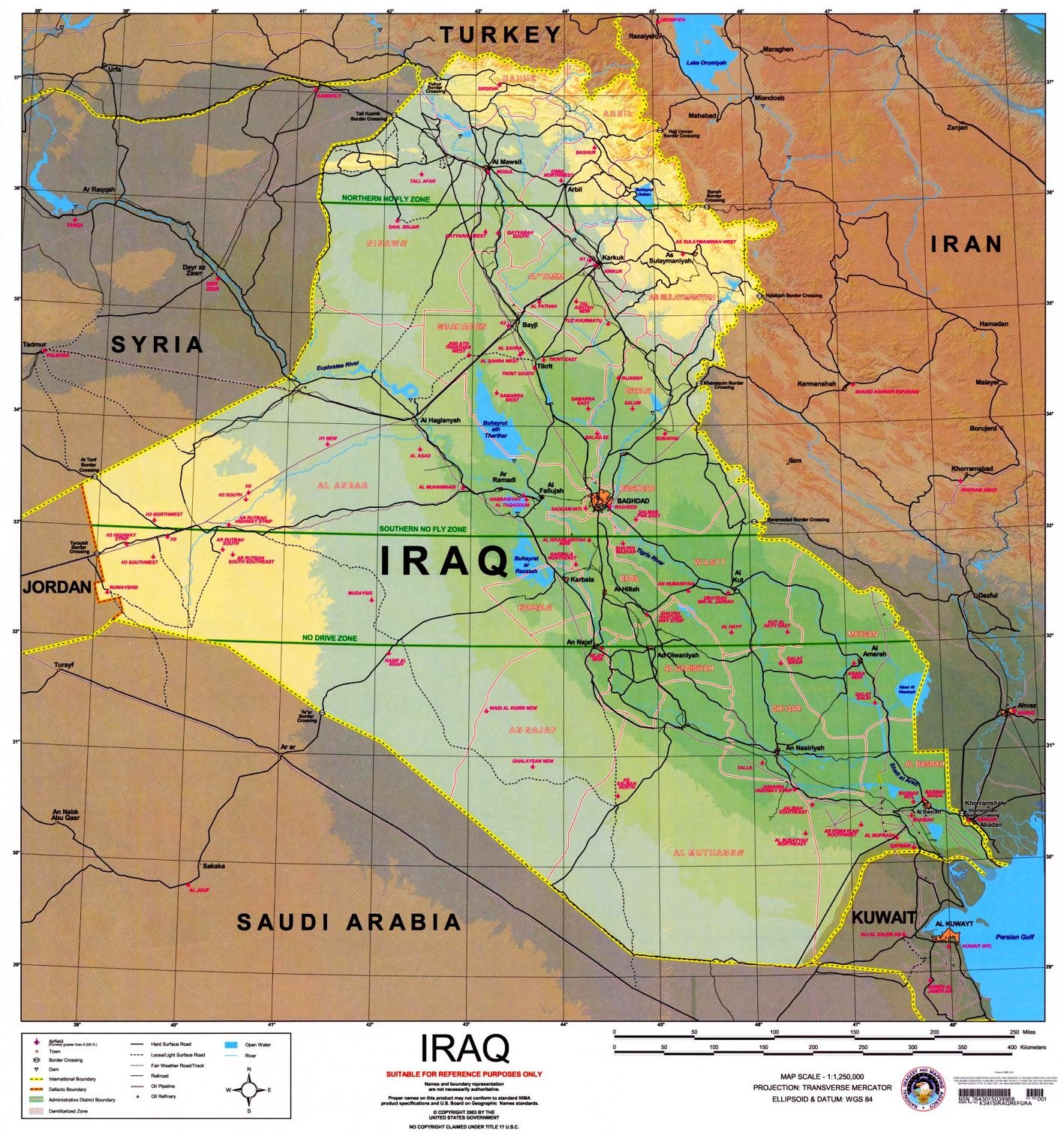 Climate –
The climate of Iraq is subtropical, with arid grasslands in the north and desert in the south. This country is characterized by mild winters, with the exception of the mountain range to the north of the country, where they are quite harsh. Summers are very hot. Temperatures this season are among the highest in the world: they constantly exceed 43 ° C, with peaks of 51 – 52 ° C, especially in the Mesopotamian plain.

Flora –
The vegetation of Iraq is characterized by date palms that grow along rivers and irrigation canals.
Date palms (around 30 million specimens) provide one of the most important export products: dates. The most famous plantations are those of Basra and Dhi Qar. In 2009, the Arab Emirates proposed to the Iraqi government a project for the production of agrofuel from dates, with the aim of reviving the agricultural sector (heavily damaged by the war) opening it to the agro-energy market
In the alluvial plains, in the regions of the lower Tigris and Euphrates, papyrus, lotuses and reeds form an intricate scrub, while willows, poplars and alders dominate. In the upper and middle Euphrates, licorice grows from which a juice used for commercial purposes is extracted; another shrub that grows spontaneously in semi-arid or desert areas and which is used in the pharmacopoeia is tragacanth; on the tops of the

Fauna –
The wildlife of Iraq is made up of gazelles, antelopes, lions, hyenas, wolves, jackals, wild boars and small rodents, while as regards the avifauna there are numerous birds of prey (vultures, buzzards, owls, hawks) as well as ducks, geese and partridges. Various species of reptiles are also widespread.