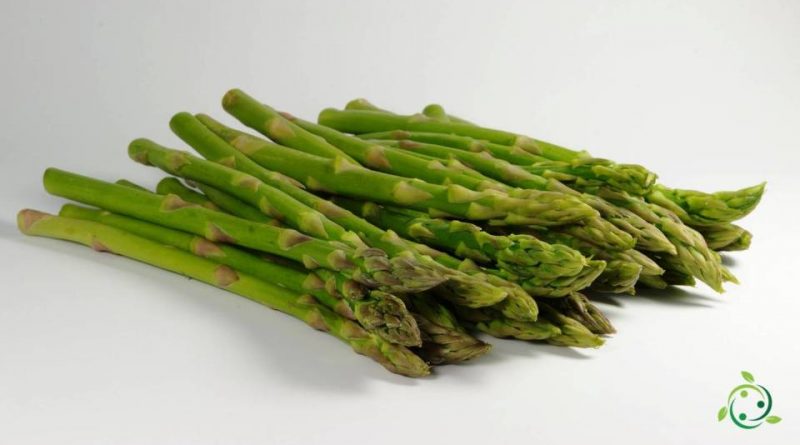 The term asparagus or asparagus (from the Greek aspharagos, which is from the Persian asparag, meaning sprout) means both the whole plant and the sprouts of the Asparagus officinalis species.
This plant belongs to the Asparagaceae family and has been cultivated since ancient times, so much so that it was cultivated and used in the Mediterranean by the Egyptians and in Asia Minor 2000 years ago. While it does not seem that the ancient Greeks cultivated asparagus, the Romans instead as early as 200 BC. they had manuals in which their cultivation is meticulously expounded. The asparagus was in fact mentioned by Theophrastus, Cato, Pliny and Apicius; in particular, the latter two accurately described not only the cultivation method, but also the preparation method. The Roman emperors liked asparagus so much, that, for example, it seems that they had special ships built to go and collect them, ships that had as their name precisely that of asparagus (“asparagus”).
Cultivation began in France in the fifteenth century, and then, in the sixteenth century, it reached the peak of popularity in England as well; only later was it introduced in North America. Native Americans dried asparagus for later medicinal uses.

Characteristics –
Asparagus is a herbaceous and perennial plant that grows up to 100-150cm in height, with sturdy stems with heavily branched foliage.
It has foliage that is modified branches (needle-like cladodes) 6 – 32 mm long and 1 mm wide. The true leaves are reduced to minute triangular membranous scales that are not very observable.
The plant is dioecious and therefore bears both male and female flowers on different plants. The flowers are bell-shaped, from greenish white to yellowish, 4.5-6.5 mm long, with six tepals partially fused together at the base; they are carried singly or in groups of two (sometimes three) at the axilla of the branches.
The fruit is a spherical (6–7 mm), red-scarlet berry, containing black seeds.
Furthermore, the plant is equipped with rhizomes, modified stems that grow underground forming a network; the shoots, or the young shoots, epigeal and edible of the plant, usually called asparagus, branch off from them.

Nutritional factsheet –
Asparagus contains many active ingredients that make it a very important food for a healthy diet.
The chemical composition of asparagus is as follows:
– asparagine; one of the amino acids present in abundance, which serves for protein synthesis;
– rich in rutin which serves to reinforce the walls of the capillaries;
– folic acid, present in abundance;
– manganese and vitamin A which have a beneficial effect on ligaments, kidneys and skin;
– phosphorus and vitamin B which allow to combat asthenia.
Let’s see the quantities for 100 gr. of edible portion:
– Water 91.4%;
– Protein 3.6 Gr;
– Lipids Gr 0.2;
– Glucides Gr 3.3;
– 2.0 Gr fiber;
– Energy Kcal 29.
As regards the mineral salts, the following values ​​are obtained:
– Iron 1.2 mg;
– Calcium mg 25;
– Phosphorus mg 77;
– Potassium 210 mg;
– Magnesium 20 mg.
Finally we see the average values ​​of vitamins:
– Vitamin A 82 mcg;
– Vitamin C mg 18;
– Thiamine 0.21 mg;
– Riboflavin 0.29 mg;
– Niacin 1 mg.

Property –
Remember that some of the components of asparagus are metabolized and excreted through the urine, giving it a typical and strong odor which some consider unpleasant. In particular, it is caused by some degradation products containing sulfur (in particular thiols and thioesters).
In-depth chemical analysis revealed that it is a mixture of metabolic derivatives of asparagusic acid (IUPAC name: 1,2-dithiolan-4-carboxylic acid), i.e. a mixture of:
– Metantiol;
– Dimethyl sulfide;
– Dimethyl disulfide;
– Bis- (methylthio) -methane;
– Dimethyl sulfoxide;
– Methylsulfonylmethane;
– S-methyl thioacrylate.
According to an English study, this characteristic odor is produced by only 40% of people and detected by a similar percentage, without however there being any correlation between those who produce this odor and those who are able to detect it. Another study, on the other hand, claims that the smell is produced by everyone but that it is actually detected only by 40% of people and that this ability is a specific olfactory hypersensitivity to this smell.
However asparagus has several positive properties for the body; thanks to its diuretic effect it is an adjuvant against gout, kidney stones, rheumatism and edema. In particular, it plays an active role in the reduction of cases of eczema.
The properties of asparagus are due precisely to these components, in fact the antioxidants are useful for eye health, potassium helps to counteract the stagnation of liquids and to rebalance the pressure, just as phosphorus is good for bones and teeth. In addition, glutathione, a substance also present in crucifers and avocados, is useful for purifying the body of free radicals and harmful components “. In particular, among the properties of asparagus we find:
– purifying and diuretic;
– antioxidants;
– protective of skin and mucous membranes;
– beneficial against constipation, as they act as natural laxatives;
– anti-cellulite.
Finally, some contraindications are reported.
The diuretic action of asparagus does not make them recommended for those who suffer from cystitis, kidney stones, acute prostatitis, renal failure and nephritis. Furthermore, since asparagus also contains purines and uric acid (which however are reduced with boiling): purines are substances present in all living cells, whose excess production is expelled in the urine, in the form of uric acid, because with high concentrations risk some pathologies. In particular, asparagus should be avoided in case of gout and hyperuricemia, or the presence in the blood of high concentrations of uric acid.