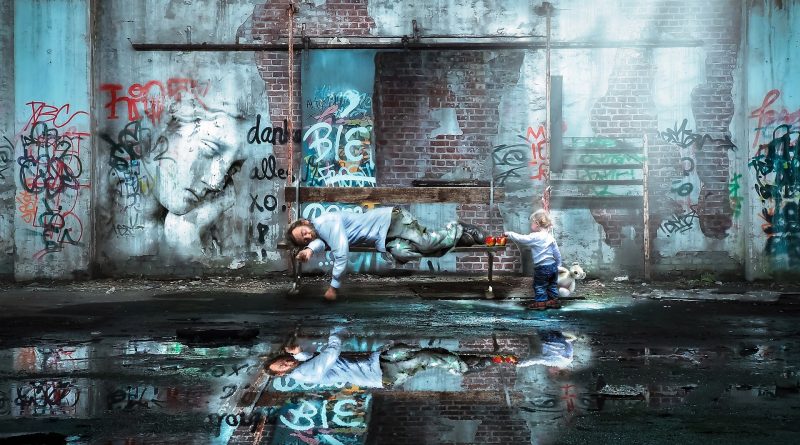 The events of recent times, also marked by the COVID-19 pandemic, are only the tip of the Iceberg generated by the ideological approximation of that Enlightenment thought which, although a factor of redemption for many of the obscurities of history, ended up creating a clear separation between human rules and principles of Nature.
A dichotomy that has generated a thought, and therefore a politics, lacking what we can call the Codes of Nature.
Codes that represent the tracks on which to move ethics, economics, human well-being.
Codes that no ideology of any time and any place on this planet will ever be able to ignore.
This Iceberg is of the same nature as the one on which the Titanic crashed, with all its arrogance, presumption, condemning crew and passengers, ship’s rulers and travelers alike.
A ship sunk because Mother Nature is generous with resources but does not forgive those who deviate from it.
Politics, for too long, has spoken an inadequate language, adopts criteria that see in a colonialist capitalist model the real cause of a two-color, two-speed world.
That of the colonizers and that of the colonized. That of the usurpers of resources and human dignity and that of the devastation of territories and poverty.
The COVID-19 pandemic is just the little red light that has come on on the dashboard of Planet Earth.
An alarm already visible for some time; we are in fact facing a global emergency: just think that in the world, 902 million people live in conditions of extreme poverty. To give an idea, suffice it to say that it is about fifteen times the Italian population.
If we then analyze the Italian situation, according to Istat, 5 million people are in this condition, or 1.8 million families, 8.3% of the resident population. Virtually 1 in 12 people.
But this is a worrying and too underestimated crescendo:
– in 2005 about 2 million people were in this condition, or 3.3% of the population. Between 2011 and 2013 the most dramatic increase: in just three years the absolute poor went from 4.4 to 7.3% of the population. In 2017 this figure of 8.3% was reached;
– most of those living in conditions of absolute poverty reside in the South. They are 56.1% of the total.
But impoverishment does not only concern the social aspect; the impoverishment, which in some ways is much more worrying, concerns the resources of the territory; that natural, agricultural, species, biodiversity, habitats and ecological systems heritage, which are very close to breaking the balance.
In this sense, analyzing only the national aspects, the data are more than alarming. In this regard, the European Commission itself has had to admit not only the total failure, in the last twenty years, of all the objectives of protecting biodiversity, but also of a worsening of the status quo.
A drift caused by an economic concept on which industry, modern agriculture, services, transport, energy production, etc have developed; a socio-economic model in great conflict with the needs of Nature that is based and moves on completely different principles.
We cannot therefore resolve the question of the South if we do not completely review the political and therefore economic model on which to pivot.
We cannot take advantage of this PNRR if we do not totally review the criteria with which this huge mass of money (which is largely not a grant) will be used to create development models that wear the dress of the Ecological Transition but which in fact they are a new body on an old and worn chassis.
Here is the case to brush up on A. Einstein’s phrase: “We cannot solve problems with the same kind of thinking we used when we created them.”
Politics must start again from micro-economies, from the correct relations between them and the territories, from a model of circular economy that is much praised but in fact not applied at all.
Various economists have expressed their opinion on this issue, among all Ernst Friedrich Schumacher (Bonn, 16 August 1911 – Switzerland, 4 September 1977), was a German economist, philosopher and writer, who with one of his works “Small Is Beautiful“ranks among the 100 most influential books published after the Second World War. In this work Schumacher upsets the neo-liberal theories of the times, proposing an economic model that, in order to be sustainable and eco-sustainable, must be based on microeconomic models and paving the way for the Circular Economy.

Instead we are witnessing a reiteration of that capitalist colonialism that today manifests itself, for example, with large photovoltaic plants that expel farmers from their land, in contrast to the same indications contained in the EU 2030 Framework, on the generation of distributed renewable energy, and completely disregarding the transversal programming criteria of Agenda 2030.
We are contrasting the production of food with the production of energy, with the consequent sociological and economic repercussions, setting in motion a mechanism that will make not only the south more colonized but everyone poorer.
Today the lands are burning, the south is burning and it is not something we did not expect; it was in things. The inland areas are increasingly empty and the rural areas increasingly deserted of people and nature.
We are making the matrix (biodiversity) of Life sterile and then we hear that to revive the south, or a part of the south, we need the bridge over the strait.
But to do what? To put south and north even more in competition (since the south lacks a network of essential connections).
A bridge built in this desert does only one thing: it makes our young people, our children, migrate further and further away from their roots at high speed.
The PNRR can draw its effect only if one thinks of the reconstruction of a territorial fabric but not in terms of markets and large commercial exchanges, according to the colonialist vision. The PNRR can make sense if every single person receives those addresses (which are not only monetary) and those facilities that make them the protagonist of themselves and the architect of the reconstruction of their territory.
In Sicily we have been working for some time in this direction; I just give you some useful elements to the theme.
After a few years of work, an organized group of people managed to enact the Agroecology Law (first in Europe); a law that will have to initiate a gradual conversion of agricultural production to protect citizens and nature.
In July 2021, the same working group that led to the enactment of this law, prepared a Rural Energy Plan to ensure that individual farmers are the protagonists of the Ecological Transition and not the multinationals who will leave in addition to crumbs of their earnings a devastated territory both from an ecological and social point of view.
The examples tell us that the only way to give territorial equity to our country (which applies to the policies of all the countries of the world) is that we need to get out of that capitalist colonialist system which, for over a hundred years, has placed capital and its interests above all, like a hood that prevents politics from being such, enclosing it in the cages of financial efficiencies and social and ecological deficiencies.
Here the phrase attributed to Sitting Bull falls perfectly: “When they have polluted the last river, cut down the last tree, caught the last bison, caught the last fish, only then will they realize that they cannot eat the money accumulated in the their banks “.
It is not as much as will be spent in the north and in the south, which by its constitutionality must be the same for all citizens.
In recent months we have witnessed this sterile dialectic, with phrases such as “snatch in the south” and things like that. We regret that the debate has flattened out only on this, albeit important, aspect.
Here the priority, subject to the conditions of fairness, is to change the rules of the game. If we do not solve this equation, the PNRR will be of no use if not to increase the gap between north and south and to humiliate humanity and nature even more.