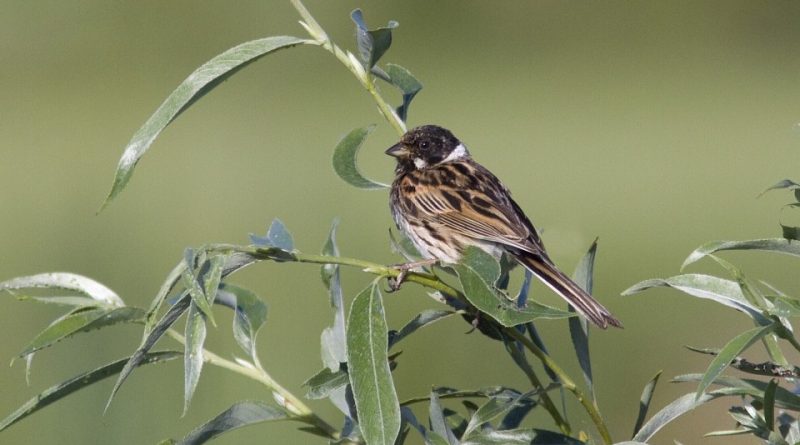 The Common reed bunting (Emberiza schoeniclus Linnaeus, 1758) is a bird belonging to the Emberizidae family.

Geographic Distribution and Habitat –
The Common reed bunting is a species present in the northern hemisphere, in Europe, Asia and Africa.
In Italy it is a not very common species with few breeding pairs.
Its habitat is that of wetlands where it is possible to find it in the period of October – November when it migrates from the northernmost regions to the southern ones. 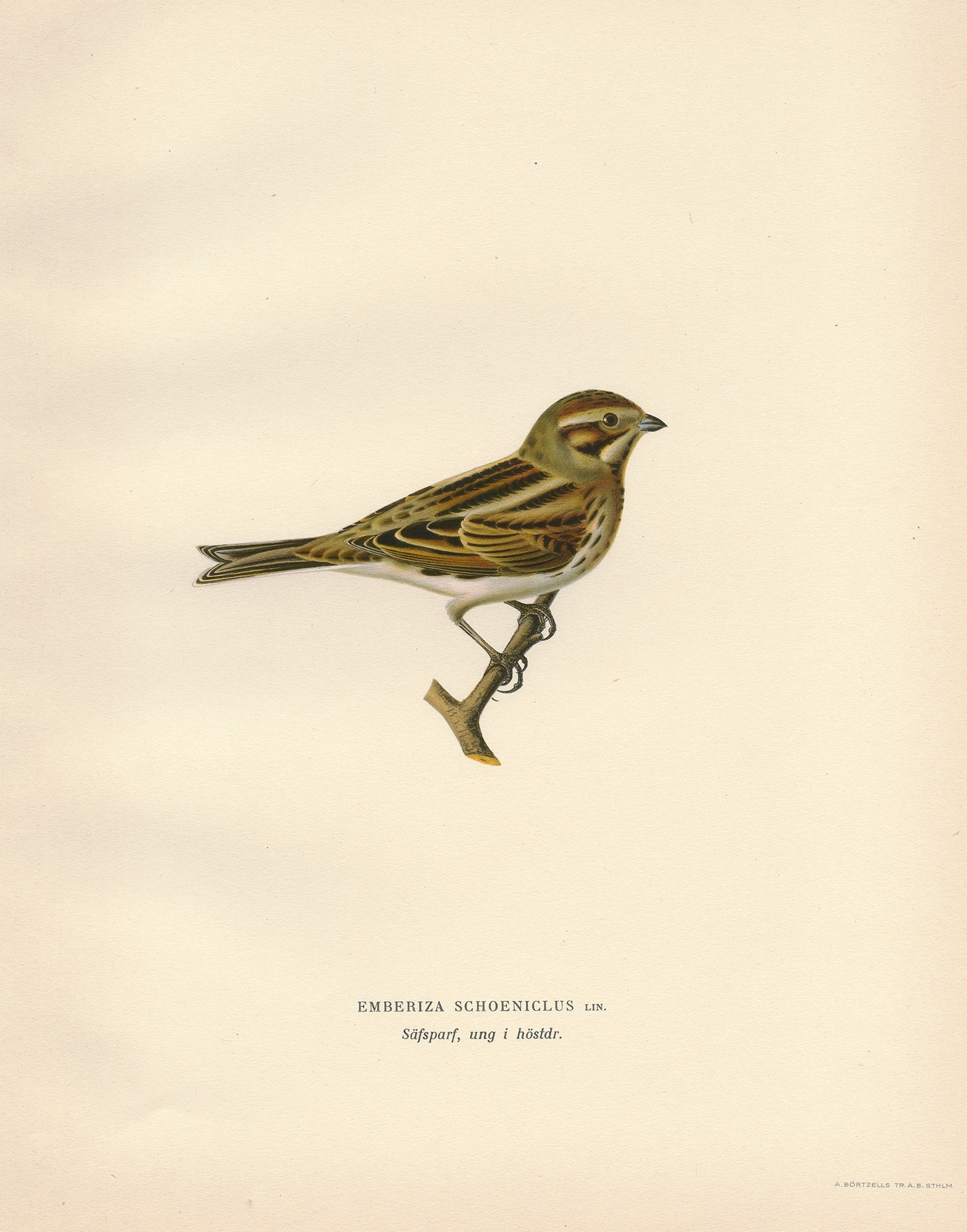 Description –
The Common reed bunting is a bird with a length of 14-16 cm, a wingspan of 23-25 ​​cm that has evident sexual dimorphism.
The male in the wedding dress has a black hood on his head that ends in a white collar that passes around the nape of the neck.
The remaining upper parts are brown with light brown – fawn and dark brown – black streaks.
The chest and abdomen are off-white while the legs are brown and the beak is black.
The outside coxswain are white in all clothing, genders and ages. In winter the black parts on the head, the bib and the beak of the male lighten considerably.
The females in wedding dress are recognized as they have a brown-black head with a gray eyebrow and a good part of the off-white bib.
The chest and flanks are heavily streaked with brown. They have dark gray beaks and brown legs.
The remaining parts of the body are similar to those of the male.
The female in winter dress also assumes a brown color on the head with a fawn eyebrow and the white streak that starts from the base of the beak becomes dirty white with fawn.
The juveniles look a lot like the female in winter dress.

Biology –
The Emberiza schoeniclus begins the reproduction phase in the period of April and ends at the end of August, depending on altitude and latitude. The nest is built using twigs, grass and reeds coated with finer materials such as hair, moss and rootlets in a bush or reed bush.
It is a monogamous species that nests on the ground or at a short distance from it among the marshy vegetation among the reeds or brambles, where the female lays 4-5 eggs which are olive gray, showing the hair-like signs characteristic of those of the buntings. The incubation period is 12-15 days where the chicks are fed by both parents.

Ecological Role –
The Emberiza schoeniclus is a bird that feeds on seeds and in addition to the grains of humid soils, also on herbaceous plants and shrubs, without however disdaining insects and molluscs, such as worms and snails, which it feeds on especially in the hot months.
This species, according to the IUCN, is not globally threatened and classified as least concern.
The estimated European population is at least 4.8 million pairs, with particular strongholds in Sweden, Poland and Norway. However, it is reportedly decreasing in some countries such as Norway, Sweden and Germany.