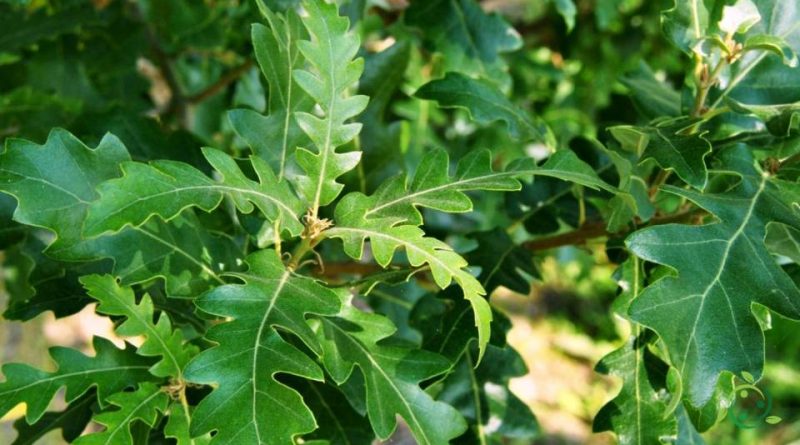 Turkey oak (Quercus cerris L., 1753) is a deciduous oak of the Fagaceae family native to south-eastern Europe and Asia Minor.
This plant is found in Italy up to 1400 m above sea level where it forms beautiful woods especially along the entire Apennines.
Turkey oak is a monoecious plant and its reproductive structures are unisexual flowers. The acorns (2.5 cm) are found on the branches of the previous year, are reddish brown in color, with longitudinal streaks, half covered by a woody dome with characteristic curled scales.

Cultivation –
For the cultivation of Turkey oak, remember that it is a xerophilous plant, so it adapts well to situations of aridity.
This plant grows on clayey and compact soils, including calcareous ones, but finds better conditions in soils of volcanic origin, with a sub-acid, deep and fresh PH.
Furthermore, since it is also a heliophilic plant it is good to cultivate it in a position that is not too shady especially in the first vegetative phase.
The plant must be done, preferably at the end of winter – early spring by digging a hole sufficient to accommodate the young plant and placing a mixture of organic matter well humified with the same soil on the bottom of the same where it will grow.
The soil is then compacted and immediately irrigated. Watering must be more frequent until it emits new shoots and then degrades the shifts.
Remember that the plant can also propagate by seed.
When transplanting, the taproot must be cut and the plants should not be placed too closely together. It is a fast-growing plant that can be grown in high forest or coppice.

Uses –
Turkey oak is a plant with a less valuable wood than that of other oaks; this was once used mainly as a fuel. It has a hard but not very resistant consistency and was used for railway sleepers, after being impregnated, before they were replaced, from the sixties onwards, with those in prestressed concrete.
The Turkey oak for its beauty and majesty is often found as a prominent isolated element in parks and large gardens.