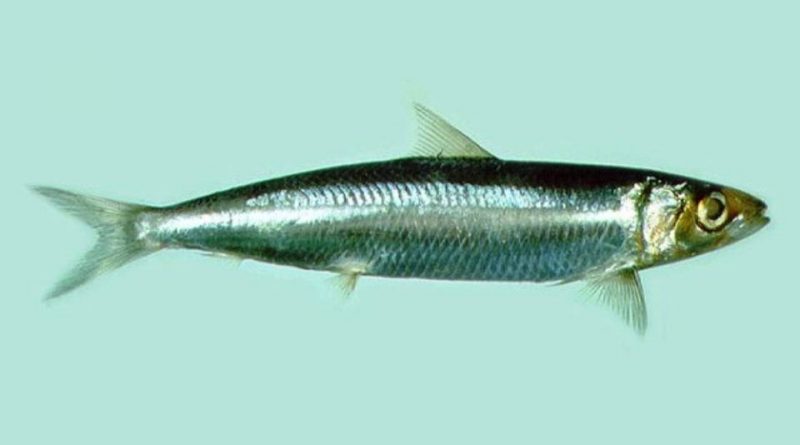 The red-eye round herring (Etrumeus sadina Mitchill, 1814) is a fish belonging to the Dussumieriidae family.

Geographic Distribution and Habitat –
The Etrumeus sadina is a fish found in the northwestern Atlantic Ocean, from the Bay of Fundy to Florida and the Gulf of Mexico but present in other seas and also found in Africa and Australia.
In addition to the western Atlantic Ocean and the Pacific, it is also present in the eastern Indian Ocean and the Red Sea, through which it entered the Mediterranean. Reported in 2005 in Lampedusa.
This species frequents, in large banks, the water column that goes from the surface to 150-200 (400) m; sometimes it is also found offshore over 100 km from the coast. Enter coastal bays with rocky bottoms as well. 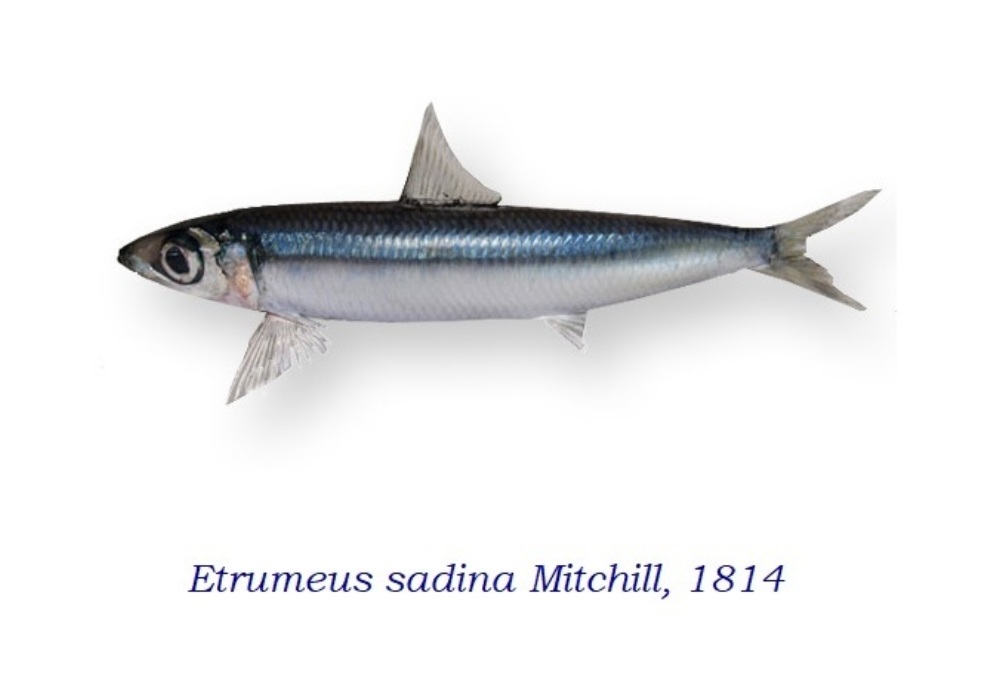 Description –
The Etrumeus sadina is a fish with a tapered and elongated body, with an almost circular section in the front and slightly compressed going towards the tail which reaches a maximum length of 33 cm; commonly it is around 25 cm.
It has a rounded ventral part and is covered with somewhat caducous cycloid scales, which along the lateral line are 52-55. Along the median part of the hips and in the pre and post pelvic areas there are no series of badges. Compared to the length of the body (without caudal), the head is about 1/4 and the height in the median area about 1/6.
The eye, completely covered by a transparent eyelid, is round and approximately one third the length of the head.
The mouth is relatively small and terminal and the jaws are sub-equal in the front and extend a little beyond the anterior part of the eye in the back. The maxillary teeth are minute, the vomerine and lingual ones are developed.
This species has a single central dorsal fin, triangular in shape and with 15-18 (17-20) soft rays, slightly closer to the head. The pectorals are inserted low and have 15-17 rays; present some very long axillary scales above pectoral. The ventral fin (8-10 rays) is inserted immediately after the vertical end of the dorsal fin and has the base, equal to about 1/3 the diameter of the eye, with a single shield (on a large spiny scale) shaped of W in the front. The anal fin, with 10-13 (9-10) soft rays, is low, with a small base and very backward. The caudal fin is deeply forked.
The Etrumeus sadina also has a bluish color dorsally with olive reflections and along the sides and ventrally fades towards silvery white. The fins are hyaline and with a fine punctuation. The head is silver with coppery reflections. The iris above and behind is tinged with yellow. After death the body becomes more bluish and the scales become more visible.

Biology –
The Etrumeus sadina reaches sexual maturity after 16 cm in length and reproduction probably occurs between May and July, although mature females have been observed in the period from December to May.
The eggs, spherical in shape around 1 mm, and the larvae are planktonic.

Ecological Role –
The red-eye round herring is a fish that essentially feeds on copepods and euphasiads.
This fish is caught with purse seines or, occasionally as a by-catch, with bottom trawls.
It is eaten fresh or salted and is also used to make fish meal.