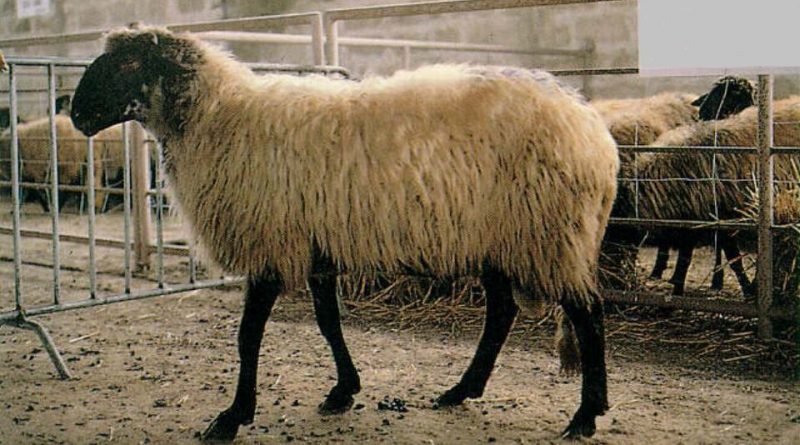 The Leccese or Moscia sheep of Salento is an Italian sheep breed (Ovis aries Linnaeus, 1758) bred mainly in Salento and Basilicata with the main aptitude for milk production.

Geographic and Area Distribution –
The Leccese or moscia del Salento is an Italian breed with a prevalent aptitude for milk production. It is believed to come from the Sanson Asian or Syrian sheep (Ovis aries asiatica). The area of ​​origin of this breed is Salento, in Puglia, and was once considered a triple aptitude breed (milk, meat and wool). The area of ​​greatest breeding in the Lecce area is Puglia and Basilicata.

Origins and History –
The origins of the Lecce breed are presumably from Asian or Syrian breeding (Ovis aries asiatica).
These sheep were imported to Salento in the Middle Ages where the breed adapted and reached today’s characteristics.
The area of ​​origin is therefore Salento but there are limited population groups spread up to the province of Matera, in the Taranto area and in northern Calabria. It was once considered a triple aptitude breed (milk, meat and wool). Its rusticity makes it an animal extraordinarily adaptable to extreme conditions of poor pasture, drought and uneven terrain since the unmistakable pointed snout allows it to graze even among the rocky connections of the Salento greenhouses notoriously lacking in grass. The milk of this sheep is mainly transformed into pecorino from Lecce. Due to the policies implemented by the bodies responsible for regional zootechnics, in the past two decades, this breed has been crossed with Bergamo and Comisana breed specimens. Extremely diverse populations have been obtained, with the only result of leading the Lecce breed almost to extinction.

Morphology –
The Lecce sheep is an Italian breed of medium-large size, with a light, elongated, lean head, even if at one time a distinction was made between three sub-breeds both for the color of the fleece and for the medium, small and giant size. In fact, with the provision approved by the Ministry on April 22, 1987 at the request of the National Pastoralism Association, the single standard was established.
The open and spiral horns are frequent in the males, while the females do not have them.
The ears are medium and almost horizontal. He has a short tuft of wool on his forehead. The trunk is long, with a height at the withers lower than that of the rump, flanks and ribs flat.
The tail is long and thin. The fleece is generally white, with variations in black fleece, in conical blocks with pendulous filaments.
The skin is pink in white fleece specimens, with black spots on the sternum.
As for the size, it has an average height at the withers: 73 cm in males, 66 cm in females for an average weight ranging from 58 kg for males to 45 kg for females.

Productive attitude –
The Lecce breed, once with a triple aptitude, is bred above all for the production of milk and for the wool that is obtained from it.
The average milk production is 150 – 200 liters per lactation with a fat content of 7% and a protein content of 6.5%.
Although living in a difficult environment, the Lecce sheep has a good aptitude for milk, superior to the Altamura; meat production is modest and is supplied by lamb, slaughtered as an infant of 8-10 kg of live weight at 40-50 days.
The production of wool is comparable to that of the Altamura only in the best white fleece flocks; in the subrace, on the other hand, a black fleece is very poor in quantity and quality ”.
In any case, as regards the production of wool, the Leccese is still the second Apulian breed with mattress wool (the first is the Altamurana which produces the best Italian mattress wool).
In addition, together with the production of lamb fur, this breed is also appreciated for the quality of the fleece, whose wool lends itself well to the production of tapestries and carpets.