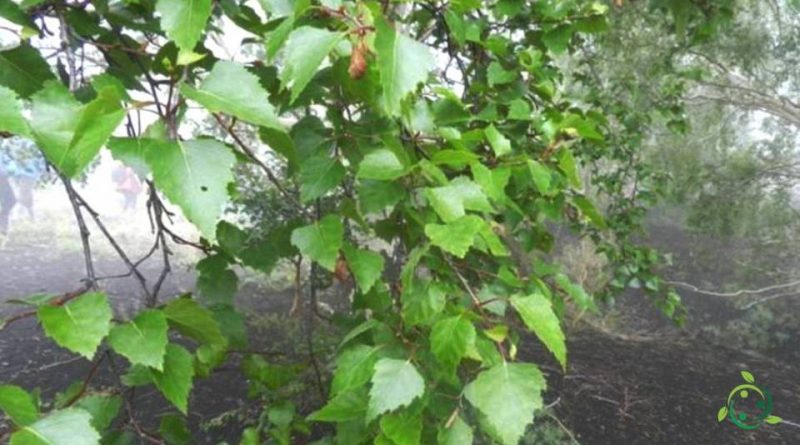 The Etna birch (Betula aetnensis Raf.) Is an arboreal species of the Betulaceae family, endemic to Sicily, where it lives on the Etna lavas in extreme conditions, adapting to very strong climatic excusions.
Its reproductive structures are flowers gathered in yellow inflorescences for the male ones, and light green for the female ones, with a flowering period that goes from April to May.
The fruits are small achenes of conical shape and brown in color.

Cultivation –
The Etna birch is an arboreal species that has adapted, most likely following an isolation due to the last glaciation, to the restricted area where it grows.
Its cultivation is therefore recommended in very similar pedoclimatic conditions.
If you have young seedlings, these must be implanted, after organic fertilization, in the hole that will host the plant, and followed in the first vegetative phase, also through irrigation to make them free in their natural environment. Today, due to its characteristics, Betula aetnensis is considered a pioneer species as it is capable of colonizing incoherent lava forming woods of a certain consistency both in pure cultivation and in association with beech.
Propagation occurs from or from suckers, which are formed at the base of the mother plants or by means of seeds.

Uses –
The Etna birch can be used, as well as for particular ecological and ornamental purposes, in phytotherapy, where the buds, the lymph and especially the leaves are used, to prepare infusions that stimulate the renal functions and alleviate the slight inflammatory disorders of the urinary system.