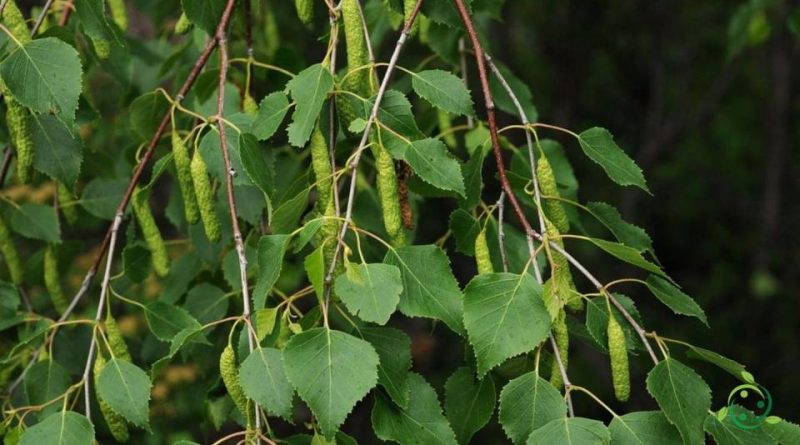 How Silver birch is grown

The Silver birch (Betula pendula Roth, 1788) is a plant of the Betulaceae family native to Europe and northern Asia.
In Italy it is more frequent in the Alps where it sometimes forms pure woods.
It is a monoecious plant with reproductive structures consisting of male flowers gathered in sessile, pendulous catkins and female flowers gathered in short and erect spikes. The infructescences are cylindrical and when ripe they release small samaras provided with a membranous wing.

Cultivation –
For the cultivation of Silver birch, it should be borne in mind that it is a very frost-resistant plant that resists even the cold temperatures of winter, below -20 ° C; it does not fear frosts and also tolerates summer heat well, especially if it is an already well developed specimen.
In a cool or humid climate, it requires exposure that can also be in the sun and, in optimal conditions, the tree has a rapid growth and lasts up to 90-100 years.
The soil for cultivation can also be poor, loose but with an acidic pH. In fact, it suffers if it is planted in heavy and clayey soils.
As for water supplies, Betula pendula is a tree that develops superficial roots and therefore the soil must always be kept moist with regular and abundant water supplies throughout the vegetative period, from spring until it begins to lose its leaves.
Fertilization must be carried out starting from the planting one, placing a good content of organic substance in the hole, to the annual one to be carried out at the end of winter near the collar of the plant and burying the fertilizer.

Plant –
The planting of the white birch should be carried out in the open ground in late autumn or early spring, especially if the plant has a bare root.
The holes intended to accommodate them must have adequate dimensions for the root system; as a rule, a hole about 50 cm wide and deep is dug, placing sand or other material on the bottom to facilitate water drainage.
At this point it is buried leaving the collar free, which must imperceptibly emerge from the ground level.
It is recommended to tie the trunk to a brace to make it grow upright.
At this point the soil is compacted, creating a basin around the trunk of the plant and then proceeds with abundant watering.
As far as its multiplication is concerned, this can take place by seed or by agamic or vegetative way also by layering or cutting.

Uses –
The Silver birch wood which is white in color, elastic and resistant, is used in the manufacture of household items (once also for skis). It is used as a fuel of excellent quality, in the industry for the production of inks and in medicine for its adsorbing properties in intestinal diseases. The bark is prized in the tanning and pharmaceutical industries. The sap, rich in sugars, in the Northern countries is fermented for the production of vinegar and alcoholic beverages.
It is widely used as an ornamental plant due to its elegant bearing and the beautiful color of the bark and leaves. it is also widely used in forestry.
In relation to its ecological peculiarities, the pendulous birch has marked pioneering characteristics and its diffusion has been favored by the abandonment of agricultural and pasture areas and by fires.