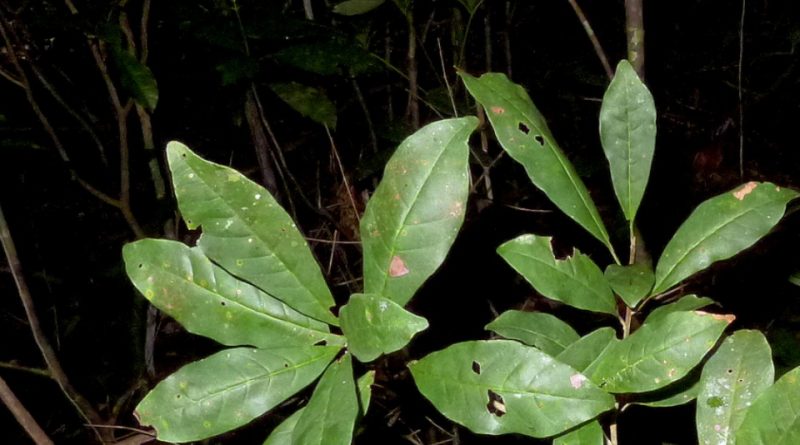 Etymology –
The term Pradosia is uncertain or has not been ascertained.
The specific epithet lactescens comes from lactésco, becoming milky: which tends to become whitish.

Geographic Distribution and Habitat –
Pradosia lactescens is a plant endemic to the Atlantic forests of Brazil where it is more commonly known by the name buranhém. It is present in an area that includes eastern and southern Brazil.
Its habitat is that of wet floodplains in the rainforest, especially in coastal areas. It grows most often in open places and in the secondary forest but is also found in the primary forest. 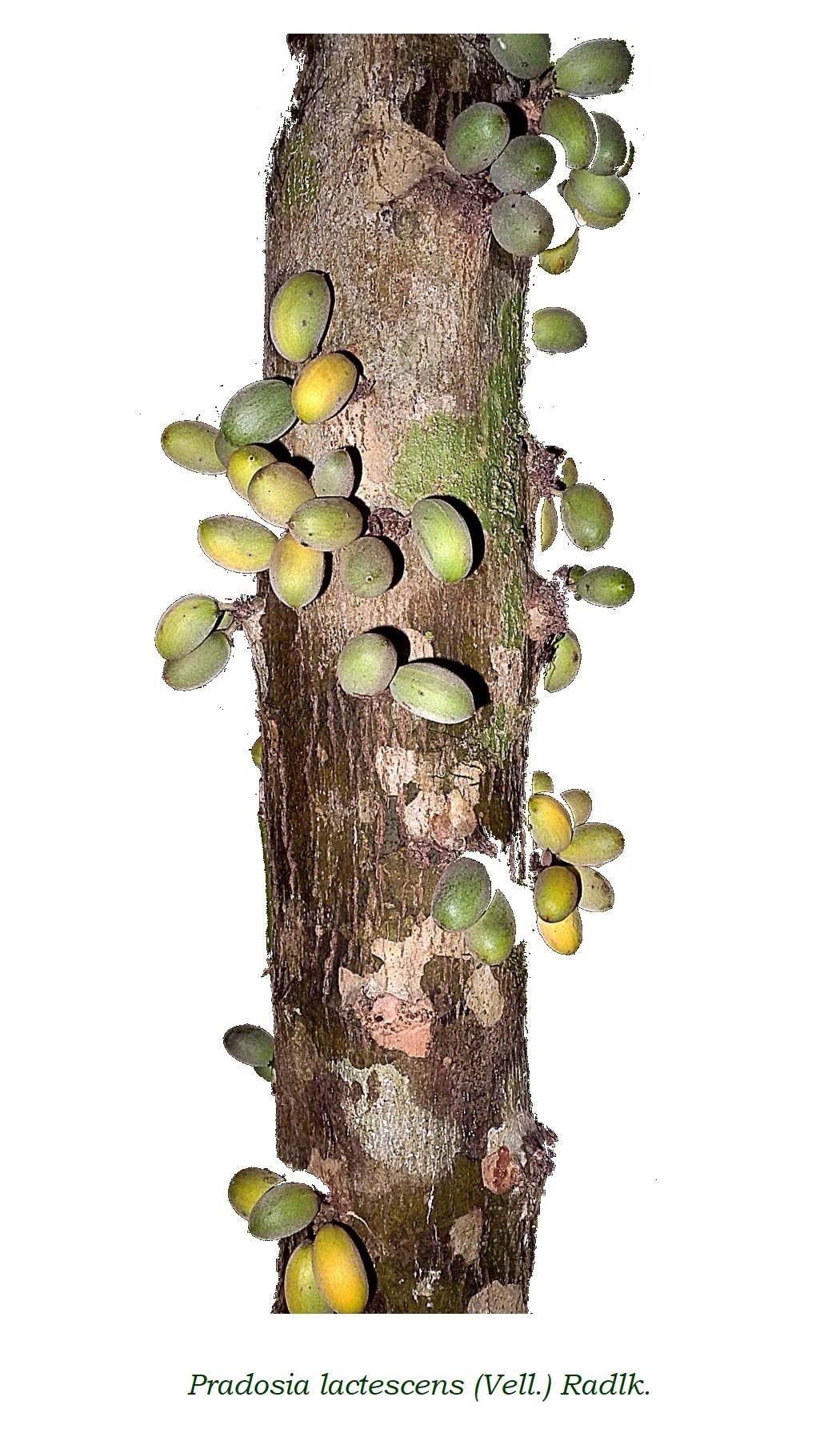 Description –
Pradosia lactescens is an evergreen tree with a dense and enlarged crown; this plant can reach 15 – 24 meters in height. The erect trunk can have a diameter of 20 – 30 cm.
The leaves are oval, simple, with entire margins, with a leathery and alternating consistency.
It is a cauli flora plant that bears the flowers on the old and lignified trunk or branches.
The flowers are red, small, with distinct calyx and corolla.
The fruits are indehiscent berries, about 3 cm long and about 2 cm broad, yellow in color when ripe and edible, with slightly sweet and gelatinous pulp surrounding a single large seed.

Cultivation –
Pradosia lactescens is a plant that mostly grows in the natural state.
It is a plant that prefers sunny locations and the trees have a moderate growth rate.
The plant can be propagated by seed.
Sowing should be carried out, preferably as soon as this is ripe in a semi-shady position in the seedbed.
High germination rates can occur, up to nearly 100%, with the seed sprouting within 70 – 90 days.

Customs and Traditions –
Pradosia lactescens is a plant whose fruits are harvested, which are edible, of plants that grow in their natural state.
The fruit is harvested and consumed locally, raw, although it is not highly regarded.
The plant also has local medicinal uses.
The bark is in fact astringent, hemostatic and tonic. It is used in the treatment of leukorrhea, gonorrhea, metrorrhagia, hemoptysis, diarrhea, asthma, scrofula and dyspepsia.
Among other uses, it should be remembered that the wood is of medium texture, with an irregular grain, moderately heavy, not very susceptible to insects or other organisms. It can be used in the construction field and for construction in general.

Preparation Method –
Pradosia lactescens uses both the fruits, which are eaten raw by local populations, and the bark used for various preparations for medicinal use.