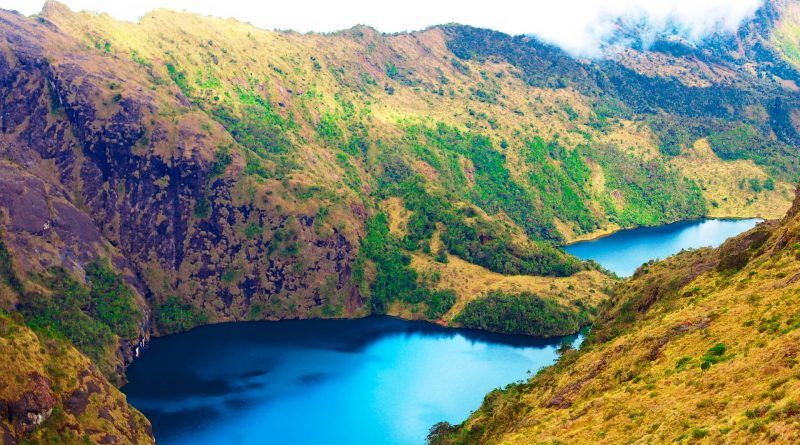 Papua New Guinea, formerly also identified as Papua, is an independent state of Oceania within the Commonwealth since September 16, 1975, with the British crown as head of state.
This country has an area of ​​462,840 km² and a population of 7,275,324 inhabitants as of 2011.
The capital of Papua New Guinea is Port Moresby, with 307,643 inhabitants (2009).
Papua New Guinea is located south of the Equator and north of Australia. It is a virgin land, strong and unexplored.
Papua New Guinea consists of the eastern part of the island of New Guinea and a series of islands such as the Bismarck archipelago (including New Britain and New Ireland) and Bougainville, it is part of the so-called neighboring Oceania, a region of the southwestern Pacific Ocean to the north of Australia, and only borders Indonesia to the west. It is washed by the Pacific Ocean.
The western half of New Guinea forms the Indonesian provinces of Papua and West Papua. Until 1919 the northern part of the present state was known as Kaiser-Wilhelms-Land (Land of Emperor Wilhelm), a colony of the German Empire.

Geography –
Papua New Guinea consists of the eastern part of the almost homonymous island, as well as other islands and archipelagos east of the main one.
This country is the second largest state in Oceania after Australia, which is about a hundred kilometers away. The morphology of the main island has meant that the population is divided into a large number of tribes, some of which still live very isolated from the outside world.
Papua New Guinea occupies the eastern portion of the island of New Guinea, the western part of which belongs to Indonesia.
This portion of territory has a very indented coastline and has a large number of gulfs, straits and inlets: similar formations are even more frequent in the islands and archipelagos that dot the eastern part of the state. The main plains are concentrated on the coasts. In the northern and southern territories, marshy areas are widespread, which occupy a large part of the flat areas.
It is a mainly mountainous country, with an extensive mountain range that occupies almost the entire central part; the highest peak is Mount Wilhelm which reaches 4,509 meters above sea level.
Furthermore, Papua New Guinea is located in a very active area from a seismic point of view and is often subject to earthquakes, tsunamis and consequent tsunamis.
In this country the most important rivers are the Sepik and the Fly. 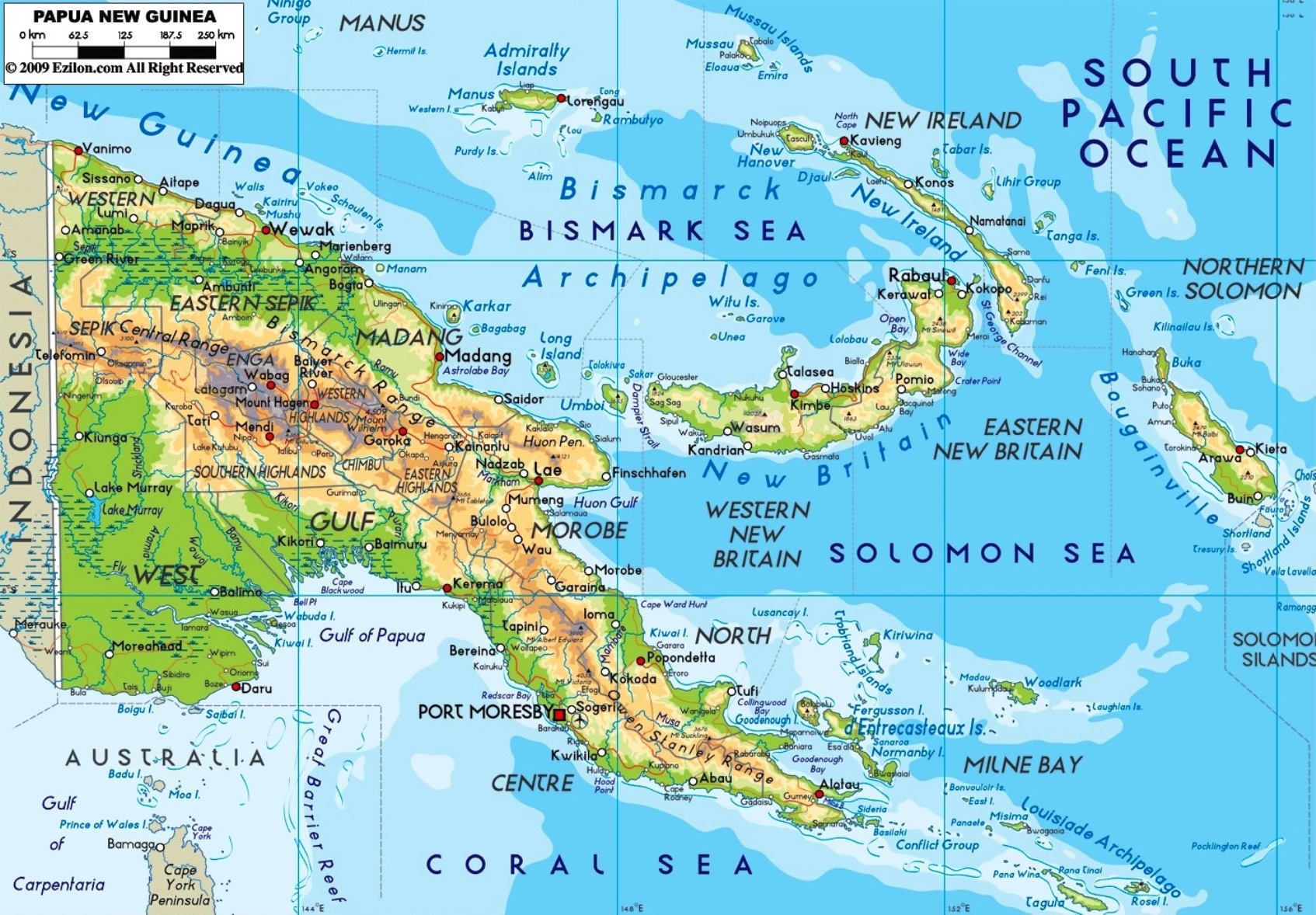 Climate –
The climate of Papua New Guinea is tropical monsoon, with abundant rainfall, which almost everywhere exceeds 1500 mm per year.
Due to the vastness of the territory and the incredible morphological variety, the climate is very varied both in terms of rainfall and temperatures. Going further north there is a tropical climate with abundant rainfall throughout the year, the summer is hot and humid, while the winter is mild and humid. Going further south there is a subtropical climate, with less abundant rainfall and a relatively cooler climate than the tropical one. Papua New Guinea is one of the regions closest to the equator where snowfall is observed, which obviously occurs in mountainous areas.

Flora –
Papua New Guinea stands out for its unique, luxuriant and varied nature, from the cold Highlands to the warmth of the islands, passing through the populations of the villages, in their beautiful and terrible costumes, to finish with the sea, a sea rich in virgin seabed and unexplored that excites and amazes no less than the mainland.
In this country, the rainforest occupies about three quarters of the territory and constitutes a huge heritage.
The flora is very varied; thanks to the minimum southern latitude, the vegetation is tropical and many areas of the country see the presence of equatorial rainforests.

Fauna –
The fauna of New Guinea includes a large number of species of mammals, reptiles, birds, fish, amphibians and invertebrate animals. Even though it occupies only 0.5% of the land it contains a high percentage of the planet’s biodiversity. About 4,642 vertebrate species are present on the island or in the waters surrounding it, making up about 8% of the species in the world. One of the most common birds in the state is the Ambliornite. The best known species are the cassowary and the birds of paradise. The mammals of the island belong to the subclasses of marsupials and monotremes.
The total number of invertebrate species is not certain, but there are 735 species of butterflies which represent 4.2% of the world total (17,500 species).
Those who go to these places cannot help but be struck by the beauty of nature, with its tiny or gigantic inhabitants such as the Queen Alexandra Birdwing, the largest butterfly in the world.
Just 20 kilometers from the capital, the island of Loloata offers visitors the spectacle of its magnificent seabed, rich in the inevitable corals that embroider the underwater world of Papua New Guinea and a multitude of fish.