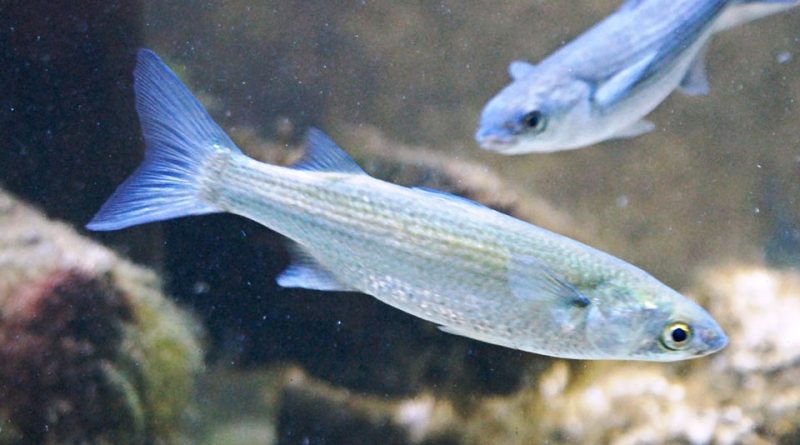 Geographic Distribution and Habitat –
Herring is a purely North European and Atlantic fish that is occasionally found in the Mediterranean.
This fish is widespread along the coastal waters of the North Atlantic. On the American coast, the herring range extends from Labrador to South Carolina, in the eastern part of the Atlantic from Iceland and the Spitzbergen Islands to the north of the Bay of Biscay as well as in the Baltic Sea. It is occasional in the Mediterranean Sea.
It is a pelagic fish that forms large schools. Shoals of herring are most often found in coastal waters during spawning while they move further out to sea and also in ocean waters for feeding. Juveniles are very often encountered under the coast while adults make vertical migrations, moving into deeper waters up to 200 meters during the day.

Description –
The herring is recognized by the fusiform and laterally flattened body, covered with small scales and not easily caducous as in other Clupeidae and with a size that exceptionally reaches 45 cm but normally does not exceed 30. The maximum known weight is 1, 1 kg.
It has a blue or greenish color on the back that tends on the sides towards the silver, until it becomes clear on the belly while there are no dark spots.
On the belly the scales form a not very strong keel.
The mouth has a prominent and longer jaw than the jaw.
The eyes have no lid and the gill operculum is smooth, with a rounded posterior margin.
The dorsal fin is inserted anteriorly to the origin of the ventral fins.
It can live up to 15 years.

Biology –
Herring reaches sexual maturity from 3 to 5 years. Life expectancy once matured is 12-16 years. They breed in estuaries, coastal waters or offshore banks.
The reproduction takes place throughout the year but with preference in the months from August to October.
Fertilization is external as for most other fish and the female releases between 20,000 and 40,000 eggs, while the males simultaneously release masses of milk so that they mix freely in the sea. Once fertilized, the eggs, with a diameter of 1 – 1.4 mm, sink into the seabed where their sticky surface adheres to the gravel or algae to mature in 1-3 weeks; in water at 14-19 ° C it takes 6-8 days, at 7.5 ° C it takes 17 days.
However, ripening occurs only if the temperature remains below 19 ° C. The hatched larvae are 3 to 4 mm long and transparent except for the eyes which have some pigmentation.

Ecological Role –
Herring is a fish that feeds on amphipods, diatoms, crustaceans, bivalves, fish larvae; nutrition occurs mainly by filtration and the main preys are planktonic copepods.
In turn it is the usual prey of numerous animal species, especially mammals such as seals and porpoises, birds (Mergus merganser, Rissa tridactyla, Morus bassanus, Clangula hyemalis), squid (Loligo forbesi, Illex illecebrosus), sharks and rays (Prionace glauca, Squalus acanthias, Sphyrna lewini and Raja clavata), as well as numerous species of bony fish (Salmo salar, Lophius piscatorius, Merluccius merluccius, Gadus morhua, fish of the genus Sebastes and others).
As far as fishing is concerned, it is one of the main targets of the Northern European fishing fleets and is of great importance for commercial fishing and the economy itself of entire European nations. Even today, the populations of the Atlantic and the North Sea are exploited to be fished and marketed fresh, salted or marinated. In Italy herring is not very widespread today and is less known than many species of blue fish in the Mediterranean, but in the past the consumption of salted herring was frequent as a poor food, for example in Veneto, Emilia and Tuscany. This fish has played an important part in the nutrition of the populations of Northern Europe since the Middle Ages, so much so that it was even used in some religious ceremonies by monks.