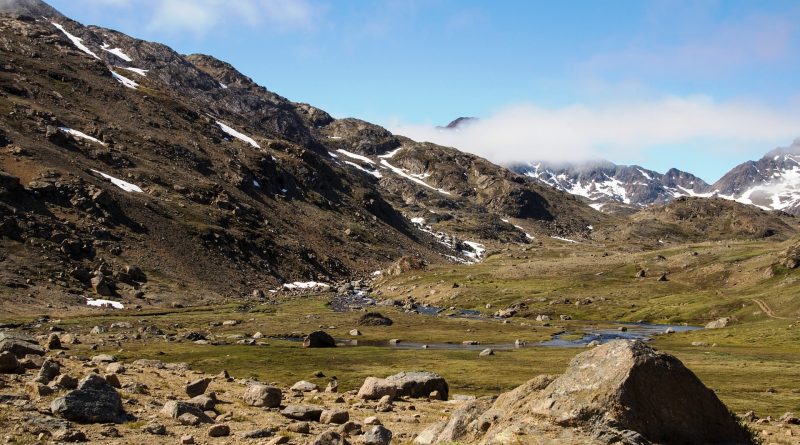 Climate of the tundra

By tundra climate we mean the climate that characterizes the edges of the Arctic circle in the area that corresponds to the tundra. This type of climate is also found in Iceland, coastal Greenland and northern Canada. Similar conditions are found on high plateaus such as Tibet, the Alps and the Andes.
The climate of the tundra, in the Köppen climate classification, takes the symbol of CKT.
In this type of climate the average annual temperature is below 0 ° C and rises only during the short summer.
The only possible vegetation is that formed by the tundra, similar to a desert, where only mosses and lichens thrive.

Only in slightly more favorable areas can some dwarf birch bushes be found.
In fact, at least on higher and drier soils, evergreen dwarf shrubs also grow.
The animal species that live in the tundra concentrate their activity in the summer period.
All the species typical of this habitat have very fast reproductive cycles, by the arrival of the first cold weather they must complete their reproduction, the development of the adults and prepare for a long and freezing winter season. Species of this climatic area include reindeer, moose, polar fox, grizzly bear, polar bear (near the sea), wolves, snowy owls, and a rich bird life.