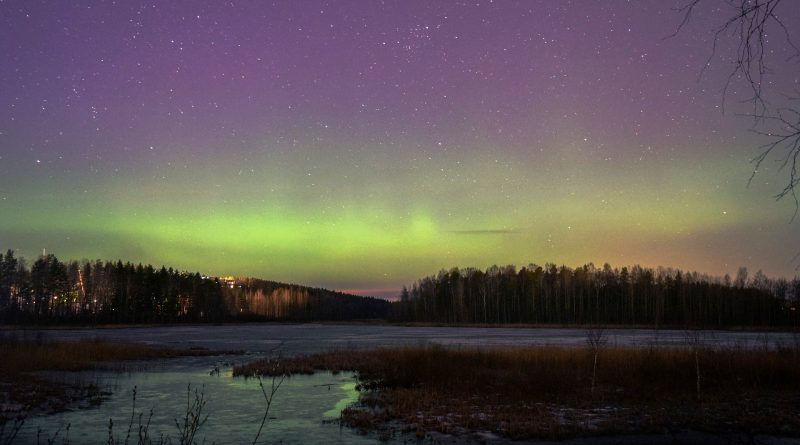 The term boreal climate of forests or boreal climate with hot summer means a boreal climate with very cold winters, which can last up to eight months, and with short and relatively hot summers (in some areas characterized by an extreme continental climate type, can touch the average temperature of 22 ° C in July).
The boreal climate of the forests, in the Köppen climate classification is indicated by the abbreviation: Df.
In the boreal climate of the forests there is no real dry season and the rainfall, not very abundant, is distributed throughout the year, but more during the summer. There is no real clear line of demarcation with the humid temperate climate, of which it is the continuation at higher latitudes and in the areas farthest from the sea.
In the boreal climate of the forests, the vegetation consists of deciduous broad-leaved forests capable of withstanding low temperatures such as birch trees. In the areas where the climate is less rigid, you can also meet plants with a temperate climate such as beeches, oaks and poplars, but, in the colder areas, the great coniferous forest, the taiga, makes its appearance.

The vegetation is therefore dominated by the Boreal Forest which is one of the largest areas in the world covered with dense and uninterrupted tree vegetation. It is an immense belt of conifers that from Scandinavia, through Russia, reaches Japan, covers the entire width of Canada to the Pacific and extends along the mountain ranges of the Rocky Mountains in America and the Alps of the European continent. An area of ​​almost 2000 million hectares.
Conifers are the trees that best adapt to the climate of the North, spruce and white fir, larch and pine. Destined to live in a harsh climate, the trees have needle-shaped leaves covered with a waxy substance to reduce water loss and the thick bark protects the trunk from frost. Conifers are exceptional wind deflectors and the interior of the forest remains sheltered during violent blizzards and wind. Other types of plants grow where a stream or a marsh has given rise to sunny clearings. Here we find willows, alders and wild raspberry shrubs, a source of food for many inhabitants of the boreal forests. In these clearings the aspen trees and often the white and pendulous birch grow.
In the northernmost stretches of the taiga, the fir and larch trees give way to the winding birch, whose branches twisted by the freezing wind are more suitable to withstand low temperatures.
In the frequent clearings and wetlands of the taiga, we find swamps, ponds and bogs. Peat bogs are characterized by an abundance of low-temperature water and are widespread especially in high latitudes, since it is precisely the cold and damp that favor their formation. Here a predominantly herbaceous vegetation such as mosses and grasses develops.
Finally, the undergrowth of the boreal forests, which is very poor, due to the little light that filters through it and a bed of needles that prevents the germination of seeds. this is discontinuous and scarce. The only plants that are able to vegetate are ferns, mosses, lichens and ericaceae. Mushrooms, on the other hand, find a particularly suitable environment for their growth thanks to the fragments of needles, branches and other dead material fallen on the ground as well as the pollen that the conifers release in spring.