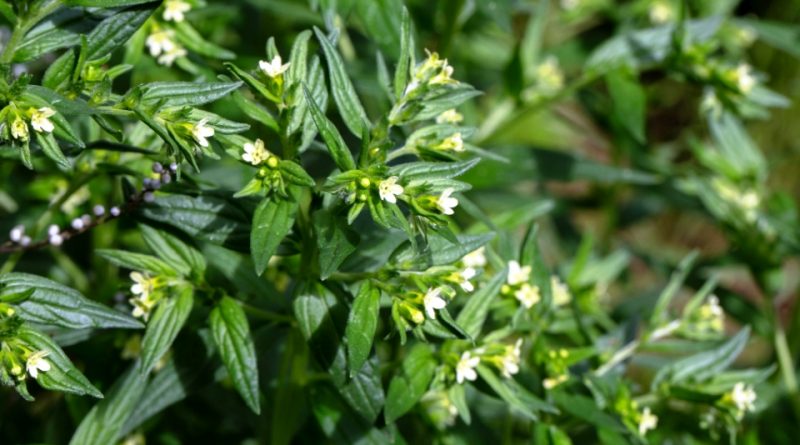 The Gromwell (Lithospermum officinale L.) is a herbaceous species belonging to the Boraginaceae family.

Etymology –
The term Lithospermum comes from the Greek λίθος líthos stone and from σπέρμα spérma seed: for seeds as hard as stones.
The specific officinal epithet comes from a medieval laboratory workshop: plants usable in pharmaceuticals, herbal medicine, liqueurs, perfumery and the like.

Geographic Distribution and Habitat –
The Gromwell is a species with a wide Eurosiberian distribution (from Europe to Japan) present in all regions of Italy, with some doubts about Calabria.
Its habitat is that of disturbed wooded margins, along the forest tracks in the pine forests, in arid bushy meadows, on clayey-sandy soils mostly calcareous but also arenaceous as long as they are rich in bases, below the mountain belt. 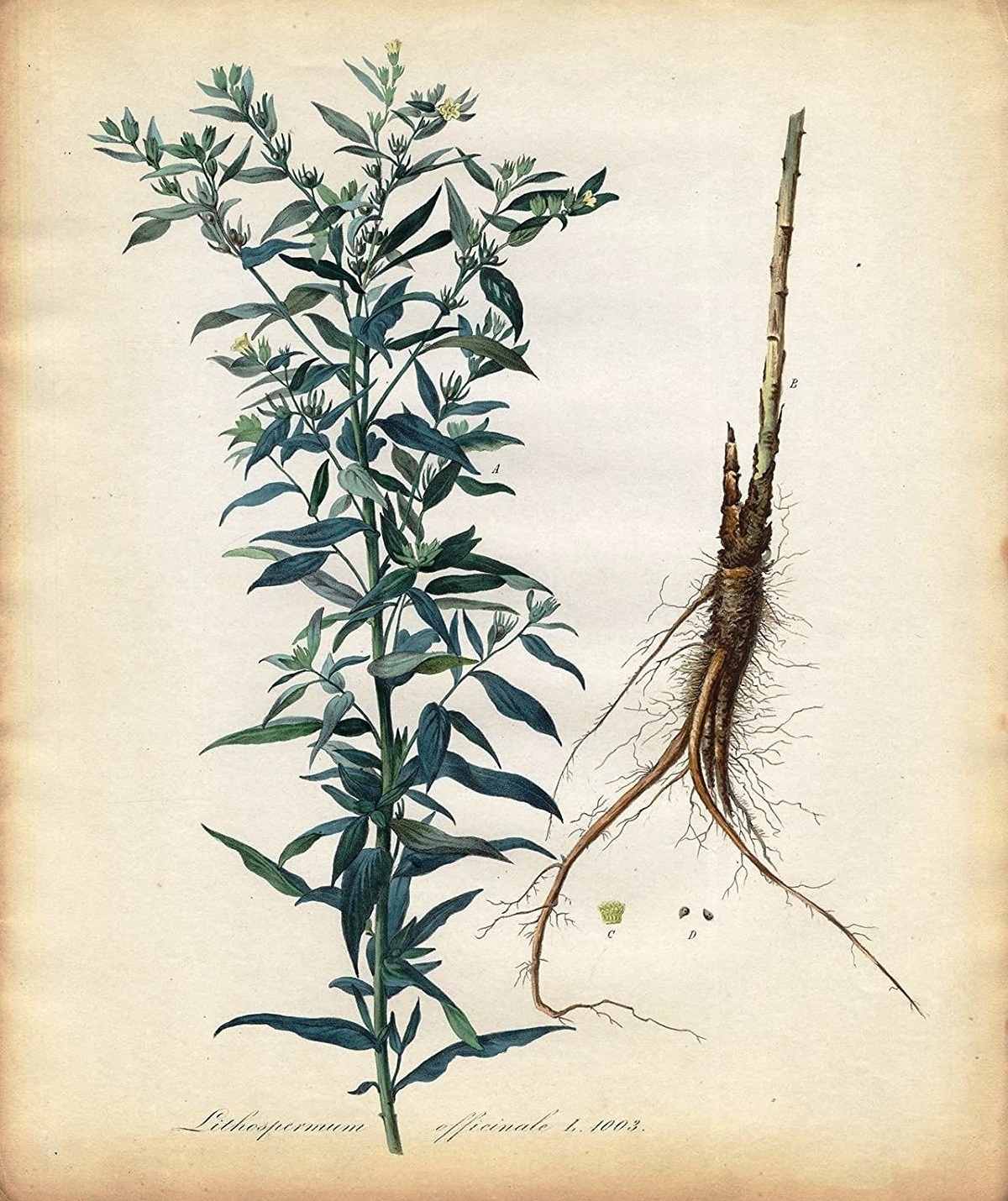 Description –
The Gromwell is a perennial herbaceous plant, which can reach a height of 0.75 meters, with twisted woody rhizome and erect stems, with numerous flowering lateral branches, bristly due to rough close hairs.
It has linear, lanceolate, sharp, whole, sessile and rough leaves, with pinnate and prominent lateral veins on the lower page, often revolute at the edges.
The flowers are in clusters or terminal or auxiliary leaf tips and have a white or yellowish corolla with a 4.5mm long tube, with 5 lobes that slightly exceeds the calyx with 5 stamens inside the tube of the corolla. The calyx is persistent and formed by 5 rounded bracts covered with sparse hair.
The fruit is schizocarpic and is a microbasarium (tetranucula) with 4 mericarps (achenes, nucule), ovoid, dark gray, then whitish when ripe, smooth, shiny, very hard, 3-3.5 x 2-2.5 mm .

Cultivation –
Lithospermum officinale is a perennial plant that is harvested in its natural state for local use as a food, medicine and source of materials.
It is a plant that can be grown easily and prefers moderately fertile well-drained soil.
Propagation takes place by seed which is sown in spring in a seedbed. When the seedlings are large enough to handle, they can be planted in individual pots or in open fields. They can also be planted in the open field in the period from April to the beginning of summer and, in any case, after the last foreseen frosts.
Propagation by cuttings or by division is also possible.

Customs and Traditions –
Lithospermum officinale is a plant that was believed by empiricists to be effective against kidney stones, in fact according to the theory of the doctrine of signs it was believed that the hardness of the seeds was a valid solution to eliminate this disorder. Over the centuries, scientific studies have not been able to confirm this theory. Only following recent experiments, it was found that the whole plant has hypoglycemic properties.
Furthermore, from research by some American scholars, on the plants used by the Indians of North America, they found that the women of some tribes used ruderal Lithospermun roots daily or for a certain period of time, in the form of maceration, causing temporary sterility.
Subsequently, the experiments carried out on animals found confirmation that L. officinale also has similar properties, that is, it acts as a contraceptive, albeit bland.
The main active ingredient is lithospermic acid, contained in the whole plant, together with other constituents such as calcium and silicon minerals, contained in the seeds, phenols and flavanoids in the aerial parts.
Currently this plant is not used in the pharmacopoeia.
As for its uses, the leaves are used as a tea substitute.
For medicinal use the ripe seeds are diuretic, lithotripic and oxytocic. These are ground into a powder and used in the treatment of bladder stones, arthritis and febrile conditions.
The root is purifying and from this a syrup is obtained obtained from a decoction that is prepared starting from the same root and stems; it is used in the treatment of eruptive diseases such as smallpox, measles and itching.
All parts of the plant contain a substance that inhibits the secretion of the pituitary gonadotropic hormone.
Among other uses, a purple dye is obtained from the roots.

Preparation Method –
Lithospermum officinale is a plant that is used for both food and medicinal purposes.
The plant should preferably be harvested in the spring.
A refreshing, diuretic and sedative tea can be prepared with the leaves and flowering tops.
From the root is obtained a syrup obtained from a decoction with which both the same root and the stems are used; it is used in the treatment of eruptive diseases such as smallpox, measles and itching.