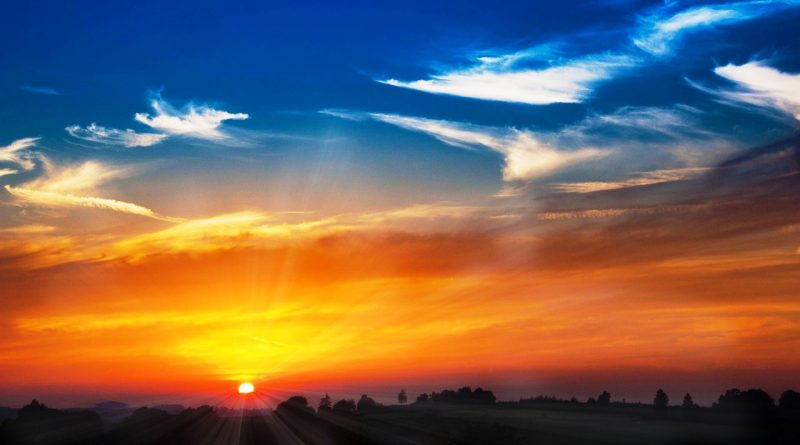 The abandonment and the discomfort that the entire rural world is going through is a phenomenon under the eyes of all and which, unlike what one might think, affects us all directly: from farmers, to the ever-fewer residents of the countryside or small rural villages, up to the inhabitants of large metropolises.
Campaigns less and less secure, increasingly subject to devastation, acts of vandalism, theft and, certainly not least, fires, which every year, as a catastrophe now announced, and to which the policy of the liberal European Union cannot remedy, are dragging with them the social and ecological system towards a dangerous point of no return.
A desertification of the territory that is not only linked to the loss of soil fertility and biodiversity; a desertification that is gradually destroying a peasant civilization that was the place of osmosis between the gifts of Nature and human needs.
A peasant civilization that was the mother of history, of art, of beauty, of the human path towards understanding life.
All erased, after 10,000 years of history, by a liberal, colonial and capitalist model that has reduced humanity to a poverty of values ​​and conditions in the name of a sneaky and lying well-being.
A humanity that by destroying its own mother, Nature, is losing precisely those principles and those gifts that our Earth has bestowed up to now.
The social disaster, with the consequent impoverishment of its values, is now evident, dragging with it a cultural, ideological and political crisis from which one cannot escape unless the places of osmosis between Nature and Humanity are recovered.
A recovery that cannot be conceived and implemented with simple economic and financial policies, at least not alone, in order not to aggravate the great chasm that the liberal system, like a vortex, is feeding.
Suffice it to say that, according to the forecasts drawn up by the United Nations, in 2050 two thirds of the inhabitants of our planet will live in urbanized areas, with an expected growth of 1.84% per year between now and 2020, of 1.63% in period 2020-2025 and 1.44% per annum from 2025 to 2030.
Cities increasingly inhabited, increasingly energy-intensive and increasingly unlivable and increasingly desolate and deserted countryside and relationships between city and countryside increasingly weak and ecosystem increasingly at risk.
Another fact that must be related to the previous one is that all this is leading to the collapse of entire ecosystems. According to the FAO, an average of 13 million hectares of forest (an area equal to that of Greece) have been destroyed per year in the last ten years. In addition, millions of hectares are degraded every year by the harvesting of timber, the construction of mines, dams, roads.
In this regard, a 2010 article in the scientific journal Science reveals that the indicators of the main pressure factors of biodiversity (the destruction of habitats, nitrogen pollution of soils and waters, the spread of invasive alien species, climate change, overexploitation of natural resources) have maintained their intensity or even increased it.

And so according to the Living Planet Report (which has been published every 2 years by the World Wide Fund for Nature since 1998), the reduction in global populations of mammals, birds, amphibians, reptiles and fish shows, by 2020, an average decline of two thirds. in less than half a century, largely caused by the destruction of ecosystems; a factor that is also contributing to the emergence of zoonotic diseases such as COVID-19.
The Living Planet Index (LPI), provided by the Zoological Society of London (ZSL), shows that factors believed to increase the planet’s vulnerability to pandemics, such as land use change and use and trade of wildlife, are the same that caused the collapse of the populations of vertebrate species between 1970 and 2016, the global average value of which is around 68% of loss.
At this point what should be done?
To this question we cannot give simplistic answers based on the same mechanisms with which we generated this disaster; to understand this aspect we can recall the phrase attributed to A. Einstein: “We cannot solve problems with the same kind of thinking that we used when we created them.”
This is equivalent to saying that we must gradually, but promptly, change our approach to the problem and, to do so, we must in the meantime take those medicines that will slowly lead us towards a new reorganization and rebalancing of things.
Many put their finger on the question that we are too many on the planet and we will be even more so in the coming decades. As usual it is a false truth as it is not a problem of resources but of how these are distributed and used.
In times of pandemics, a vaccine is needed. This vaccine has to re-inoculate people in rural areas with an active presence. This vaccine must create and restore, also culturally, those sentinels of the territory that are the farmers.
This vaccine must above all bring the younger generations back to the earth and not with liberal and capitalist models that simply look at production and markets (such as the CAP and the RDP) but with those criteria of “integral ecology” to which Pope Francis refers.
To do this, it is necessary to start from a Responsible Rurality Income (RRR) that is opposed to that dangerous citizenship income which, even if a meritorious action to support those who do not have to live, leads to an ever greater alienation of people and their role. active and constructive in society.
An RRR which must be combined with responsibilities, tasks, duties, roles.
An RRR which, like a vaccine, allows young people to be “inoculated” in the rural fabric and which also includes actions in favor of those who own rural estates which are now uncultivated or abandoned.
An RRR that is not just a monetary reward (otherwise we repeat the errors of liberalism) but that contemplates the creation of a support package (training, assistance, integration, etc.) that brings life back into rural areas and rebalances that dangerous drift to which we are destined if serious remedies are not posed.
An RRR that allows the production of healthy food and protection of Nature, mother and fertility of civilization, and removes and fights the gangrene of the mafias.
In this regard, the philosopher Henry David Thoreau said in his work “Life in the Woods” almost two centuries ago: “The survival of a city does not depend on the righteousness of the men who reside there, but on the woods and marshes that surround. ”
It’s time to put things right by starting from a different point of view.