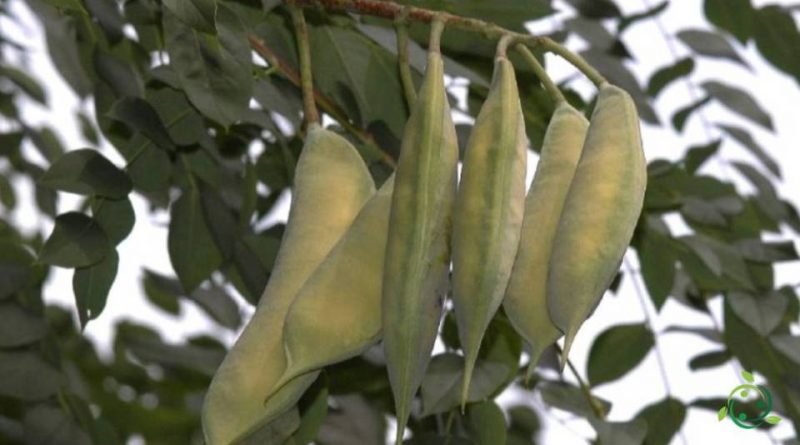 How the Kentucky Coffee Tree is grown

The Kentucky coffee tree (Gymnocladus dioica (L.) Koch) is a tree of the Fabaceae family, native to the Midwest and the Upper South of North America and introduced in Europe in the nineteenth century, is present in parks and botanical gardens.
From 1976 to 1994, this plant was Kentucky’s state tree.
Gymnocladus dioica is a dioecious species, although bisexual flowers may also be present. The flowers are gathered in racemes, elongated in the female trees and globose in the male ones. The fragrant flowers have an elongated and tubular corolla.
The fruit is a samara, an indehiscent legume, bluish-black when ripe and up to about 25 cm long. The mesocarp has a brownish pulp and the seeds are large, lenticular and brown.

Cultivation –
The Kentucky Coffee Tree is a plant that adapts well to urban areas or gardens adjacent to them.
In fact, it tolerates the typical adversities of the urban environment and is adaptable to a wide range of soils and climates, surviving even in dry, compacted or alkaline soils, while preferring moist and rich soils and exposures in full sun.
As far as pruning is concerned, this must be carried out both in winter and in early spring (it germinates very late) and is not susceptible to particular parasites.
Remember that despite being a legume, it does not fix nitrogen. However, recent research has shown that this species is also capable of forming nodules albeit at lower rates than other legumes.

Uses –
The Kentucky Coffee Tree is mainly used as an ornamental essence and is planted like a street tree.
It has a hard and resistant wood but difficult to work with. The wood of the tree is used by cabinetmakers and carpenters.
The seed can be roasted and used as a substitute for coffee beans, hence the original name Kentucky Coffee Tree, as the indigenous populations obtained a kind of coffee from the roasted seeds; however unroasted pods and seeds are toxic.