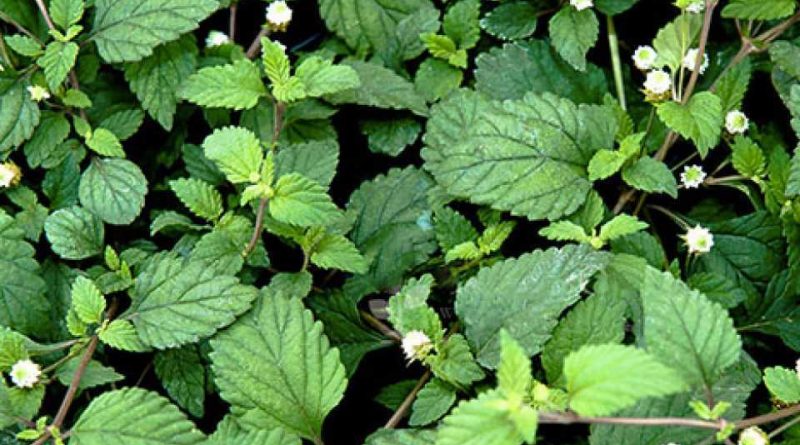 Geographic Distribution and Habitat –
Phyla dulcis is a perennial herbaceous plant native to southern Mexico, the Caribbean (Cuba, Hispaniola and Puerto Rico), Central America, Colombia and Venezuela.
Its habitat is that of wet groves and uncultivated land, wooded banks of rivers, edges of ponds, or in clearings and open pastures, from sea level to 1,800 meters above sea level. 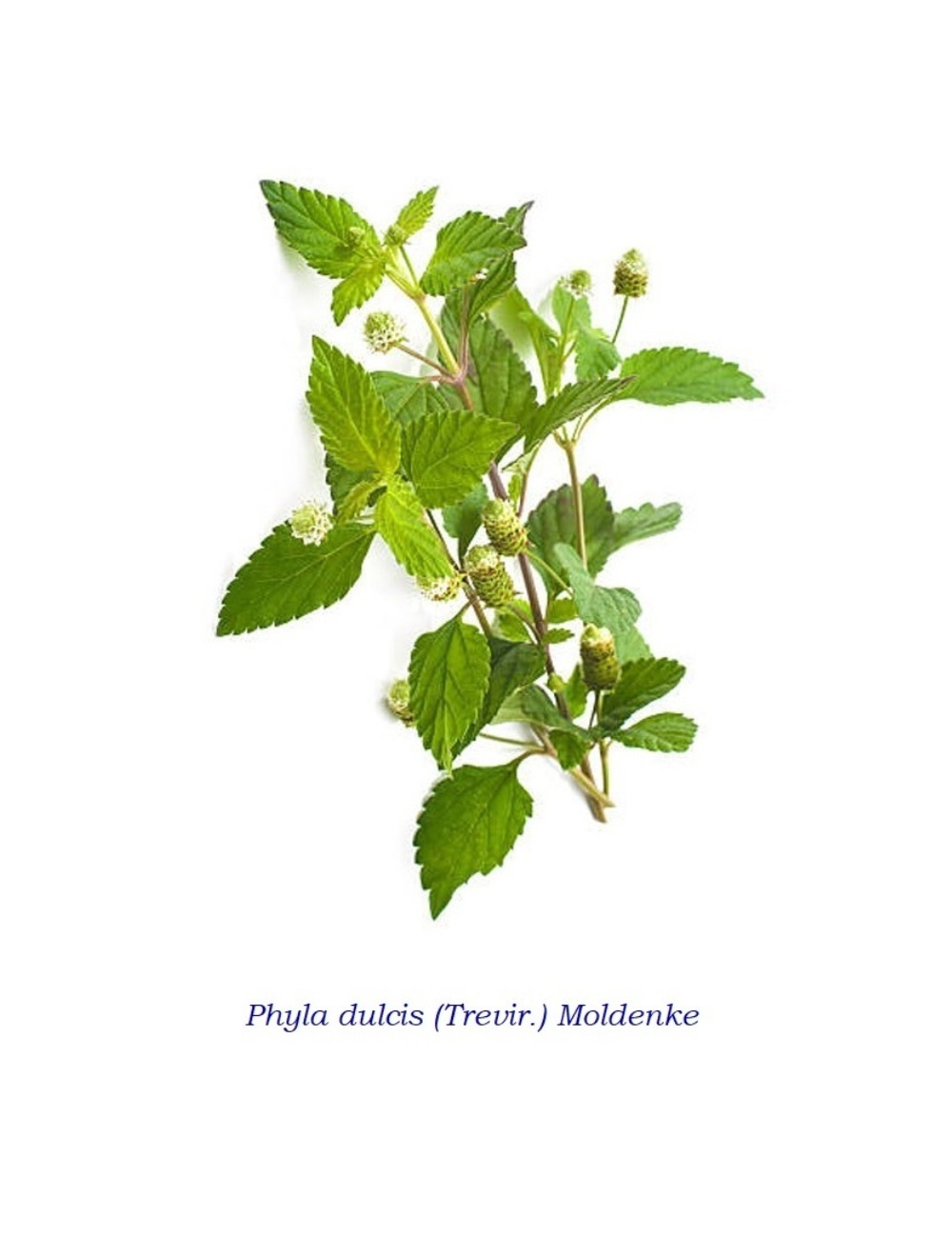 Description –
Aztec sweet herb is a perennial herbaceous plant that rarely reaches 40 cm in height but which, finding support, can climb up to 4-6 meters. It is fragrant, upright or declined, with stems that often root in the lower nodes.
The leaves are 1-4 cm long, are dark green, egg-shaped and can turn purple-brown in the sun and have a dark crimson stem.
The flowers are white, oblong in shape, 2-4 mm long, produced in erect spikes.
The flowering period is from July to September.

Cultivation –
Phyla dulcis is a plant that is generally grown in well-drained soil with a pH range of 6.0 to 8.0.
It normally grows spontaneously but can be grown by choosing a full sun exposure in any moderately fertile and well-drained soil.
During the winter it needs to be protected.
Propagation is by seed that must be sown directly in broad field or it can be reproduced by cuttings of semi-mature wood or basal or nodal cuttings of soft wood.
This weed is a fast growing low climber and is relatively hardy once it is established and can also be grown for ornamental purposes.

Customs and Traditions –
This plant has historically been used as a natural sweetener and medicinal herb in its native Mexico and parts of Central America. It was used by the Aztecs and then introduced by the Spaniards when they arrived.
The sweet taste of Phyla dulcis is caused by a sesquiterpene compound called hernandulcin, discovered in 1985 and named after Francisco Hernández, the Spanish physician who first described the plant in the 16th century. The use of Phyla dulcis, however, has not become widespread because it also contains high levels of bitter compounds, especially camphor.
Its buds are also sold as buttons dushi or dulce (sweets in papiamento and Spanish, respectively).
The leaves and stems can be eaten like candy thanks to its natural sweetener ingredient. It is used in fruit salads and other culinary recipes, being a natural sweetener.
The plant is sometimes grown for its sweet-tasting leaves, it is also said to be widely used in home medicine in Central America.
Phyla dulcis is also used for medicinal use.
The dried leaves, which contain essential oils, are emollient and expectorant; they are used as an infusion in the treatment of bronchial disorders, in particular whooping cough.
The intake of this plant is considered harmless for diabetics. Furthermore, the hernadulcin molecule is considered a thousand times sweeter than sugar and free of calories. The leaves can be chewed fresh or dried and chopped for the preparation of the sweetener powder. Another non-negligible advantage of its use is that the hernadulcin, unlike traditional cane sugar, does not damage the dental enamel.
Among other uses we remember that an essential oil, obtained from the plant, which contains the sweet sesquiterpenoid hernandulcin, has a potential use for sweetening purposes, because the main constituent of the oil is the toxic compound camphor.

Preparation Method –
Both the leaves and the flowers, fresh or dried, are collected and consumed from this plant. It is possible to freeze the leaves to use them as fresh although it must be remembered that the dried product does not affect its characteristics and sweetening properties.
The leaves of Phyla dulcis have an aromatic, intensely sweet flavor and can be added to salads or used as a condiment.
Often they are simply chewed by people who love their intense sweetness; in addition, the leaves can also be used as a sweetener in tea and other drinks.
The roots are flavored with licorice and are chewed by people.