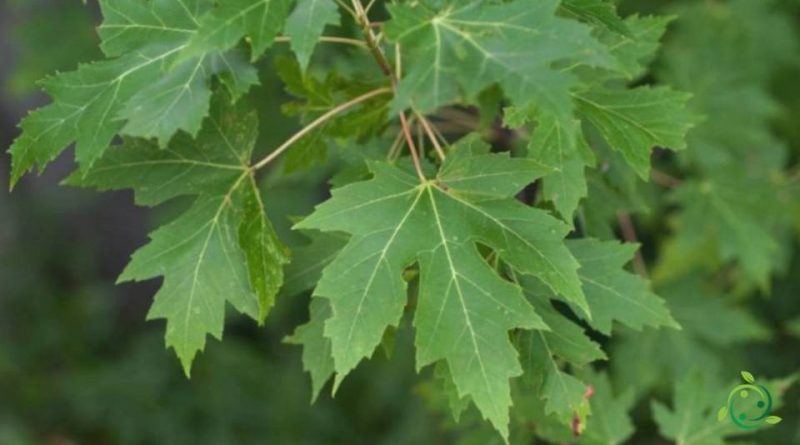 How Sugar maple is grown

The Sugar maple (Acer saccharinum L.) is a plant of the Sapindaceae family native to the north-eastern regions of the North American continent (between the United States and Canada).
It is a monoecious plant with both unisexual and hermaphrodite flowers gathered in corymb inflorescences, not very evident because they have no petals; flowering in February-March before foliation.
The fruit is double disamara with slightly spread wings.
There are many cultivars and hybrids, varieties with particularly showy autumn coloring, with fastigiata foliage, or even dwarf varieties, of limited size.

Cultivation –
Acer saccharinum is a tree that prefers temperate climates, although it adapts to those characterized by harsh winters as it withstands temperatures of several degrees below zero.
This maple, compared to others of the same genus, has greater needs for brightness, in fact the best exposures are completely sunny environments, but sheltered from the wind because the saccharine maple wood is fragile, so it is particularly prone to breakage.
From the pedological point of view it adapts to many soils and develops better on compact, humid soils subject to water stagnation, but also thrives well on acidic and saline soils, while it does not like too permeable sandy ones.
Propagation occurs by seed and by cuttings, in the latter case specimens identical to the mother plant are obtained.
The plant must be carried out in early autumn or early spring.
As regards pruning, the technique must be limited to the elimination of dead, damaged branches, with an insertion angle that is too wide as they are subject to breakage and of any branches positioned below in the case of road trees; It is not recommended to make large cuts as the white maple struggles to heal.
Fertilization must be carried out before planting by placing only organic fertilizer (such as mature manure or earthworm humus or compost) in the hole that will house the plant.
The Sugar maple should also be irrigated as well as in the early stages of its life, once it has grown especially in the summer because it is a plant that prefers more humid environments. For this reason it is advisable to use drought tolerant cultivars in particularly hot areas characterized by rather light soils.
The plant should be placed in parks or private gardens and given its size it should be spaced from other plants at least 7-8 m, as the roots explore the ground beyond the size of the crown.
Among the most cultivated varieties we remember the ‘Laciniatum’, pendulous and with lobed and deeply divided leaves and the ‘Pyramidale’ (syn.

Uses –
The Sugar maple is used as an ornamental plant with a rapid growth. From the sap, obtained by carving the bark, maple syrup is obtained, used on pancakes.