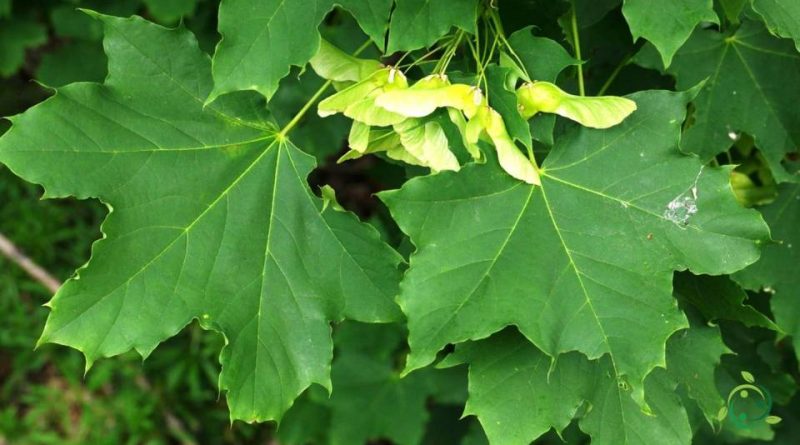 How the Norway maple is grown

The Norway maple (Acer platanoides L.) is a plant of the Sapindaceae family, which grows spontaneously in many humid and sheltered broad-leaved woods. It accompanies other maples, especially Acer pseudoplatanus (both have similar postures), in the north-central mesophilic ravines.
This plant is native to central-eastern Europe, from the north of Spain to the southern part of Scandinavia, up to the Caucasus. In Italy it is located in the center-north.
The reproductive structures of Acer platanoides are yellowish or greenish yellow flowers, depending on the variety, with 5 petals and sepals that bloom in April-May. The fruits are samaras with diverging wings of 160 ° with a long peduncle.
This plant is often grown for ornamental purposes.

Cultivation –
The Norway maple is a plant that prefers cold and temperate temperate climates, being a species able to withstand temperatures of several degrees below zero; it also resists strong winds and salinity.
In the choice of exposure, the sunny one is recommended even if it grows well even in partially shaded areas.
From the pedological point of view it prefers loose, fertile, fresh, deep soils, even clayey but well drained and rich in organic substance; it also grows well on both sub-acidic and calcareous soils, while it avoids excessively peaty and compact soils, the latter being subject to water stagnation.
Its preferential habitat in Italy is in the central-northern regions from the plain up to 1200-1300 m of altitude.
This plant propagates both by seed and by cutting.
The plant should be done in early autumn or in late winter-early spring.
As for pruning, this technique consists in eliminating dead, damaged branches, suckers that originated at the base of the trunk and any branches positioned below in the case of road trees.
Fertilization should be carried out especially during planting by adding mature manure. subsequently we intervene at the end of winter by placing organic matter at the base of the plants and burying it.
Finally, as far as irrigation is concerned, this is necessary in the first years following the planting, the adult tree shows a moderate tolerance to drought, we only intervene in the case of little rainy summers.
Please note that Acer platanoides is grown for ornamental purposes in public parks, in gardens as an isolated specimen and for the formation of road trees as it has a good tolerance to atmospheric pollution.
In public parks, given the large size that the tree reaches in adulthood, the plants must be spaced at least 8 m apart, as the roots explore the ground beyond the size of the canopy. A single plant planted in a garden requires a portion of land of at least 10 square meters to develop undisturbed.
Within the Acer platanoides there are different varieties that are distinguished by the color of the leaves, the bearing and the size of the plant.
The choice of them must be made above all in function of particular ornamental needs.

Uses –
Acer platanoides is often cultivated for ornamental purposes in the purple-leaved varieties.