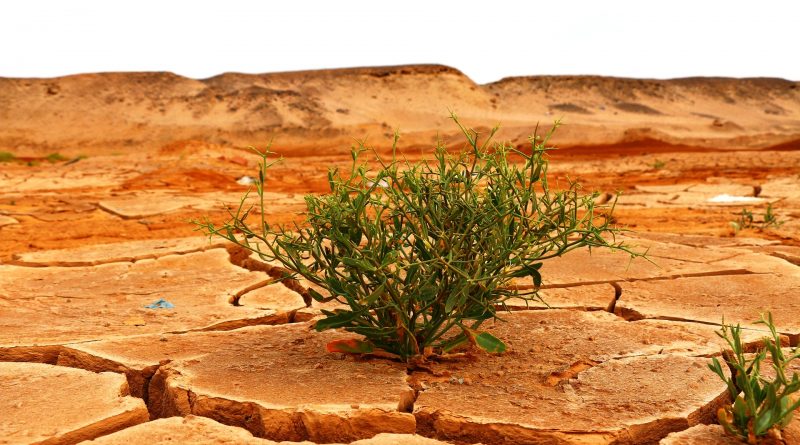 With the term desert climate, according to the Koppen classification, we mean that climate (indicated by the acronym BW) arid and therefore with annual rainfall of less than 250 mm and for which the existing temperature changes are very high.
The desert climate is a climate typical of hot and cold deserts where there are strong daily temperature variations (very hot days and relatively cold nights) and very little rainfall that may be absent for years.
The desert climate, as mentioned, can be distinguished into hot desert climate and cold desert climate:
– The hot desert climate, typical of the central Sahara, is characterized by very strong daily temperature variations, during the day the temperature can touch or exceed 50 ° C, while at dawn it can be 20 ° C or rarely just below; during the winter period in the late night hours it can be 0 ° and below this value (-20) the high temperatures favor evaporation. Usually the factor that leads to the formation of a similar climate is the presence of the subtropical anticyclone.

– The cold desert climate is instead characterized by very strong annual temperature variations, due to the continentality of the area in which they are located; this climate can rightly be considered an extremization of the continental climate. Also in this case the aridity is extreme and is due in particular to the great distance from the sea and the action of the mountain ranges that prevent the wet ocean currents from penetrating into the desert.
In the desert climate, the wind shapes the landscape by eroding the rocks and, in the case of sandy deserts, causing the formation and displacement of dunes.
Animals, including fish, amphibians, reptiles, birds and mammals, have also developed special adaptations. Almost all nocturnal, with the exception of some arthropods, have metabolisms adapted to maximum water saving and some, as also happens for plants, reproduce only when the first rain arrives.