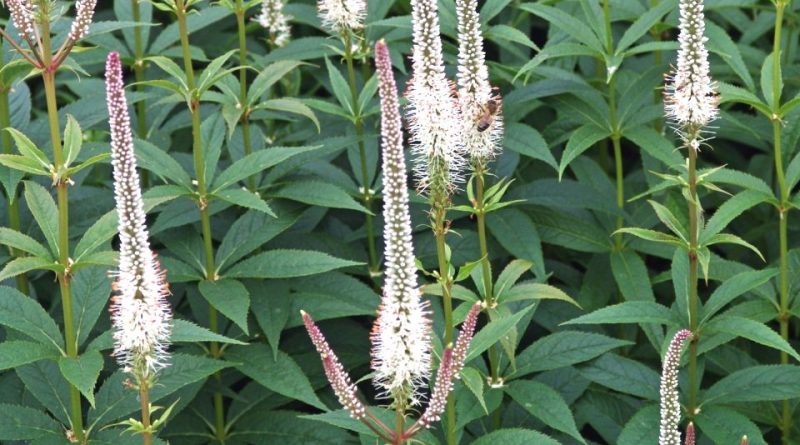 Etymology –
The term Veronicastrum derives from the name of Veronica (Christian legend states that Saint Veronica gave the veil to Christ to wipe her forehead while carrying the cross to Calvary) and astro which means star or luminosity similar to a star.
The term virginicum comes from the Latin meaning “of Virginia”, referring to a historical definition of the area of ​​Virginia that corresponds to the eastern USA and southeastern Canada.

Geographic Distribution and Habitat –
Veronicastrum virginicum is a plant native to the eastern United States and south-eastern Canada and precisely in an area that is located from southern Maine to northwest Florida to northern Louisiana through Minnesota and a little to north of the border between Canada and the United States.
Its frequent habitat is that of humid or semi-humid grasslands and sometimes in humid mountain sites. It is also found in a good number of disturbed grasslands or natural meadows. 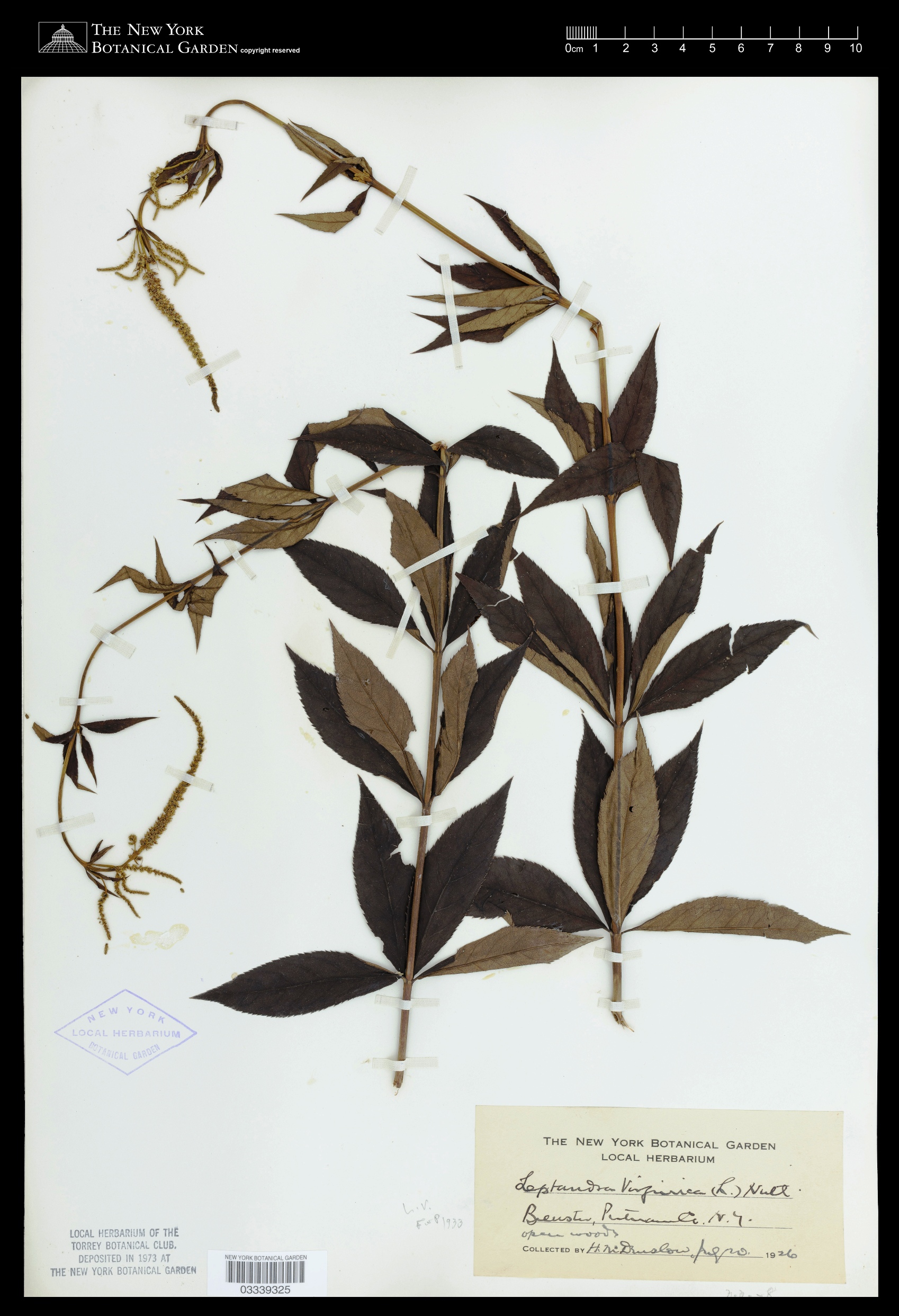 Description –
Veronicastrum virginicum is an erect perennial herbaceous plant that grows from a central taproot with rhizomes, forming a cluster of 90 – 180 cm tall stems.
The stems are hairless and generally unbranched.
The leaves are serrated and arranged in whorls of 3-7 around the stem.
The inflorescence is erect with thin and pointed racemes about 23 cm long, which give the cluster of flowers a candlestick-like appearance. The stamens are dense and protrude like a brush perpendicular to the raceme. The corollas are white or occasionally pink or purple and are about 2 mm long.
These plants bloom for about a month from mid-June to late August, depending on the latitude.

Cultivation –
Culver’s root is a plant that is grown as an ornamental in temperate gardens in the eastern and central United States around its area of ​​origin.
Most native plant nurseries commonly sell this easy and adaptable perennial. It is fully hardy down to at least -20 ° C and grows in full sun to partial shade and in any moist, well-drained soil.
The plant grows slowly the first year after transplanting but usually recovers in the second growing season, although it can take several years to fully stabilize.
Plants can be pruned in late May and propagation occurs by seed.
Sowing should be done in autumn, in a cold greenhouse, in a sunny position; when they are large enough to be handled, the young seedlings can be placed in individual pots and transplanted in the summer.
The stored seed must be stratified before sowing by mixing it with wet sand or peat moss, then sealing it in a container or plastic bag and storing it for about 90 days at 3 – 5 ° C.
It can also propagate by division which must be carried out by placing the new tufts in shady and humid areas and transplanted after rooting in the summer or the following spring.
There are also some cultivars selected for their ornamental value.

Customs and Traditions –
Veronicastrum virginicum is a plant that was once often used for medicinal purposes by the North American natives and is sometimes used in modern herbal medicine, being collected in nature. It is grown as an ornamental plant, especially appreciated for its flowering season in late summer and early autumn. In the UK, the ‘Lavendelturm’ cultivar, with lilac flowers, has been awarded the Award of Garden Merit by the Royal Horticultural Society.
Currently, in the curative field it is used occasionally in modern herbal medicine, mainly for its effects on the liver and on the production of bile.
Some caution is advised, as the plant is potentially toxic.
The root is anodyne, cathartic, emetic, hepatic, laxative and tonic.
The fresh root is a violent cathartic and perhaps emetic, the dried root is milder in its action, but less safe.
The root also gently excites the liver and increases the flow of bile.
It plays an important ecological role as the larvae of some moths feed on this plant.

Preparation Method –
Culver’s root is a plant that traditionally used by ancient North American peoples is now occasionally prepared for curative use.
An infusion can be prepared which is used in the treatment of diarrhea, cough, chills and fever, and also to relieve the pain of back pain.
Tea made from the roots is highly laxative.
The roots are harvested in the fall and must be stored for at least a year before use.