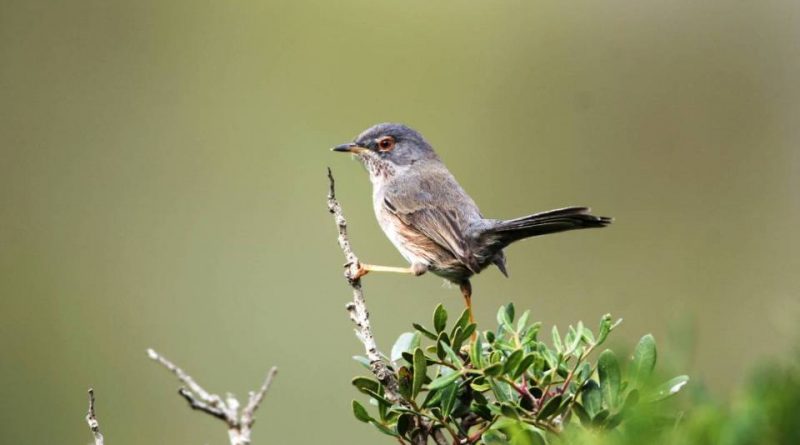 The Dartford warbler (Sylvia undata Boddaert, 1783) is a bird belonging to the Sylviidae family.

Geographic Distribution and Habitat –
The Dartford warbler is a bird that inhabits an area between Europe and North Africa.
In Italy it breeds below the latitude of the Po Valley.
Its habitat is that of the evergreen coastal and inland Mediterranean scrub, between dense bushes and thorny scrubs, moors, where it is most widespread up to 500 m above sea level. 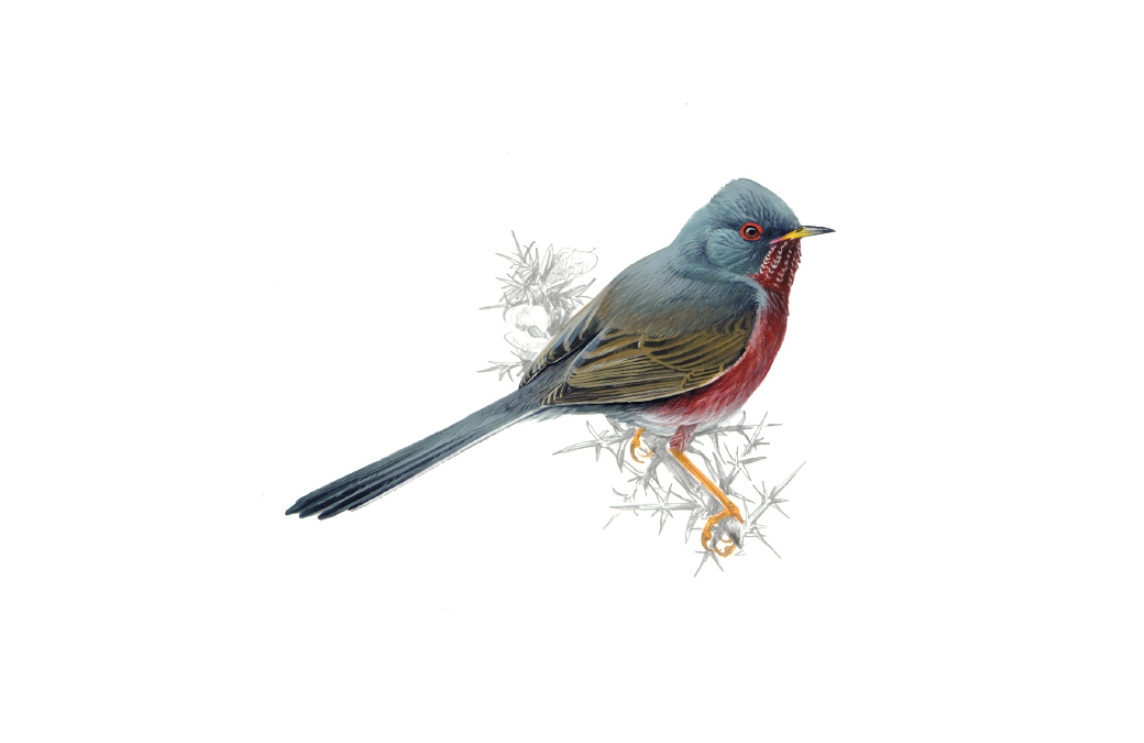 Description –
Sylvia undata is a 12.5-13 cm long bird characterized by a very long tail that it almost always keeps raised and by a very dark plumage (in the male it is brick red on the chest).
The livery is generally very dark with a red eyelid ring and a red-orange iris.
The head is slate-gray which turns dark brown on the nape.
The lower parts are dark red-brown with a whitish belly; throat subtly streaked with white in autumn; dark brown tail.
Females and younger specimens are lighter, usually with brownish tones.

Biology –
The Dartford warbler nests in late spring and beyond (between late March and mid-July) and lays 3-5 eggs.
This bird builds its nest, small and well cared for, in the thick of the bushes not far from the ground.
It can make only one brood per year but more frequently two and the incubation lasts about 12-14 days.
Hatching of eggs is generally asynchronous.
The young are ready for flight 12-14 days after hatching.

Ecological Role –
Sylvia undata is a bird that feeds on insects and spiders and in the autumn period also on mulberry and bramble blackberries.
In our peninsula it is a breeder, regular migrant and winter visitor. Migratory movements take place between October and November and between mid-March and May.
As for the nesting area, this is limited to the west by the Atlantic Ocean, from southern England to the Strait of Gibraltar and extends eastwards, reaching southern Italy. Some birds reach northwestern Africa, mainly Algeria and Morocco. It occupies the Italian coasts from Liguria to Abruzzo, the Tuscan Archipelago and the large islands.
The Italian breeding population is estimated at 10,000-30,000 pairs.
According to the IUCN it is likely to attribute to the species present in Italy, a decline of at least 30% in three generations caused mainly by the continuous subtraction of suitable habitat in coastal areas. The species in Italy is therefore classified as Vulnerable (VU) according to the A2 criterion. In Europe, the species has suffered a marked decline in the past and although currently it seems to have stopped or in any case reduced, the species has not yet recovered (BirdLife International 2004). For these reasons, immigration from outside the regions is hardly conceivable and the classification of the Italian population therefore remains unchanged. More specific investigations are absolutely necessary in order to investigate in greater detail the state of the species in Italy.