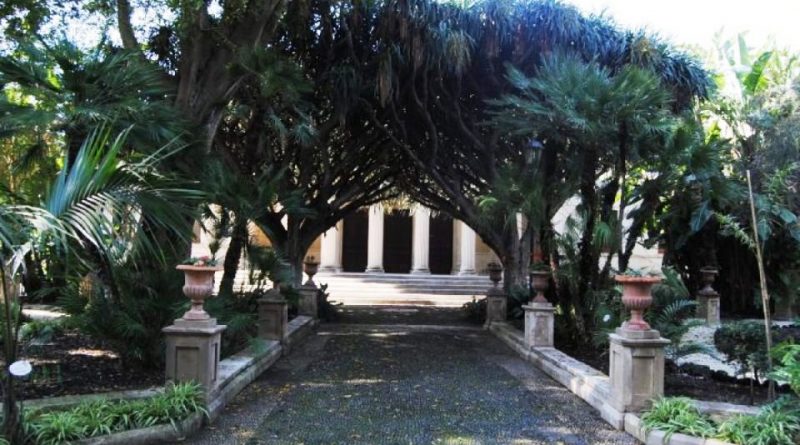 History –
The foundation of the botanical garden of Catania is due to the Benedictine librarian monk Francesco Tornabene Roccaforte who, appointed holder of the chair of Botany in 1843, obtained from the Deputation of the Royal University of Catania, a land to be allocated for this purpose, from the previous property of Carmine Ferlito. Both the future rector Carlo Gemmellaro and Lorenzo Maddem collaborated in the construction work, to whom the technical problems were entrusted from 1845.
The university botanical garden, designed by the architect Mario Di Stefano, was inaugurated in 1858 and today extends over an area of ​​about 16,000 m² at 75 m asl, on soils partly of volcanic origin (lava from the Roman era) and in alluvial part.
After the foundation in 1862, the first plants were placed, coming from other Botanical Gardens, in particular from Sweden, France and Italy (Naples and Palermo).
In 1865, thanks to the legacy of Mario Coltraro from Catania, the Garden was enlarged with a new area intended, as expressly desired by the donor, for the cultivation of species of the Sicilian spontaneous flora. Since then no further expansion has been possible due to the rapid development of the city.
Tornabene was succeeded by Pasquale Baccarini, in office from 1892 to 1900, Giuseppe Lopriore, from 1900 to 1901 and in 1901 by Fridiano Cavara.
The latter distinguished himself for a lively and varied scientific activity, dedicating himself, among other things, to floristic and mycological research, but above all he tried to acclimatize alpine plants on Etna. For this purpose he created, near the roadman’s house, at 1880 m a.s.l., an Alpine Botanical Garden which he called “Gussonea”.
Luigi Buscalioni, known in Italy and abroad for his scientific production in the most diverse fields of Botany, directed the Garden from 1906 to 1923, working for the expansion of the Institute with the creation of new rooms for the library and laboratories . Structures that from an architectural point of view turned out to be very modest compared to the classic building wanted by Tornabene. He also tried to implement the systematic arrangement according to Engler in the Garden, but the substantial changes made, if they allowed a more rational organization, however, involved the destruction of tree specimens of undoubted value.
The subsequent directors, well-known botanical scholars such as Emilio Chiovenda, Albina Messeri and Roberto Corti, did not make substantial changes to the Garden.
On the eve of the Second World War, Gaetano Rodio took over the management.
Unfortunately, the damage caused by the bombings, the occupation of the Institute by the allied troops and the post-war difficulties determined the decline of the Garden.
In 1958, due to the serious damage suffered, the director Valerio Giacomini had the large Tepidario greenhouse commissioned by Tornabene demolished.
Today the Botanical Garden, within the original nineteenth-century structure, has once again become a place of considerable historical, scientific and educational cultural interest.

Description –
The area of ​​the botanical garden of Catania is divided into Hortus Generalis (13,000 m²), characterized by the presence of exotic plants, and Hortus Siculus (3000 m²), intended for the cultivation of Sicilian spontaneous species.
The Hortus Generalis, in formal or Italian style, is divided by orthogonal avenues into twenty-two geometric sectors delimited by large steps in cut limestone; the regularity of the shapes is accentuated by the presence of three circular tanks, used for the cultivation of aquatic plants.
The monumental building was built in neoclassical style by the architect Di Stefano with elegant Ionic columns and coffered ceilings. The rigorous architectural lines are counterpointed by two majestic Dracaena draco, commonly known as the dragon tree. In the Hortus Generalis you can also admire the rich collection of palm trees and the fascinating sector of succulent plants.
The Tepidarium (large greenhouse) now houses over 160 plant species including ornamental and food-related plants such as coffee and papaya. The central basin houses the delicate water lilies. The large greenhouse, commissioned by Tornabene himself, was made of iron and crystals in imitation of the Serra Carolina of the botanical garden of Palermo. In the aftermath of the Second World War it was demolished (1958) due to the severe damage suffered during the bombing. It was recently rebuilt, with the same architectural structure as the original and inaugurated in 2008. Near the Tepidarium there are two small greenhouses for the cultivation of succulent plants.
The Hortus Siculus, with its collection of spontaneous plants from the island, represents an oasis for the protection and conservation of rare and endangered species such as Zelkova sicula. In diversified areas, some typical Mediterranean environments have been reproduced (dune environment, rocks, humid environments, woods, scrubland) which reproduce the Sicilian landscape on a small scale. It was built in 1865, thanks to the legacy of Mario Coltraro from Catania, who expressed the desire to use the donated area for the cultivation of species of the island’s spontaneous flora. Since then, no further expansion of the science garden has been possible due to the rapid development of the city. 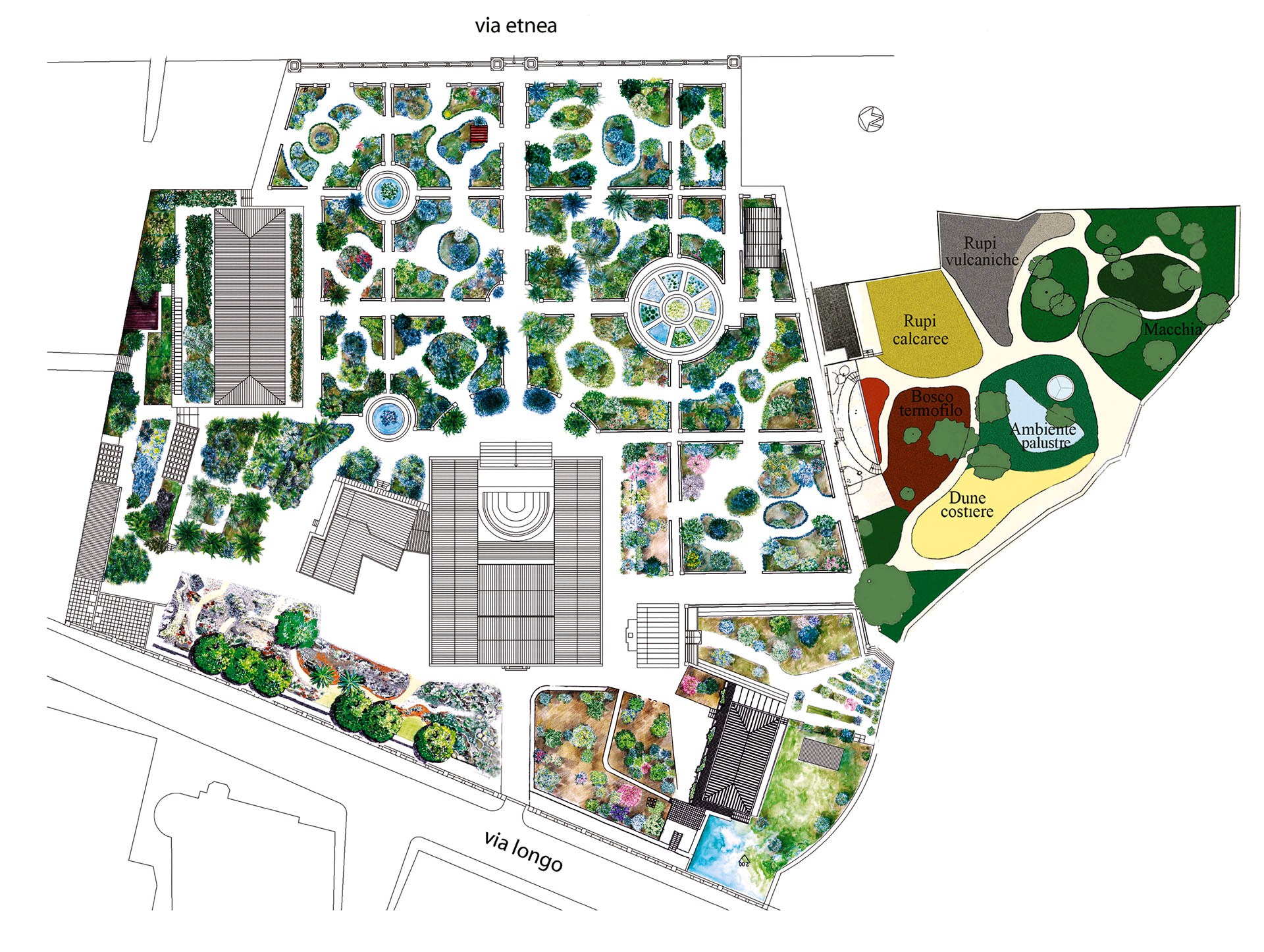