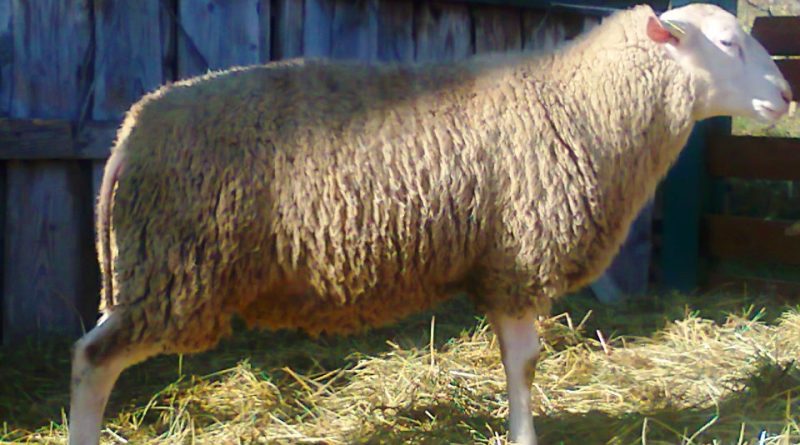 The East Friesian or German Friesian is a sheep breed originating from Friesland (Ovis aries Linnaeus, 1758) bred mainly in Germany and Holland with an aptitude for milk production.

Geographic and Area Distribution –
The East Friesian is a German sheep breed (also known as Ostfriesisches Milchschaf) originally from Friesland and bred mainly in Germany and Holland but also imported all over the world to be bred in its pure state or crossed with local breeds.
In Israel, for example, the East Frisian x Awassi -> Assaf crossing is practiced.
The Fries melkshaap, bred in the Netherlands, also belongs to the Friesian group.
The Frisona was imported into Italy in several regions (Sardinia, Piedmont, Lombardy, Tuscany, Lazio and Sicily).

Origins and History –
The East Friesian is a breed with a centuries-old history. For more than ten centuries, in the coastal areas on the North Sea, from Belgium to Denmark, in the region of Friesland, sheep have been raised. In the paintings of Flemish painters, from the fifteenth to the seventeenth century, the flocks are frequently represented against the backdrop of splendid agricultural landscapes, testifying to the fact that they were a common presence on farms, where they were raised for wool but also for meat and milk (the sheep was called “the cow of the poor”). In the last fifty years in particular, its breeding has collapsed and native breeds, with centuries of history behind them, are now almost at risk of extinction.
One of the oldest, recognizable in the panel “The Adoration of the Lamb of God” by Jan and Hubert van Eyck, preserved in the cathedral of Ghent, is the melkshaap (which in Dutch means “milk sheep”). The name with which this breed is registered is friesian-zeeland, that is, Zeeland Friesian, but there are two herd books, one for the friesian and one for the zeeland, because the original stock has slightly differentiated genetically over time in the two regions ( Friesland and Zealand) in which it is still bred, even if they are quite similar to the eye.
Also in Italy this breed has been introduced in various regions. For example, a few years ago studies were carried out in Sardinia on the use of Frisian rams on Sardinian sheep to obtain animals suitable for intensive and semi-intensive farming conditions. Several multi-year experiments have shown that the F1 mestizos produced in this way are capable of productions per lactation of between 250 and 350 kg of milk and a much higher quantity of meat than that obtainable from pure Sardinian sheep. Despite this, this cross has never spread not only in Sardinia, but also in other Italian regions where it has been introduced on several occasions. The reason is almost certainly to be found in the breeding system which, although modified for the better, sees the sheep always confined to difficult areas. Thus this particularly gentle breed does not respond well to difficult conditions, even if limited in time.
In its areas of origin, such as in Friesland, this breed is bred in small and very small farms and in a less arid and uncomfortable environment than in other southern territories. The animals are well cared for, live on pasture and receive supplements to the manger almost daily. The pastures are fertile and the stables comfortable.

Morphology –
The East Friesian is a large breed of sheep, with white fleece and average weight which in males is 90-100 kg up to 120 kg and in females 60 – 80 kg.
It has a long and thin neck and is recognized by its slightly flattened nose and by the tail, hairless and long up to the hock.

Productive attitude –
This breed is an excellent dairy farmer that reaches yields of over 500 kg per lactation (fat 6-7%). It is, by far, the sheep breed that reaches the highest milk production in the world. Meat production is also interesting for its high twinning (usually twin births and on 2nd calving females and over 20% triplets) and the rapid growth of the lambs, nursed without difficulty.
The wool is of the croise type. An adult ram can provide 8 kg per annual shear.
It is also a very fertile breed that often has multiple births.
For this reason, over the centuries it has been exported and spread to various parts of the world, even if it has not had a great development because it is a gentle breed, not suitable for grazing on difficult and rough terrain.