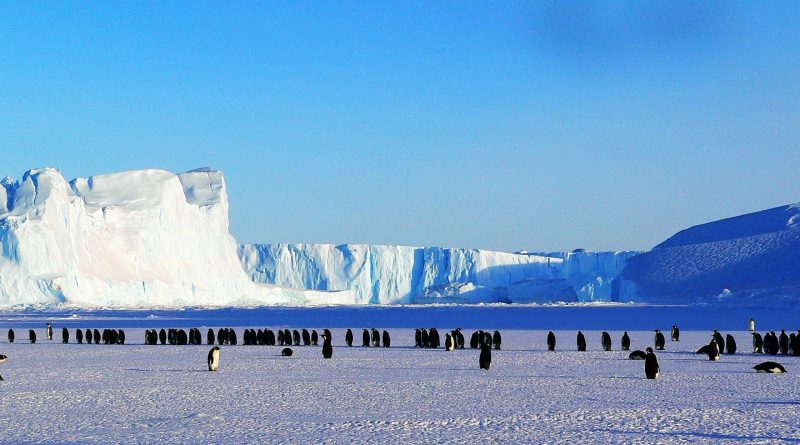 The glacial climate or climate of perennial frost is the harshest climate on the Earth’s planisphere.
The glacial climate according to the Köppen climate classification, which is abbreviated to EF, is found mainly in the interior of Greenland, in the arctic areas closest to the North Pole and in most of Antarctica.
This climate is characterized by expanses of perennial ice and snow and by an often impetuous katabatic wind.
The average temperatures of the glacial climate of the hottest month are below 0 ° C even if in some areas of the Arctic Ocean the temperature can rise to about 1 ° C, so the thaw period is almost absent as well as the vegetation.
In winter, average temperatures can easily drop below −50 ° C: in Vostok, the average temperature of August (the coldest month) is −71 ° C and that of February (the least cold month) is −33. ° C, for an annual average of −56 ° C.
Due to the high Antarctic pressures, the thermal inversion is very pronounced. The interior of Greenland also reaches very low average annual temperatures, below −30 ° C and between extremes below −50 ° C in February and −10 ° C in July, respectively.

Flora and fauna –
In areas with a glacial climate, all animals and plants have had to adapt to particular extreme conditions: very low temperatures, strong winds, poor soils that are often frozen, long winter nights alternating with long summer days.
This means that all the plants (which occurs mainly in the Arctic) are small and grow in groups to protect themselves from the cold. For example, they tend to grow horizontally rather than vertically to protect themselves from the wind. This is the case of the arctic willow, which does not grow above 25 cm and has branches that crawl on the ground and some that can even grow underground. Polar animals are covered in fur, feathers, or thick layers of fat to insulate themselves from the cold. The extremities, such as, for example, ears and tails are small so that the loss of body heat is minimized.
While some species can live in both poles (e.g. seals, killer whales, sperm whales), many live alone or in the Arctic or Antarctica. So a penguin, which is often seen as the Antarctic mascot, will never meet a polar bear, which lives and hunts on Arctic ice. Only one species of bird (the Arctic tern) travels from pole to pole each year making a migration of about 18,000 km.
There are several hundred species of land plants in the Arctic.
The isothermal limit that defines the Arctic is more or less where the taiga (boreal forest of the high northern latitudes) ends and the tundra begins. This is what is known as the “tree line.”

Going from south to north, the taiga trees gradually give way to the tundra, a steppe region with sparse vegetation composed of a few trees growing at ground level, herbaceous plants, mosses and lichens. The tundra (as well as part of the taiga) is characterized by the presence of permafrost, consisting of a layer of frozen ground up to a certain depth.
In this area only the superficial part (0.5-1.0 meters) of the permafrost melts during the summer, transforming the landscape into a vast swampy area, where plants are able to grow in a few weeks.
Some mammals live in the tundra (such as the wolf, the arctic fox, the hare, the musk ox, the reindeer, the lemmings), as well as numerous species of birds and several hundred insects. Polar bears mainly live on sea ice, where they hunt all year round.
The condition in marine environments is different. A wide range of animals live here including whales, seals, walruses and seabirds as well as many fish and invertebrates. The short breeding season explains why there is not much marine biodiversity. During this period, the Arctic is home to the largest population of seabirds in the world, with several million individuals (terns, arctic petrels, gulls, alchias, guillemots, magpies, etc.)
As for Antarctica, the interior of the continent is completely frozen and practically does not present any form of life; the largest land animal found in the interior is the wingless gnat which measures no more than 12mm in length. As for the flora, there are only two types of flowering plants (on the Antarctic Peninsula, where the climate is less rigid), as well as mosses and lichens that grow on the rocks.
This lack of plant life can be explained by the extreme climate, the small surface of the continent without ice (less than 2% of the total) and the scarcity of available liquid water.
Life is concentrated in the coastal regions and the Sub-Antarctic Islands. In reality, life in Antarctica is closely linked to the marine environment: cold waters are rich in nutrients transported from great depths to the surface by strong upwelling currents. These nutrients determine a strong algal production which represents the first link in the rich Antarctic food chain and allows the life of a very large number of animal organisms.
Because of the richness of life present in the sea, all animals live in close contact with it: penguins, albatrosses, petrels, seals and whales.
The rocky shores of mainland Antarctica and its islands offer nesting space for over 100 million birds each spring. These include species of albatrosses, petrels, skua (skuas), gulls and terns. The insectivorous pipit (Anthus antartictus) is endemic to South Georgia and some small surrounding islands; freshwater ducks also inhabit South Georgia and Kerguelen.
Penguins are all located in the Southern Hemisphere, with the greatest concentration found on and around Antarctica. Four of the 18 species of penguins live and breed on the continent and its neighboring islands; while four other species live on the subantarctic islands. The emperor penguin has four superimposed layers of feathers, designed to keep them warm: they are the only Antarctic animal that reproduces during the winter.
The Southern Ocean has low biodiversity but high concentrations of individual species. There are fewer than 300 species of fish; 43 types of birds nest south of the Antarctic Convergence (including seven penguin species). Four types of seals are found on the coasts of the continent and the Antarctic Peninsula.