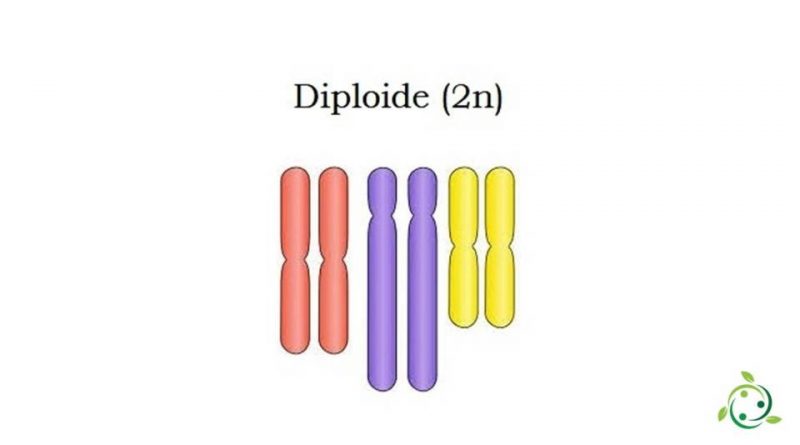 In biology, the term diploidy refers to the condition in which two copies of each chromosome are present in the somatic cells of a living organism, called homologous chromosomes.
The diploid condition is often indicated with the symbol “2n”, to indicate the two copies of the haploid chromosomal kit “n”, which characterize a species. Diploidy is typically the result of sexual reproduction.
It should be remembered that the copies of a chromosome are genetically identical (but with different alleles as they come from the two parents), except in the case of the sex-linked chromosomes in the male, where, instead of two copies of the X chromosome as in the female, an X a different, much shorter chromosome called Y is associated.

The diploidy is opposed to the haploidy. In fact, there are also organisms and haploid cells, in which there is only one copy of each chromosome.
Gametes are, for example, haploid cells that fuse during the fertilization process to produce the zygote which is the first diploid cell of the new organism that contains a copy of the genetic makeup of both parents.
In biology, in addition to diploidy and haploidy, there is also the condition of polyploidy, with many examples among cultivated plants: these organisms contain more than two copies of their chromosomal makeup.