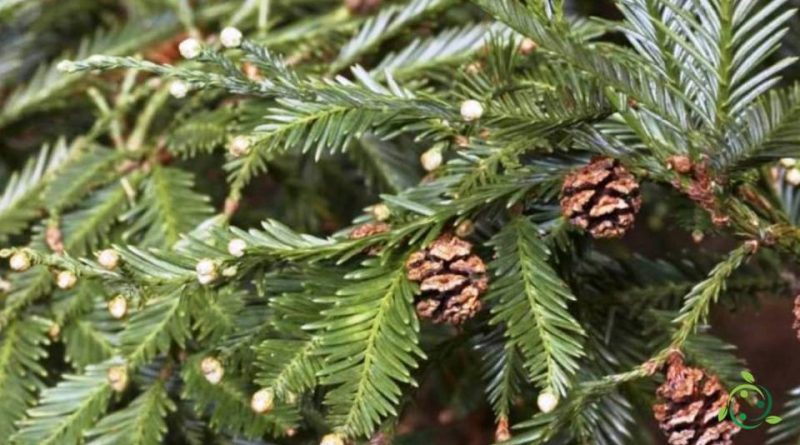 How coast redwood is grown

The Coast redwood, coastal redwood or California redwood (Sequoia sempervirens, Don, Endlicher, 1847) is a tree of the Cupressaceae family whose name was given in homage to Sequoyah, a Native American Cherokee who invented the Cherokee syllabary in 1821.
This plant native to the western part of North America grows wild along a narrow coastal strip between California and Oregon. Most of the sequoias are located within Redwood National Park and Yosemite National Park. It is the tallest plant species in the world (up to 110 m), and it is also one of the longest-lived, being able to live over 2,000 years.
Before the glaciations, sequoias, or very similar trees, existed in Europe as well.
Its reintroduction in Europe dates back to the first half of the nineteenth century for ornamental purposes, but in this short period of time the sequoias introduced in Europe, with no more than 100-150 years of life, reached a maximum height of 40-50 m. .
The reproductive structures of this plant, which is a monoecious species, are ovoid lateral and terminal cones, with very polliniferous yellow males and green females.
The fruit is an ovoid or globose galbulo, woody, up to 2 cm long, usually with a peduncle covered with scaly leaves.

Cultivation –
Sequoia sempervirens is a tree that requires an oceanic, rainy climate with mild and snowy winters; does not like too cold continental climates. In the areas of origin it can reach considerable heights while in Europe, as mentioned, it does not exceed 40-50 m.
This plant which in its habitat grows spontaneously along the coastal strip that goes from California to Oregon, within a radius of 60 km from the Pacific Ocean, in fact prefers a type of temperate oceanic climate rich in humidity, it does not tolerate continental too cold temperatures, it is widespread up to altitudes of 1,000 m above sea level, but generally grows at altitudes below 300 m.
For their cultivation, therefore, the sequoias prefer soils of alluvial origin where, in the areas of origin, they form pure or mixed forests with other species of local conifers such as Pseudotsuga menziesii and Picea sitchensis.
It is therefore advisable to choose deep, humid and well-drained soils, in sheltered positions. Sequoia Sempervirens tolerates completely shaded locations more than the other species, but grows faster in the sun.
The planting of young seedlings should be done in autumn or spring.
In the early stages of growth, the soil must be kept moist and in the first years after planting, in the period between March and April it is useful to distribute a layer of leaf soil (mulch) to promote soil moisture.

Uses –
Coast redwood have been planted for both ornamentation and forestry purposes in various parts of the world, including Italy, and are wild in New Zealand.
Their reddish-colored, easy-to-work and durable wood is highly valued.