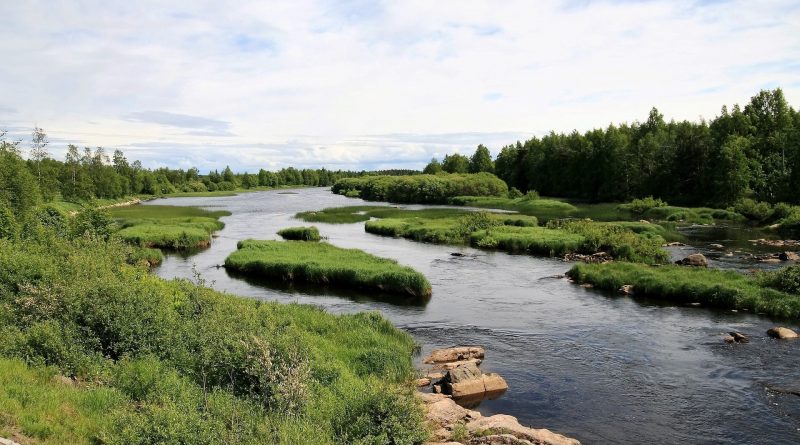 The Trans-Siberian climate, also called cold climate with prolonged winter, is a type of boreal climate that characterizes a certain area of ​​eastern Siberia.
The Trans-Siberian climate is characterized by extreme climatic conditions; there are freezing cold temperatures that last more than eight months and very short summers (their duration is shorter than in the boreal climate of the forests) and relatively hot (the average summer temperature is in any case below 20 ° C).
In this type of climate, rainfall is scarce, especially in winter (which can be considered a dry season); the snowpack, thin but very hard, can last up to eight months. In fact, rainfall is scarce almost everywhere in the long winter months, due to the cold: snowfalls are frequent but very light, and the snow can be blown away by the wind; almost everywhere summer is the rainiest season, due to the greater availability of heat and summer storms that occur in inland areas.

The Trans-Siberian climate is also characterized by very high annual temperature variations, which, in some cases, given the minimum temperature (often below -50 ° C) and the maximum recorded during the year (even 30 ° C), can exceed 80 ° C waste. The thermal excursion of the average temperatures can also exceed 60 ° C.
In this area of ​​the Earth there is in fact the cold pole of the northern hemisphere, which is located approximately in the area where the two coldest human settlements on Earth are located: Verchojansk and Oymyakon.
In the Trans-Siberian climate, the particular climatic conditions only allow the formation of a taiga of conifers that are very resistant to the cold like spruce trees.