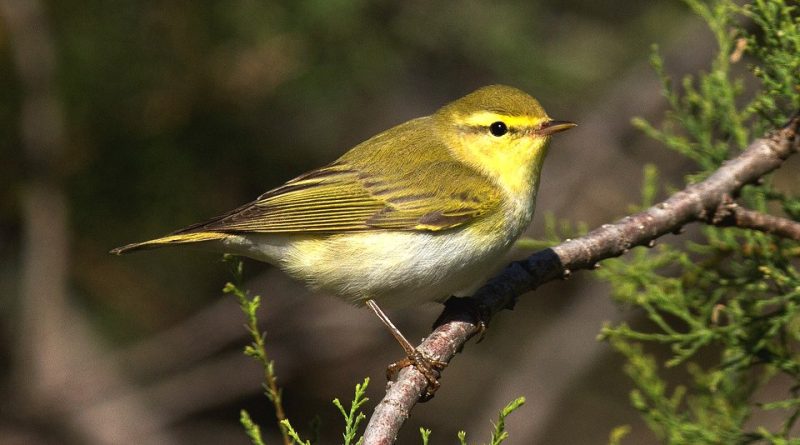 The wood warbler (Phylloscopus sibilatrix, Bechstein, 1793) is a passerine bird belonging to the Phylloscopidae family.

Geographic Distribution and Habitat –
The wood warbler is a bird with a diffusion in Eurasia and which winters in equatorial Africa in habitats of forests with open foliage, sometimes in more open areas with more scattered trees. In Italy it is a regular migrant and nests in the Alps, up to 1,200-1,300 meters of altitude, and in the central Apennines.
Its habitat is that of humid and shady woods with little undergrowth, beech, oak-hornbeam, chestnut, alnete, birch, pine, spruce and mixed woods. 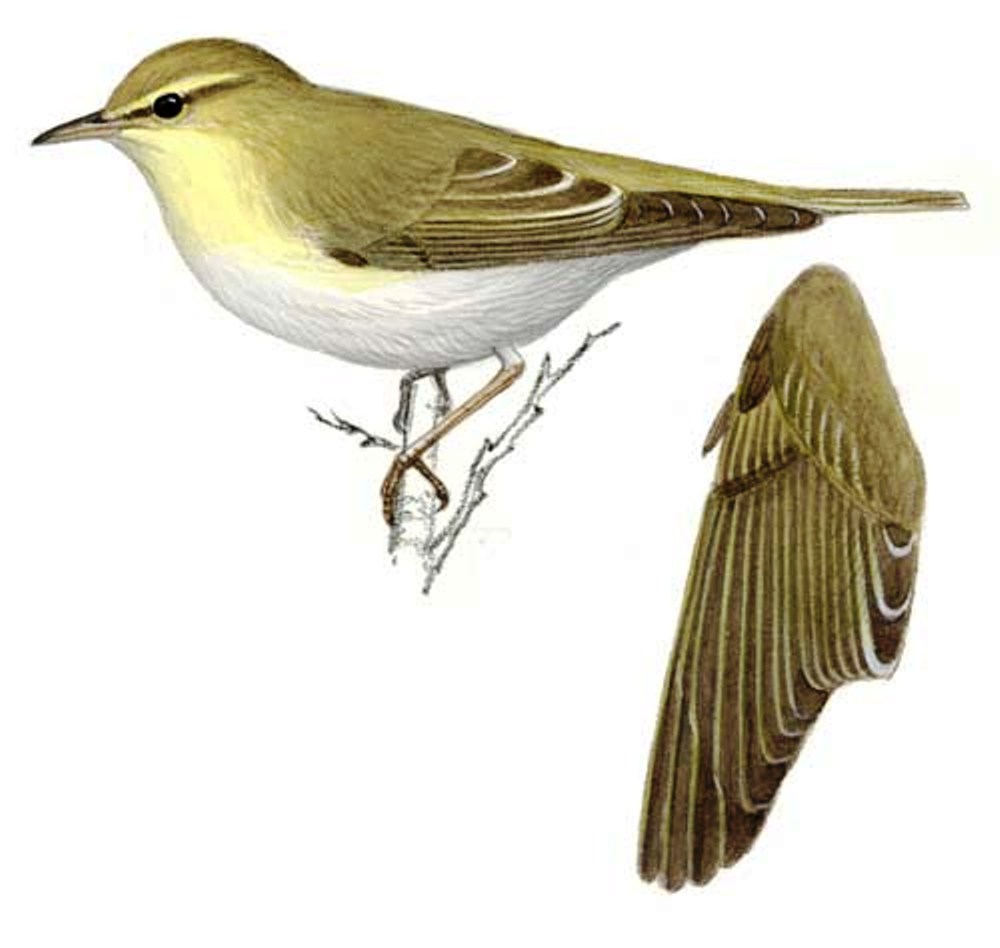 Description –
The Phylloscopus sibilatrix is ​​a bird with a total length of 12-12.5 cm, with a wingspan of 21-23 cm, for a weight of about 10 grams.
It is a species with little sexual dimorphism, with male and female which are apparently practically indistinguishable.
It has an olive green rump and back; the throat, the sides of the head, including the eyebrow, and the upper part of the chest are yellow; the belly is whitish. The tail is very short.
It has a pink-orange beak in the lower part and blackish in the upper part.
Young people are very similar to adults.
The song of this species is a protracted trill that starts slowly, then accelerates and decreases at the end.

Biology –
The wood warbler builds its nest in a hollow in the ground sheltered by the vegetation, filling it with blades of grass and small leaves. The nest is dome-shaped.
The female lays 5 to 8 small whitish eggs with gray and reddish-brown speckles.
The incubation period lasts about 15 days and after hatching the chicks, which are cared for by both parents, stay in the nest for about 2 weeks.
As for other species of birds, if the chicks are threatened, the mother puts in place a curious “pantomime”: she moves away from the nest walking on the ground, pretending to be wounded in a leg or a wing; with this behavior she draws the predator’s attention to herself, moving it away from the nest, and then flying away.

Ecological Role –
The wood warbler feeds mainly on small insects, including mainly lepidoptera and diptera, and their larvae. Under certain conditions the diet is supplemented with small berries.
This is a bird of open but shady mature woods, with the presence of beeches and oaks, with some scattered ground cover for nesting.
Its predators include mainly medium-sized carnivores, which mostly prey on nests at night using sound or smell.