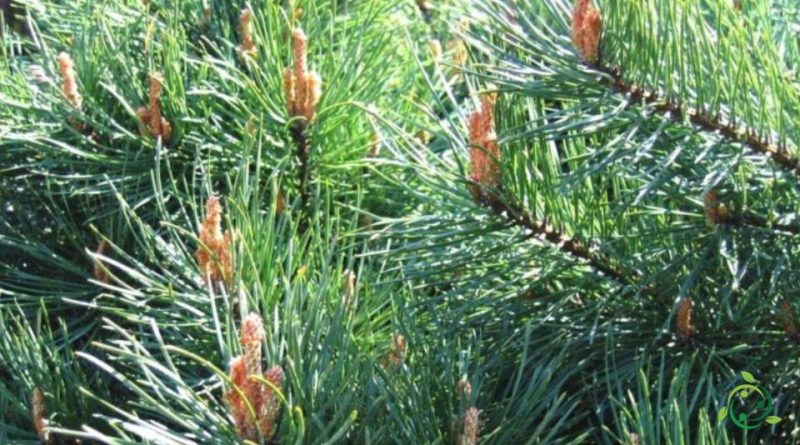 How the Scots pine is grown

The Scots pine or Scotch pine (Pinus sylvestris L., 1753) is an evergreen tree of the Pinaceae family of Eurasian origin and widespread from Scotland to eastern Siberia, with an area that is the largest among all the Pinus species. In Italy it is widespread in all continental valleys, from Val di Susa to Tarvisio, and also has relict populations on the northern Apennines.
This plant, Italy, is naturalized in the north, in Piedmont, Aosta Valley, Lombardy, Veneto, Friuli, Trentino, Liguria and Emilia Romagna, between 100 and 1800 meters above sea level.
Its reproductive structures are small yellow male cones, which appear thickened at the base of the shoots, the female ones, generally isolated, have no peduncle. First globose and greenish, they later become strictly conical, sometimes a little curved, light brown, no longer than 4 cm long.
The Scots pine is a heliophilic plant that tends to settle on the southern slopes in an open environment, possibly even degraded, behaving as a pioneer species, where it forms pure woods or is associated with Larch, Red Pine and Black Pine, or with junipers, downy oaks or even it can be present in broom and citiso bushes.

Cultivation –
Pinus sylvestris is a tree that grows best in light, sandy, very well drained soils, with a weakly acidic pH, not less than 5.5, in full sun or at most in light shade. On the other hand, it suffers in too heavy soils which can considerably shorten its life, and the humid ones slow down a lot its otherwise rather fast growth; otherwise it is a species that adapts quite well to suboptimal conditions of the substrate. It tolerates marine exposures, strong winds, air pollution, and even dryness when it is well established.
The plant propagates by seed which must be sown immediately after harvesting or in late winter, in individual pots to avoid repotting. It is advisable to keep the seedbeds exposed to light because brightness is essential for germination. The plant can then be planted within a couple of years, taking care to provide mulch to avoid the competition of the young Pinus sylvestris with weeds and to protect the plant from the cold at least for the first two winters.
As with other pines, however, it does not tolerate transplantation when the saplings have already reached a height of about 90 cm.
The best results are obtained with plantings of 5-10 cm high seedlings.
Another propagation system can be the vegetative one but by cuttings the growth is rather slow.
Under this plant, as happens with all pines, the soil, due to inhibiting substances and the decrease in pH, becomes inhospitable for a whole series of plants.
For this reason, only acidophilic and shadowy plants can be grown under this plant, such as azaleas, hydrangeas, hostas and small Japanese maples.
For ornamental purposes, Pinus sylvestris lends itself to being cultivated as an isolated specimen, in groups, alongside other conifers or broad-leaved trees. It can be pruned according to topiary art and placed side by side with box trees or cypresses in formal gardens. Less drastic pruning, but skilfully carried out to make its foliage tidy, can make it suitable for being part of oriental style gardens. Or it can be left free to grow as it likes, in natural gardens where it will attract wildlife.

Uses –
The Scots pine is a resiniferous species once cultivated for the production of natural turpentine, today it has an almost exclusively forest importance.
Only the Scotch pine from northern Europe (Swedish pine) provides a valuable wood.
The uses of Scots pine are variable. The wood of the Scots pine is used for building and naval constructions, windows, musical instruments, furniture, packaging, paper pulp, plumbing work, etc.
This essence is widespread with extensive reforestation in central Europe and the Alps, where it is useful for enhancing low fertile agricultural land. It is managed by making smooth cuts of small dimensions that favor natural renewal. The cuts can be: holes of 500 square meters or strips of 3000 square meters.