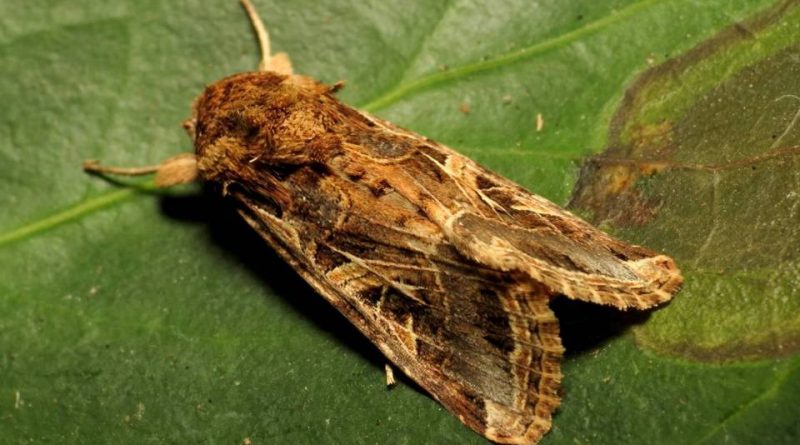 Geographic Distribution and Habitat –
The African cotton leafworm is a highly polyphagous species that feeds on plants belonging to 40 families and 87 species of economic importance. This moth is native to Egypt and is widespread, finding suitable environments in Africa, the Canary Islands, the Middle East and parts of Mediterranean Europe including the Balearic Islands, Madeira and the Azores.
The insect is found in most regions of Middle Eastern countries such as Israel, Syria and Turkey. This species has also been found in southern and Mediterranean Europe, mainly in Spain, France, Italy and Greece.
The optimum temperature for the species’ reproductive potential is around 25 ° C, so areas with lower winter temperatures or fluctuating temperatures show limited species distribution.
Furthermore, the combination of high temperature and low humidity is detrimental to the survival of the species as temperatures above 40 ° C or below 13 ° C tend to increase the mortality rate. Consequently, Spodoptera littoralis resides in regions where temperature fluctuations are rare to feed on a variety of host plants, where females lay eggs and where larvae can develop.
Spodoptera littoralis is particularly widespread in the Mediterranean regions, both Italian and North African. In our northern regions it has spread, in recent years, in protected crops, taking to the open field towards late spring and summer.
Species distribution occurs mainly through trade when eggs or larvae settle on ornamental plants or imported crops. Adult moths are often spread by the wind but are also carried by other species.
The main host plants in which it can cause considerable damage are: cotton, vegetable crops (Solanaceae), Corn and flowers in general.

Morphology –
The adults of Spodoptera littoralis have a wingspan of 30-40 mm with brown-greyish front wings; the livery is completed, moreover, by brownish and whitish designs placed transversely, more intense at the distal margin. The hind wings are whitish.
The larvae, like many other nocturnes, can take on different colors ranging from greyish to yellowish green. They also have longitudinal, yellowish or greenish streaks, and black and yellow spots on the sides of the body; the black spots are particularly evident both towards the ventral and towards the dorsal region, where they take on the appearance of real spots.

Attitude and Life Cycle –
Spodoptera littoralis is a butterfly that overwinters in the ground at the chrysalis stage.
The adults flutter in early spring, between March and April and mate soon after.
The females subsequently lay eggs on the vegetation, giving rise to a series of generations whose number is very varied and depends on the environments and migration phenomena, also characteristic of this moth.
The damage is caused by the larvae and occurs on the leaves, flowers and fruits. The most marked erosions occur on the leaves; however, even on the fruit the superficial erosions cause the loss of the product.

Ecological Role –
The fight against Spodoptera littoralis has been carried out up to now with treatments that are carried out at the first manifestation of the adult populations, in the presence of ovature or small larvae. The more timely the intervention, that is, the more it is at the beginning of the hatching of the eggs, the better the results will be. It is also possible to activate biological control interventions using Bacillus thuringiensis ssp. kurstaki. Adult monitoring is performed with funnel traps installed in late winter-early spring.
It should also be remembered that good agro-ecological practices, greater associations, rotations, increase in the biodiversity of the fields can favor the decrease of the populations of this moth.
Furthermore, it should be remembered that Spodoptera littoralis is controlled, in nature, by many predators, pathogens and parasitic species that limit the growth and distribution of the insect.
Among natural predators it has been observed that ladybugs prey on young larvae and eggs. Other well-known generalist predators include Paederus fuscipes (staph beetle), Paederus alferii, Labidura riparia, Creontiades pallidus, etc. Spiders are also known predators of this species. In particular, Cheiracanthium mildei and Ummeliata insetticeps are dominant predatory species of S. littoralis that not only feed on the larvae but also induce dispersal from the host plant.
For this reason, any interventions to limit Spodoptera littoralis must be carried out with a preventive analysis and ecological monitoring of the cultivated fields.