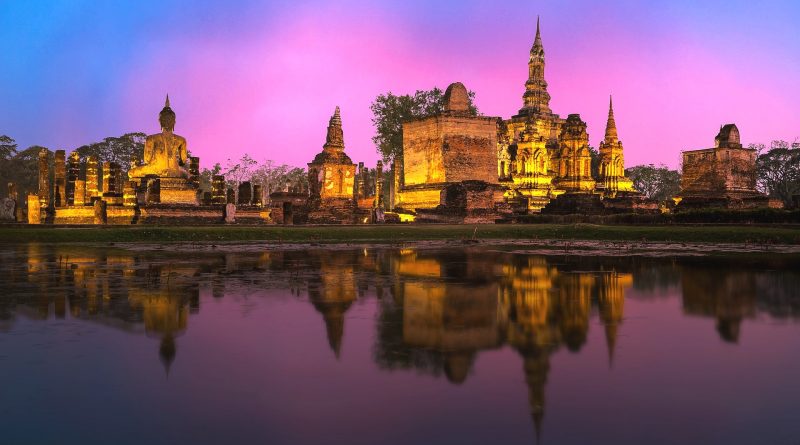 Thailand is a state in Southeast Asia, bordered by Laos and Cambodia to the east, the Gulf of Thailand and Malaysia to the south, the Andaman Sea and Burma to the west, and Laos and Burma to the north.
According to the latest survey of 2021, this country has a population of 69,938,626 inhabitants and a total area of ​​513,120 km².
The capital of Thailand is Bangkok with 8,305,218 inhabitants.
Thailand is also known as Siam which was the official name of the nation until June 24, 1939 and from 1945 until May 11, 1949, the date of the definitive assumption of the current name.
This country, between the eighties and nineties of the last century, started a significant process of industrialization that led it to be one of the middle-income powers among the countries bordering the Pacific, becoming one of the most powerful people of South East Asia; the key sectors of the Thai economy include tourism, manufacturing and exports.

Geography –
Thailand has an area comparable to Spain and is a country with distinct geographical regions. Northern Thailand is mountainous and is home to Doi Inthanon, the highest peak in the country with its 2,576 meters; a series of mountain ranges and the Saluen River separate it to the west from Burma, the Mekong River forms the northeastern border with Laos. Northeast Thailand, also called Isan, is made up of the Khorat plateau; it too is separated from Laos to the north and east by the Mekong, while a series of low mountain ranges mark its southern and western borders. South of Isan, the Dângrêk mountain range marks the border with Cambodia.
The nation’s center is dominated by the largely flat valley of the Chao Phraya River, which flows into the Gulf of Siam; the western part is marked by mountain ranges that form the border with Burma and the eastern part by the Cardamom mountains, which demarcate the border with Cambodia. Southern Thailand extends along the Malay Peninsula, which is crossed by the Tenasserim mountain range and has its narrowest point in the Kra Isthmus, near Ranong, where the border between Thailand and Burma ends in the south. .
On the Gulf of Siam and the Andaman Sea there are many islands with state-of-the-art tourist facilities, which represent one of the country’s main sources of wealth. In addition to the capital Bangkok, among the most populous and important cities there are Nonthaburi, Pak Kret, Nakhon Ratchasima, Chiang Mai, Hat Yai, Udon Thani, Khon Kaen, Ubon Ratchathani, Nakhon Si Thammarat, Nakhon Sawan, Nakhon Pathom, Phitsanulok, Pattaya , Songkhla, Surat Thani, Phuket Town and Chiang Rai. 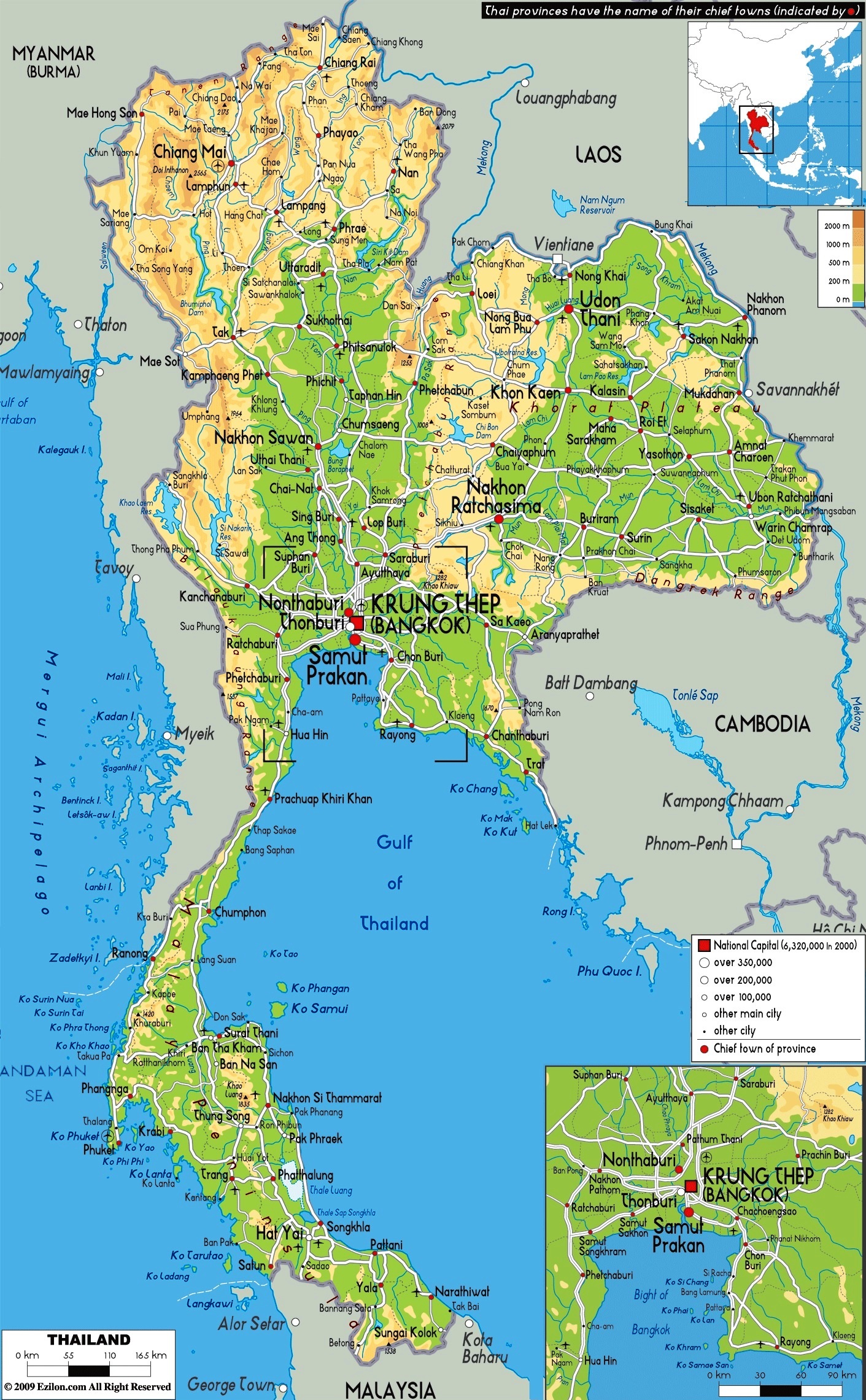 Climate –
Thailand has a tropical climate, characterized by the presence of monsoons. The particular geographical shape of the country that develops in the meridian sense creates different microclimates and temperatures vary according to the area. In general, the cool season runs from mid-October to January, with the onset of the dry and cold monsoon in the northeast and temperatures that in the north even reach zero. The hot season runs between February and April with temperatures reaching 40 ° C. The rainy season, determined by the southwest monsoon, begins between May and June and ends in October / November. In the southern areas, which are warmer and wetter, the cold season is shorter; the monsoon blowing on the coasts of the Andaman Sea causes the rains to end a couple of months later than in the rest of the country.

Flora-
Thailand is a country full of forests, shrub-strewn grasslands and swampy wetlands dotted with lotuses and water lilies.
Unfortunately, since the mid-twentieth century, the total area of ​​forests has decreased from over half to less than a third of the entire country. Felling of forests to create agricultural land (including tree plantations), overexploitation of timber, and poor resource management were the main causes of this decline.
The forests of Thailand are characterized above all by the presence of trees with consistent wood such as teak and by species of the Dipterocarpaceae family, exploited both for wood and for resin. As elsewhere in Southeast Asia, palm trees, rattan, and many types of ferns are common. Where forests have been cleared and not replanted, secondary grass and shrub growth has developed which often limits land use for agriculture. Lotuses and water lilies dot most of the ponds and swamps across the country.

Fauna –
In recent times, the rapid deforestation, together with the significant increase in the demand for exotic animals, has witnessed a decrease in the fauna biodiversity of this country.
Rhinos and tapirs, once widespread in many parts of the country, have all but disappeared, as have herds of wild elephants. A similar fate has befallen gibbons and some species of monkeys and birds. While serious efforts have been made to prevent the illegal sale of endangered species, they have had only limited success. As with other conservation laws, which have a long history in Thailand, it has been difficult to implement and enforce such laws.
In addition, Thailand’s waters, both fresh and marine, once abounded in fish, as well as shrimp, prawns and sea crabs, but their numbers have rapidly plummeted due to over-exploitation of fisheries and the destruction of their own. natural habitats. Many of the shrimp and prawns that are sold in local markets or exported come from dedicated farms. Today, it is easier to see a snake, including king cobras and some species of venomous water snakes, on reptile farms than in the wild, although they are still common. The same goes for crocodiles, still present in nature in the south of the country.