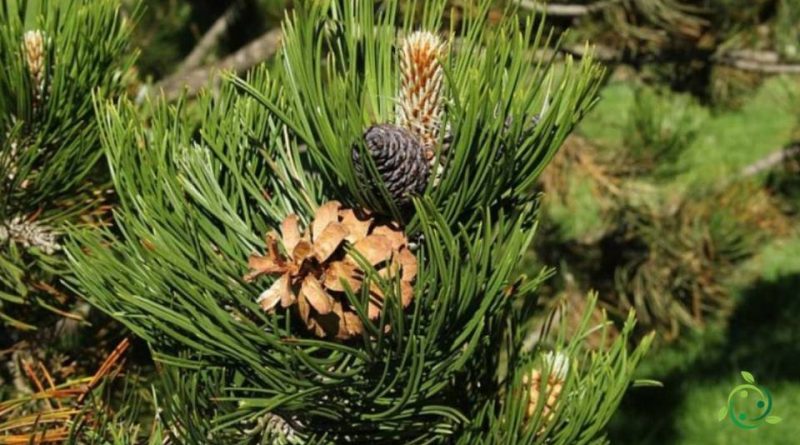 The Bosnian pine (Pinus heldreichii H. Christ 1863) is a species of the Pinaceae family native to the Balkan Peninsula and southern Italy. In Italy it is located on the Pollino massif in Calabria (Pollino National Park), where you can meet impressive specimens that are almost one thousand years old. In the Balkans it forms extensive forests.
Its reproductive structures are male flowers gathered in yellow catkins dotted with brown and female, gathered in groups of 3-5 elements, strobile-shaped are first purple red then, the second year, bluish to brown, ovoid, 7 long -8 cm, consisting of hooked scales towards the base.

Cultivation –
For the cultivation of the Bosnian pine, it should be borne in mind that this plant is present in Italy only in Calabria and Basilicata, between 600 and 1800 meters above sea level, in a calcareous, arid and sunny mountain environment, and on detrital and rocky soils, with woods. and groups that are never too dense or isolated.
Its optimal habitat is in high altitude grasslands and bushes together with thermoxerophile species, and on mountain ridges clinging to rocks.
This plant therefore requires exposure in full sun, a well-drained soil (which can have any texture, even sandy or clayey), cool summers and due to its characteristics it can be used in high altitude, arid and sunny areas, on calcareous substrates, where other conifers fail to thrive.
The Bosnian pine propagates by seed in spring after having vernalized the seed for 4-10 weeks.
When the seedlings are already manageable, they are repotted and the entire first year of life of the seedling is spent indoors.
Remember that it is a plant that needs care and attention especially in the first years of life, after which, if the conditions are optimal as indicated above, it will not take long to develop harmoniously.
The Pinus heldreichii can be used as an isolated specimen on difficult and exposed soils, in small collections of conifers also in containers with one of its dwarf varieties, and always with these varieties it can give a lot in borders or on rocky gardens together with suitable evergreen species.

Uses –
This plant could be useful for reforesting the Apennine slopes; its development is unfortunately threatened by fires and grazing which prevents its renewal. In ancient times, the loricato pine wood was used for the construction of furniture.
Currently, the Bosnian pine is mainly cultivated as an ornamental plant in parks and gardens. In the past, thanks to the wood rich in resins that make it more resistant to natural decomposition agents, woodworms and a pleasant smell, it was used for the construction of trunks and laundry boxes. Also due to the rich presence of resins, wood has the property of burning slowly and with a bright flame, which is why in the past it was used to make the torches used during local festivals.