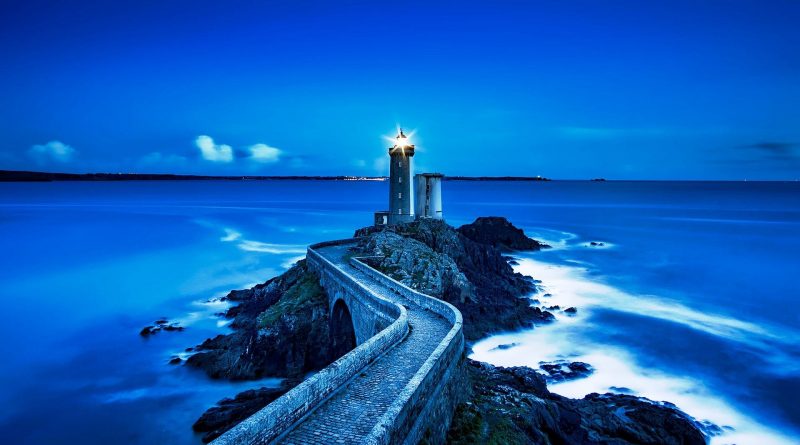 The term oceanic climate or Atlantic climate refers to a type of climate that is typically found along the west coasts to mid-latitudes on all continents of the world and in south-eastern Australia.
An ocean-like climate is also found on tropical highlands.
The oceanic climate is characterized by a slight temperature range as opposed to the Mediterranean climate as much more rainfall occurs during the summer.
In the oceanic climate, therefore, precipitation is possible at any time of the year, except in tropical areas, which will have climates more similar to that of the savannah (with dry climate in winter).
Another partial exception is the Pacific Northwest, where the summer period is relatively dry but the rainy season is very humid and long enough to avoid the summer heat that occurs in Mediterranean climate regions.
Oceanic climates are classified as humid, in relation to rainfall, with the exception of the Patagonian oceanic climate which is a dry oceanic climate.
As for the temperatures of the oceanic climate these vary between oceanic climates: the regions at lower latitude are subtropical from a heat point of view, but more commonly a temperate climate prevails, with cool winters, but not cold and warm summers but not hot. Summers are generally cooler than in areas with a humid subtropical climate.

Moving towards the poles, there is a subpolar oceanic climate zone (Köppen Cfc), with relatively mild winters and cool summers lasting less than four months: in this climate band, for example, the coast of Iceland falls (hemisphere boreale) and southern Chile (southern hemisphere).
The oceanic climate is found in major European cities such as London, Amsterdam, Brussels and Paris, but also in more distant cities such as Hobart, Australia, and Vancouver, Canada. There is an oceanic climate even in some areas of countries that we always imagine to be flooded by the sun. In Spain, for example, in the Vigo area, in Turkey, in Samsun, in Chile in Puerto Montt, and also in Brazil, in Curitiba.

Flora and fauna –
The fauna and flora also change in regions with oceanic climates.
In this climate, heaths and pastures prevail, but also dense broad-leaved woods among which plants we know well such as beech, oak, chestnut and elm and pastures stand out.
The animals most present in this environment and with an oceanic weather are deer, grouse, marten, wolf and motesm cat, and all those similar to them.