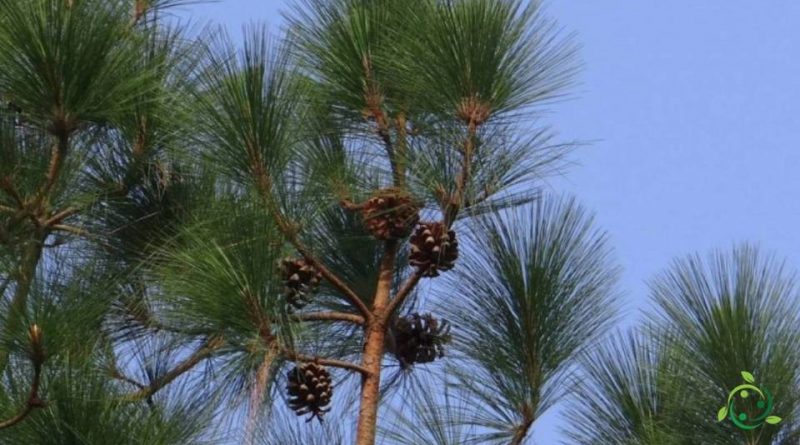 The Himalayan pine (Pinus wallichiana A.B.Jacks., 1938) is a tree of the Pinaceae family, native to the Himalayas and imported to Europe for ornamental purposes in the mid-19th century.
Its reproductive structures are: yellowish ovoid male cones gathered in spikes that release pollen in June; green-glaucous female cones, cylindrical, supported by a long peduncle, long when ripe up to 30 cm light brown, pendulous and curved, very resinous; the pine cones have scales with large furrowed apophysis and ending in an obtuse umbo.

Cultivation –
Pinus wallichiana is a plant that can be grown in Italy on condition that the suitable soil and climatic characteristics are well chosen.
It is a plant that prefers fresh, humid, deep soils, in sunny positions and adapts well to mild climates.
It is a fairly common plant throughout Italy, as an ornamental tree, in parks and gardens, including those of many historic Roman villas.
The optimal planting period is between October and March, taking care to regularly irrigate the plant especially in the first years of life, allowing the soil to dry out between one irrigation and another, which is necessary to avoid the formation of stagnation and excessive soil moisture. The presence of fungi and rotten roots, in fact, are signs that indicate water stagnation; to avoid this, it is advisable to provide a good drainage.
Pinus wallichiana has a good degree of resistance to cold.
As far as pruning is concerned, it is advisable not to carry out any type of intervention in order not to cause permanent damage to this tree.

Uses –
Pinus wallichiana is a tree appreciated in use as an ornamental plant due to its elegant bearing favored by the long drooping needles; it has also been used in reforestation.