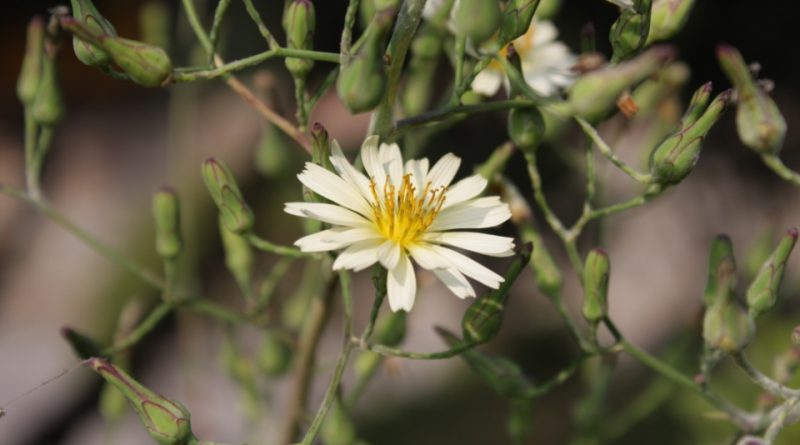 Etymology –
The term Lactuca comes from lac, láctis latte: due to the abundant white latex present in plants of this genus.
The specific epithet indica refers to India or the Indies.

Geographic Distribution and Habitat –
Lactuca indica is a plant native to western China (Xinjiang, Tibet), the Himalayas and southwestern Asia up to Turkey.
It has been widely introduced elsewhere, including in East Africa, and is thought to be an archaeophyte in Japan, brought with the cultivation of rice.
Its habitat is that of grassy places in the plains but can be found up to 2,000 meters above sea level. 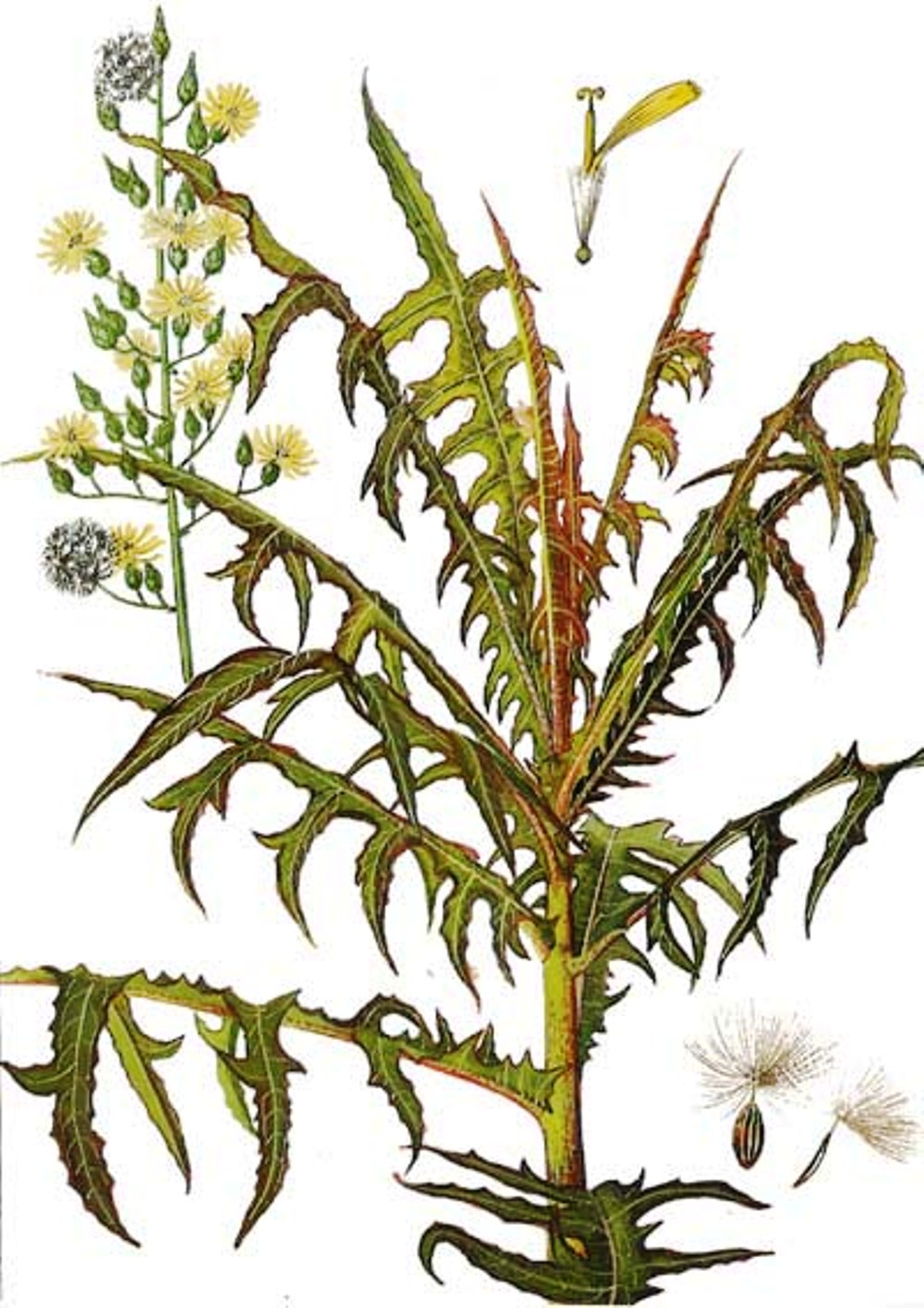 Description –
Lactuca indica is a biennial herb, which develops from a taproot at least 40 cm in height and often reaches 2 m.
The narrowness of the leaf blades and the degree of angularity of the leaf lobes varies considerably from region to region.
The lower leaves are senescent during flowering, a typical trait of this species.
The flowers are peeping inflorescences.
The radial flowers are white to pale yellow, the central ones more yellow.
The flowers are hermaphrodites and the corolla is gamopetala. The stamens are 5. The ovary is whole.
The fruit is an achene, it is called cipsela.

Cultivation –
Lactuca indica is a plant from the humid tropics, where it can be grown at altitudes of up to 2,000 meters. It grows best in areas where annual daytime temperatures are between 22 and 34 ° C, but can tolerate 10-40 ° C.
It prefers an average annual rainfall in the range of 1,500 – 2,500 mm, but tolerates 1,000 – 3,000 mm.
It grows best in a sunny location and prefers light sandy loam, but succeeds in a wide range of fertile, well-drained soils, with a pH in the range of 5 – 6, tolerating 4.5 – 6.5.
The first leaf harvest can be done after 30 – 60 days, when the plants are about 50 cm tall.
The yields of the leaves can be up to 10 – 20 tons per hectare.
The plant is sometimes grown for its edible leaves in parts of Asia, particularly Malaysia, Indonesia, the Philippines, Taiwan and Japan, and is also grown as fodder for rabbits, pigs, poultry, and even fish in Asia.
Propagation occurs by seed, with in situ sowing. Germination is generally rapid.
It can also be propagated by division, as long as each piece of root has a leaf shoot.
Finally, it can also propagate from root cuttings.

Customs and Traditions –
Young leaves of Lactuca indica can be, and are, eaten as a leaf vegetable in salads like other similar plants.
It is used in traditional medicines as an aid to digestion.
Although no specific mention of toxicity has been seen for this species, many plants in this genus contain a narcotic principle, this is more concentrated when the plant begins to bloom. This principle was almost derived from the cultivated forms of lettuce (Lactuca sativa), but is still produced when the plant begins to go to seed.
The leaves contain about 1.5% of proteins, 0.4% of fats, 2.2% of carbohydrates, 0.7% of ash.
The stem contains 0.6% protein, 0.1% fat, 2.1% carbohydrate, 0.5% ash.
The plant is digestive and tonic and is rich in a milky sap that flows freely from any wounds. This hardens and dries on contact with air.
The sap contains ‘lactucarium’, which is used in medicine for its anodyne, antispasmodic, digestive, diuretic, hypnotic, narcotic and sedative properties.
Lactucarium has the effects of a weak opium, but without its tendency to cause digestive upset, nor is it addictive.
It is taken internally in the treatment of insomnia, anxiety, neurosis, hyperactivity in children, dry cough, whooping cough, rheumatic pain, etc.
Concentrations of lactucarium are low in young plants and more concentrated when the plant comes into flower.
This is harvested commercially by cutting off the plant heads and scraping the juice in porcelain pots several times a day until the plant is depleted.
The plant should be used with caution and never without the supervision of an experienced practitioner. Even normal doses can cause drowsiness while excess causes restlessness and overdoses can cause death from cardiac paralysis.
Some doctors believe that any effects of this medicine are caused by the patient’s mind rather than by the medicine.
The sap has also been applied externally in the treatment of warts.

Preparation Method –
Indian lettuce is a plant that is used both as a medicinal and food plant.
For food use, raw or cooked leaves are used and added to salads or soups. They have a slightly bitter taste.
The stem can also be eaten cooked.
An infusion can also be prepared from this fresh or dried flowering plant.