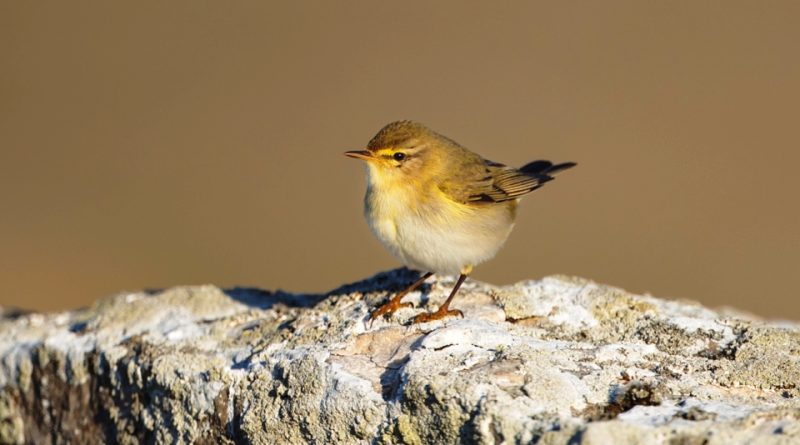 The willow warbler (Phylloscopus trochilus Linnaeus, 1758) is a passerine bird belonging to the Phylloscopidae family.

Geographic Distribution and Habitat –
The willow warbler is a species that with its subspecies occupies a vast range that includes almost all of central and northern Europe and Siberia where it is present from April to September and with long-range migratory flows for which its winter residence is a south of the Sahara in Africa. The travel time and the direction of migration are innate to him.
Its habitat is that of young, open woods and shrubs with small trees, including habitats altered by man such as coppices and young plantations up to 10-20 years. It prefers woods with high quantities of birch, alder and willow trees, with good quantities of lichens, and water features (e.g. streams), fields with large quantities of ferns and mosses and low brambles (for covering the nest) , but uses a wide range of other species, including young or open coniferous forests. 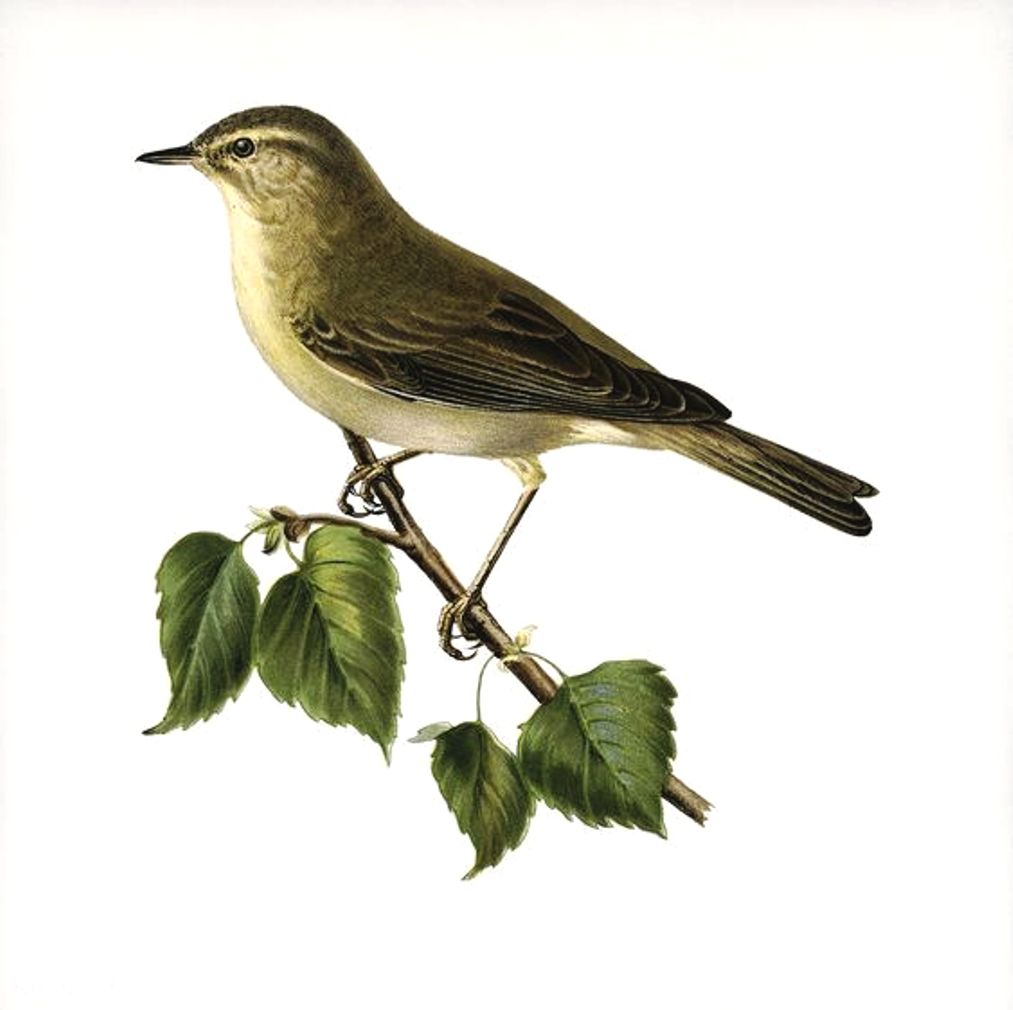 Description –
Phylloscopus trochilus is a passerine bird with a length of 11-13 cm, with a wingspan of 17-22 cm, for a weight of 8-11 gr.
Very similar to the common chiffchaff (Phylloscopus collybita), however it has a sweeter and more delicate song than the common chiffchaff, but when it is frightened or in the mating period, it emits a strong chirp, accompanying it with a spreading of the fan wings.
The upper part has a color ranging from green to olive green, the lower part is yellowish.
The throat, chest and stripe above the eyes are yellowish in color.
There is no sexual dimorphism regarding the color which is identical in both males and females.
The maximum age of this bird is 12 years of age.

Biology –
The willow warbler reaches sexual maturity after one year.
After mating, the main hatching period is from May to July. The nest is made with moss and grass, even provided with a canopy, it is well hidden in dense shrubs or grass.
In this the female lays 4 – 7 eggs which are hatched for 13 – 14 days.

Ecological Role –
Phylloscopus trochilus is a bird that inhabits mostly young, open woods and shrubs with small trees, including man-made habitats where it feeds on spiders, mollusks, berries, fruits, insects and their larvae.
All populations are highly migratory, with the subspecies P. t. yakutensis that migrates up to 12,000 km from eastern Siberia to southern Africa, one of the longest migrations of all for a bird of its size.
The highest population densities are found in Scandinavia (where it is the most common bird of all), with up to 1,100 pairs per square kilometer and a total population in Sweden and Finland of 24 million pairs. Lower densities occur further east, with maximum densities of 27 pairs per square kilometer in central Siberia. Even lower densities are found at the southern limit of the breeding range, with just 9 pairs per square kilometer in Switzerland and a total of just 100 pairs across northern Spain.
Unfortunately in some areas, such as in England, this species has decreased; in this country there has been a population decrease of 70% in the last 25 years, with the greatest declines in the south-east. There have been some increases in Scotland.
However, according to the IUCN Red List this species is still in a state of least concern, Least Concern (LC).